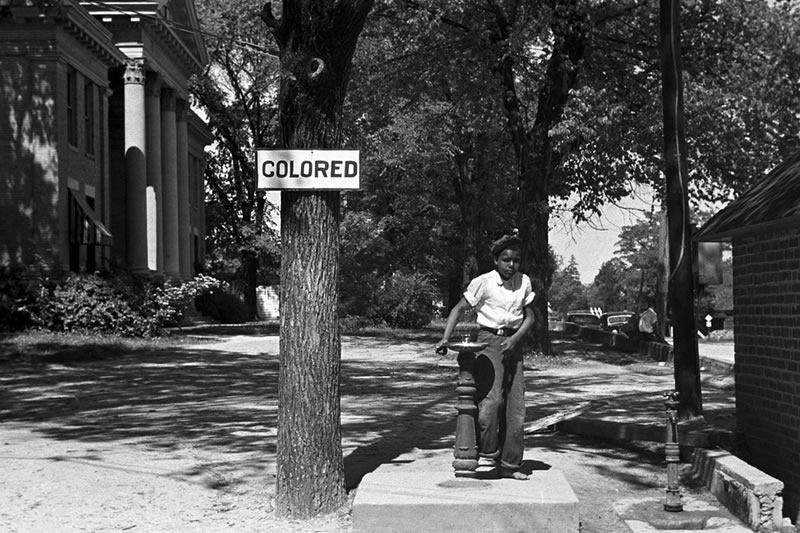 Now, I have spoken on this element many of times and have written about it quite often as well. Throughout the origin of African-Americans’ history in the United States of America, we as a race of people have been through many changes and that is of no surprise.
Spread the love

Marcus Garvey once stated that

“The Black skin is not a badge of shame, but rather a glorious symbol of national greatness,”

and I could not agree with him more.

Now, I have spoken on this element many of times and have written about it quite often as well. Throughout the origin of African-Americans’ history in the United States of America, we as a race of people have been through many changes and that is of no surprise. Along with those changes are the mere fact that we have been labeled with a wide range of terms. Though our blood bleeds the color same as other races, nationalities and people of different origins, there has been a need to label us with varying names as the generations have changed.

Now if you were to trace the roots and history of African-Americans since our forefathers’ entrance into these United States, you will find out that we have underwent about four different classifications as it relates to what “term” to associate with a person simply being “Black.” Now at first we were “Negroes,” the generation after that was “Colored,” following that group was “Black,” and now we are considered “African-Americans.” Now, ain’t that a real Mother for ya?!?

In no way, shape, form or fashion am I making this stuff up. If you don’t believe me, just go do some research and inventory on the subject. No matter what age group you’re in, look at your birth certificate and then compare it with two or three other people of the same ethnicity but born in different generations, and you can clearly see it for yourself. I don’t make this stuff up!

So in order to give our faithful readers a little history and insight into these various terms that we Africans living in America have been referred to, I have decided to define each term at an attempt to better help our audience understand these changes. The first term is the word “Negro,” which was used to describe an individual of dark- skinned ancestry. The name itself derived from the ancient Latin word, “Niger,” which meant “Black.” It has been said by some that the term “Negro” superseded the word “Colored” as the most polite word for African-Americans at a time when “Black” was considered more offensive. The term “Colored” began to be less popular during the Civil Rights Era. As history records, “During the American Civil Rights movement of the 1950s and 1960’s, some Black leaders in the United States, like Malcolm X, objected to the word ‘Negro’. This objection was in part because many people associated the word with the long history of slavery, segregation and discrimination that treated Black people as second class citizens.”

The term “Colored” was used to describe Black folks in the years 1910 – 1960. According to Henry Louis Gates, Jr. who was a professor at Harvard University, “Colored people lived in three neighborhoods that were clearly demarcated, as if by ropes or turnstiles.” He also said that “the colored world was not so much a neighborhood as a condition of existence.” It was this word that was one of the key terms used during the area of segregation. Restaurants, parks, communities, rest rooms and most public places were labeled in with two words which were “White Only” and “Colored.”

Next, there was the term plain old“Black.” According to the United States census of 1970, those individuals residing in the country that were of African descent were referred to as“Black.” The first time that it was recorded as a word to describe Blacks was noted in 1970. Following the usage of the term “Black,” the term “African-American” was introduced onto the scene.

This change was indicated in the 2000 and 2012 United States census. The word was used to describe anyone living in America that was of African descent. So as one may imply from reading this editorial, we Africans living in America have been through a great deal of changes. At this point, I really don’t know what other terms can be left to define us. But, I’m sure there will be another term added to this list in the future. Only time will tell. Nevertheless, we can not just dwell on terms and words that have been made up and used as a means to define or describe us as a race of people.

Addressing the faithful and loyal readers of African-American News& Issues, We MUST Understand that no matter what people call or label you as an individual, it has absolutely nothing to do with the potential that can be achieved within you. Even with all of the changes that our ancestors went through, it had no bearing on them pressing on and pursuing to do those things which they felt were necessary to make it better for those that were to come after them.

So although we have been called everything under the sun, in conclusion I would just like to mirror the words of W.C. Fields who stated that “It ain’t what they call you, it’s what you answer to.”