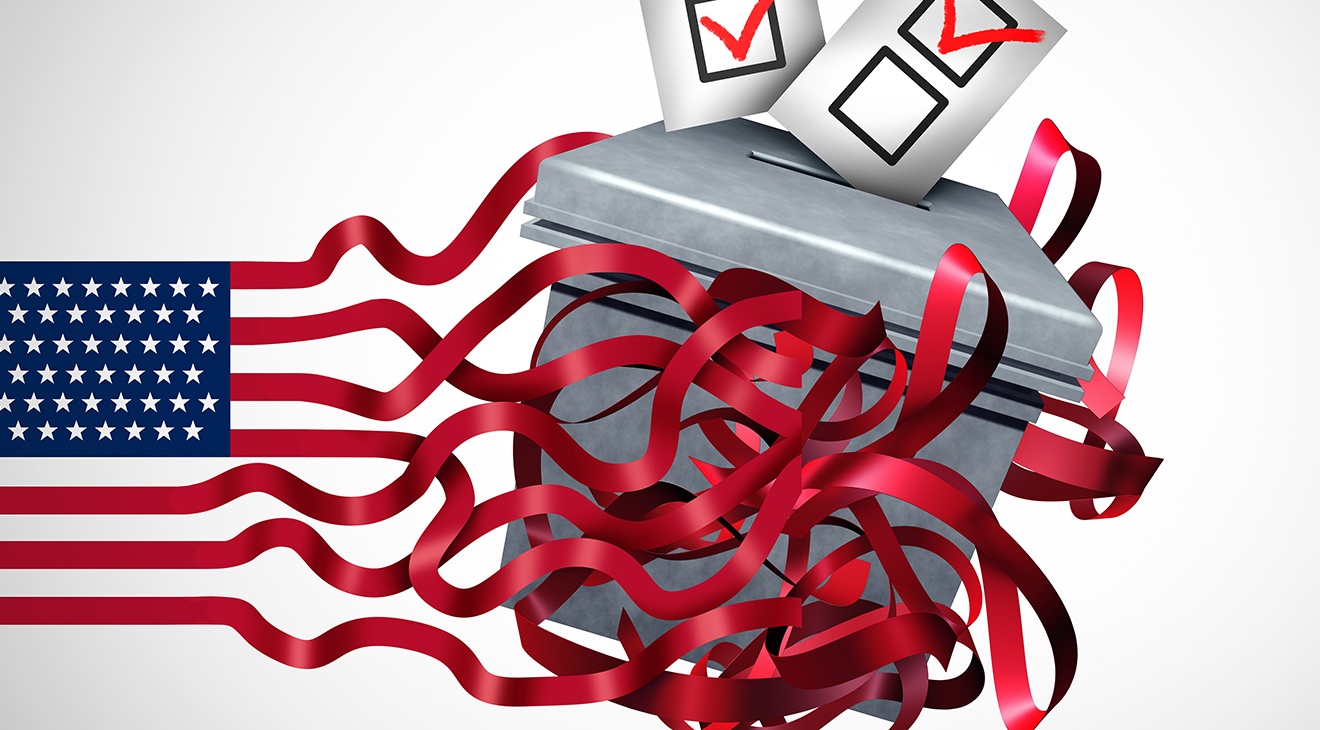 In 2021, 440 bills to restrict voting access were introduced in 49 states. Nineteen states passed 34 new laws making it more difficult to vote. There have been no cases cited demonstrating evidence of any widespread voter fraud. But the main focus of Trump Republicans is on unproven claims of fraud as they question the legitimacy of the 2020 elections a year away from congressional midterms.

With the clear indication that Senators Joe Manchin (D-WV) and Kyrsten Sinema (D-Ariz.) are against changing the filibuster rules in the U.S. Senate, a big battle over the passage of the John Lewis Voting Rights Advancement Act of 2021 is ahead in early 2022.

The legislation will restore the Voting Rights Act of 1965 which was weakened in 2013 by the U.S. Supreme Court. Now that Democrats are in control of The White House, the U.S. Senate and the U.S. House, voting rights advocates are pushing hard for the passage of federal legislation that would protect voting.

After the 2020 election of President Biden, who defeated former President Donald Trump by over seven million votes, Trump’s supporters have questioned the legitimacy of Biden’s victory but have provided no evidence. Several Republican States Secretaries around the U.S. certified Biden’s election victory. The Capitol was attacked by Trump’s supporters on January 6, 2020 on the day Biden’s election was to be certified.

The issue of whether Senators Manchin or Sinema will support a voting rights exception to pass the John Lewis Voting Rights Advancement Act of 2021 isn’t known. Senate Majority Leader Chuck Schumer (D-NY) made it clear that the Senate would focus on voting rights in January. He made the affirmation days after Sen. Manchin announced he would vote against President Biden’s signature legislation, Build Back Better.

On December 23, President Biden made his views on the issue clear.

Advocates to protect the vote have been pushing Biden and Congress to move ahead affirmatively for months. On December 21, officials in Lincoln County Georgia, a county that is nearly one-third Black, proposed closing 6 polling sites for 2022. The decision comes after Republicans took over the local election board.

“Republican-led legislatures across the South have redrawn election districts using fresh census data, and the new maps will leave many communities of color in the Black Belt — a region of over 600 counties with large Black populations stretching from East Texas to Virginia — with less political power,” wrote Billy Corriher in “Facing South.”

The battle over voting rights is very likely to come to a head before March 2022.

Corruption!
What you need to know about omicron
Comment