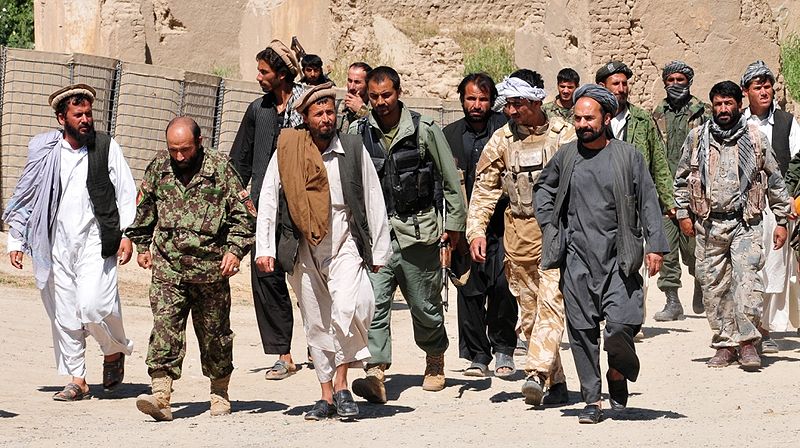 We provided our Afghan partners with all the tools — let me emphasize: all the tools, training, and equipment of any modern military,” the President declared in July.

Even as President Joe Biden announced earlier this year that the United States would entirely withdraw from Afghanistan, Taliban fighters made their presence felt.

After President Biden’s April announcement, the Taliban reminded the world that it never recognized its democratic government.
Today, images of crowds of Afghan citizens – most feared for their lives, desperately clinging to a U.S. Airforce plane as it took off, likely will never go away.
At least three people fell hundreds of feet from the aircraft and died as they attempted a most defying trip out of the country.

“Our military commanders advised me that once I made the decision to end the war, we needed to move swiftly to conduct the main elements of the drawdown,” President Biden remarked last month.
He added that “speed is safety.”
The President now faces criticism from within his party, and his own words appear to bite.
“We provided our Afghan partners with all the tools — let me emphasize: all the tools, training, and equipment of any modern military,” the President declared in July.
“We provided advanced weaponry. And we’re going to continue to provide funding and equipment. And we’ll ensure they have the capacity to maintain their air force.”

As the nation awaits the President’s address on Afghanistan on Monday, Aug. 16, the White House essentially has called the middle eastern government cowards.
According to Russian officials, Afghan President Ashraf Ghani fled the county with several automobiles and a helicopter so filled with cash that money was left behind because it all couldn’t fit.
Ghani claimed he left the country to encourage peace and avoid death and destruction in a statement issued over the weekend. “Afghan leaders have to come together. We lost thousands – lost to death and injury – thousands of American personnel,” President Biden explained last week.
“They’ve got to fight for themselves, fight for their nation,” he insisted.

The President also laid the blame at the feet of former President Donald Trump.
“When I came to office, I inherited a deal cut by my predecessor – which he invited the Taliban to discuss at Camp David on the eve of 9/11 of 2019 – that left the Taliban in the strongest position militarily since 2001 and imposed a May 1, 2021, deadline on U.S. Forces,” President Biden asserted.
“Shortly before he left office, he also drew U.S. Forces down to a bare minimum of 2,500. Therefore, when I became President, I faced a choice: follow through on the deal, with a brief extension to get our forces and our allies’ forces out safely or ramp up our presence and send more American troops to fight once again in another country’s civil conflict.
“I was the fourth President to preside over an American troop presence in Afghanistan – two Republicans, two Democrats. I would not, and will not, pass this war onto a fifth.”

Twenty years ago, in response to Sept. 11, 2021, terrorist attacks on the World Trade Center in New York, the Pentagon in Washington, and the failed attempt in a remote area of western Pennsylvania, then-President George W. Bush, ordered the attack on the Taliban and Al Qaeda in Afghanistan.
The war extended to Iraq, where American troops were instrumental in capturing – and eventually hanging death – of dictator Saddam Hussein. After receiving concrete intelligence, nearly ten years later, then-President Barack Obama sent a Navy seal team into Pakistan, where they killed Osama bin Laden, the mastermind behind the 9/11 attacks.

Early Monday, the U.S. military took control of the main airport in Kabul, Afghanistan, while the Taliban seized the presidential palace.
As the Biden administration attempts to remove all American personnel and certain Afghani citizens
“The Taliban is back in Kabul,” analyst Stephen Collinson wrote for CNN.
“Afghans are once again sliding into a new dark age of repression and persecution of women. And the United States is beating a humiliating retreat, becoming the latest superpower humbled in Central Asia’s graveyard of empires.”