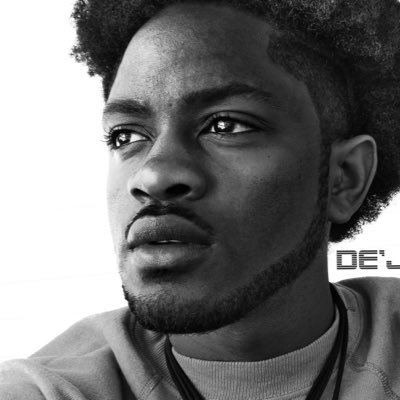 Growing up wasn’t easy for De’Jamari, as his childhood was filled with many ups and downs. With an absentee father, his mother, grandmother and aunts collectively raised him. He expressed, “It wasn’t an easy road but, they made it work.”
Spread the love

HOUSTON– “The biggest trials I’ve faced in life were trying to be a man without my father’s help, and escaping the curse of being a product of my environment,” expressed Dathan Kees, also known as De’Jamari, who is a music artist that has always had a passion for music.

Growing up wasn’t easy for De’Jamari, as his childhood was filled with many ups and downs. With an absentee father, his mother, grandmother and aunts collectively raised him. He expressed, “It wasn’t an easy road but, they made it work.” He gives much credit to his great grandmother Ruby Beatrice Battle stating, “She did a great job raising us all, because looking back on it, we were very poor, but didn’t realize it.”

At a young age, De’Jamari was hypnotized by the sounds of jazz, blues and soul music. Every time he heard the voice of Johnny Taylor, he would immediately go into performance mode. He is inspired by many artists and some of his favorites include; Gerald Levert, Jaime Foxx, Bruno Mars, Miguel, Luther Vandross, Sisqo, Chris Brown, Prince and Michael Jackson. Kenny G caught his attention with his saxophone skills and even gave him a sense of meditation.

De’Jamari can’t specifically point out an artist who has influenced his work the most because his “talent and creativity are mixed into a big pot of gumbo.” “I have taken bits and pieces of every genre and made it into my own…when the people hear my music they will know right away that they’re getting something true. Music soothes the soul and people miss that dynamic of the game. They are hungry for that soulful feeling and I have the recipe to give them,” expressed De’Jamari.

Besides having an absentee father, De’Jamari has had other struggles as well. At one point in his life, he was sleeping in his car. He would park in a church parking lot so that the police wouldn’t bother him. In addition, he has had issues trying to find work, and even struggled between jobs because he wasn’t comfortable working a 9 to 5 job. When he did find work, the minimum wage jobs just weren’t enough. Because of his obstacles, it led him make to some decisions that eventually caught up to him.

Being in the music business has also allowed De’Jamari to meet different types of people. Some of them were helpful in his growth as an artist, some used him for his artistic abilities, and others just didn’t understand the level of loyalty and dedication that he has for his music. “I even turned down a few distribution deals thinking I was showing my loyalty to my associated team and then got blindsided when that partnership faded,” expressed De’Jamari.

In spite of, De’Jamari continues to push through stating, “I know that faith without works is dead, so I work to pave the way until my faith carries me into my season.”

There are many goals that De’Jamari has for himself and others. He believes that the most valuable resource is time, so he plans to use it wisely and use it for good. He wants to give back to his community, and to teach and reach millions of people to bring God’s plan into fulfillment. Personal growth and financial stability are also some of his goals as well.

In addition, there are a few projects that De’Jamari is currently working on. He has his hands tied into his second EP, which he currently does not have a title for. He is also working on his first official album titled ThuggishSoulChild.

“I came up with the title for the album after my cousin gave me that nickname. It fits me and my situation so well. I’m no gangster nor am I a stereotypical thug. However, I’m a ‘True Hero under God’on a mission to sing my soul out and make a way out of no way.”

He further expressed, “Since I was a child, I wanted to help everyone else out. Now I realize how I have to capitalize on my God given ability to make it all work.” He is also focused on his clothing line, Thirty-One Legacy, which he dedicated to his grandmother.

De’Jamari has a voice that is unique and mesmerizing, and sings songs that have a real-life story behind them. He is on a mission from God, and won’t let anyone stand in his way. Destined for success, he plans to achieve every one of his goals, and plans to help many other people along the way.

“Pray with me for success on my mission,” he concluded.