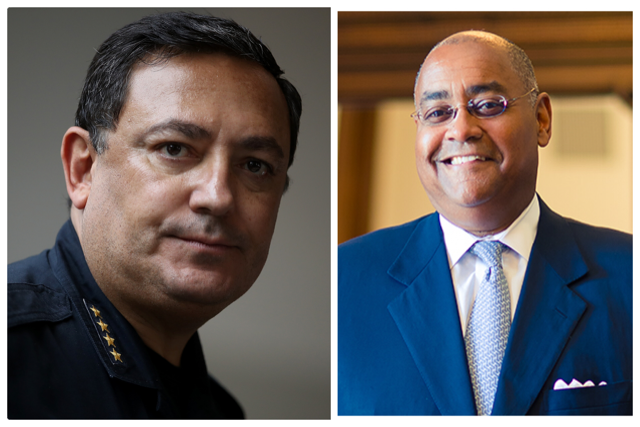 Acevedo cannot give lip service to racial equity while opposing critical reforms that would help our communities thrive – especially when he knows first-hand the need for increased accountability and reform to law enforcement practices.
Spread the love

This past week marked a year since the public murder of George Floyd at the hands of convicted former Minneapolis police officer Derek Chauvin. Floyd was a son of Houston’s Third Ward, and his death hurt our community especially hard.

In the aftermath of his death, public officials from our city, including then-Houston Police Chief Art Acevedo, joined the cries for racial justice and changes to the way we think about public safety, policing, and the criminal legal system. Then, as Houston homicides were soaring, and HPD’s clearance rate for solving murders dropped precipitously, Acevedo left Houston without warning to take a job in Miami. Now, Acevedo has decided to target me and misrepresent my beliefs, supposedly for my advocacy of criminal justice reforms like misdemeanor bail reform, instead of answering for his role in making Houston less safe.

Art Acevedo’s problem is not bail reform – it’s that he bailed on his job when the going got tough.

Misdemeanor bail reform is working as intended – it is ensuring that Harris County respects the constitutional rights of anyone who is charged with a crime, regardless of their ability to pay for freedom, without affecting public safety. Our justice system begins with the assumption that innocent people should not be in jail and that pretrial detention should only occur on the basis of clear public safety concerns, not on an individual’s financial situation.

A Spring 2021 report by the same researchers found Harris County’s misdemeanor bail reform had no impact on the rate of crime committed by individuals released pretrial and that this rate has slightly decreased.

It’s absolutely shameful that after marching in the streets after George Floyd’s murder and taking selfies with protestors, he is now actively working against progress in our criminal legal system.

Acevedo cannot give lip service to racial equity while opposing critical reforms that would help our communities thrive – especially when he knows first-hand the need for increased accountability and reform to law enforcement practices. Under his tenure at the Houston Police Department, a no-knock warrant based on false information from an officer led to the deaths of two innocent peopleAcross the nation, Acevedo and other bad faith actors are using crime rates related to an unprecedented global pandemic and economic crisis as an excuse to maintain oppressive and discriminatory practices in our criminal legal system, including cash bail.

One year since George Floyd’s murder, Black people are still being incarcerated at five times the rate of white people. Half of the Harris County jail population is Black despite being only 20% of our county’s population. Nationwide, more than 60% of the people in prison today are people of color.

Acevedo wants to maintain this racist and discriminatory system that incarcerates people only because they don’t have money. As Jay Jenkins of the Texas Criminal Justice Coalition said in The Appeal, “it is these failures of Chief Acevedo…not the pretrial release of individuals deemed innocent until proven guilty by the laws of our country, that continue to make a mockery of the criminal justice system.”

This will not change without action.

The pandemic has reinforced that our community can only be strong if it is healthy. Safe and healthy communities need affordable housing, quality public education, economic opportunity and accessible health care. The scale of our solutions must match the scale and scope of the problems that we face. The Harris County Commissioners Court promised real action and change after Floyd’s death, and we passed a sweeping package of reforms to move away from discriminatory systems of mass incarceration to true community safety and justice.

Residents across the country and county are calling for more oversight and transparency in use- of-force polices. Our County’s Justice Administration Department is working with law enforcement agencies to develop a common policy to minimize use of force, and to create a publicly accessible dashboard documenting use-of-force incidents. We are exploring the possible legal powers of a civilian oversight board. We are also doing a deep dive into the racial disparities throughout all steps in our criminal justice system—we cannot fix these problems if we don’t diagnose them.

This year we will launch Holistic Alternative Responders Teams (HART), in which first responders trained in behavioral health and medical care will address many 911 calls that currently get routed to law enforcement as the default responder. We are also developing violence interruption programs that include hospital- and community-based interventions to support survivors of violence and de-escalate conflicts.

Finally, we are also increasing our support for indigent defense because everyone has a right to quality legal counsel, regardless of their ability to pay. This means investing in a strong Public Defender Office and improving our system of appointed attorneys through a Managed Assigned Counsel program.

We need more than lip service to racial justice to truly move forward as a country. Doubling-down on old, discriminatory tactics of mass incarceration that punish people for being poor, for mental illness, for substance use, and for being homeless have not and will not make our communities safe. We must invest in a new vision for our communities and our country, from Houston to Miami.