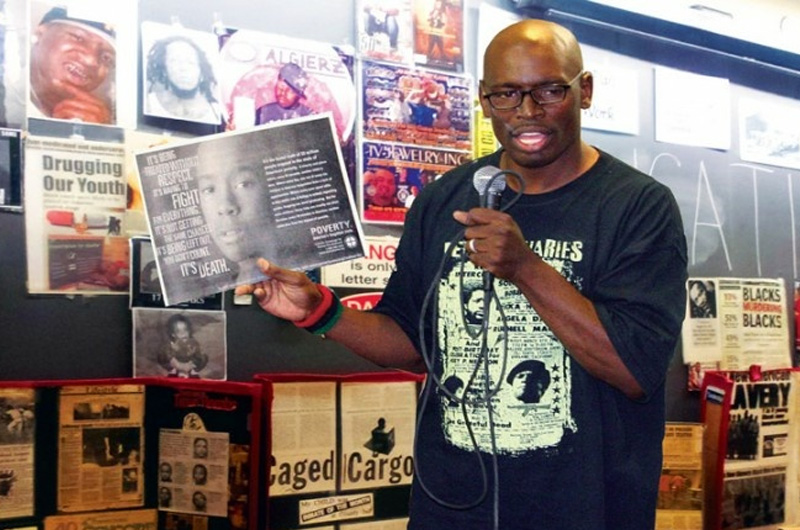 Reginald Gordon is very familiar with getting caught up in the American prison system at a young age. He served 19 years and 9 months behind bars.People usually write off Black men who get a criminal record, the country is unforgiving even after they “pay their debt to society”, and most of them are expected to return to jail upon release.
Spread the love

HOUSTON – Reginald Gordon is very familiar with getting caught up in the American prison system at a young age. He served 19 years and 9 months behind bars.

People usually write off Black men who get a criminal record, the country is unforgiving even after they “pay their debt to society”, and most of them are expected to return to jail upon release.

Gordon has personally beaten the odds and since being out of prison for over 17 years, he has been relentless in his efforts to save countless young boys and girls from going into the “Belly of the Beast.” If they’re already entangled in the system, he’s not giving up on them.

“As a community, we have distanced ourselves from the youth. We have to regain the confidence, respect and trust of our young people. We got to almost be willing to sacrifice our life to gain respect. They don’t see hope in most of our organizations anymore”, said Gordon.

“They feel hopeless but they see me, that I won’t stop coming out to reach them. I keep my focus and keep doing the work to save these young brothers and sisters in these streets. A lot of them are doing things in the day light hours that they usually would do only at night. That’s how bad it is out in the streets and why we must step up out efforts.”

Gordon’s platform is Operation Outreach OG1, which has consistently offered a plethora of unique services to the community, with a particular focus on youth.

The organization recently hosted another powerful seminar at Burks Funeral Home in Third Ward. The focus was on stopping the violence, police brutality, and conflict resolution. Gordon says he had women to talk to the male attendees about domestic violence to address questions such as: “How should you conduct yourself around women?” and “Is it alright to hit a woman or manly to walk away?”

Gordon said that aspect of the seminar was inspired by the recent tragedy in Pearland involving a man killing his pregnant 16-year-old girlfriend. Another case was an alleged sexual assault victim’s calling on police to take action after photos and videos of their alleged attack appearing on social media.

“No matter what’s going on, I can’t stop doing this work. And there’s always more we can all do,” said Gordon.

According to a study, one in every three Black males born into this world can expect to go to prison at some point in their life, compared with one in every six Latino males, and one in every 17 White males.

This and more dismal statistics presented last year by the Sentencing Project in their report regarding racial disparities in the United States criminal justice system.

The report argues that, “The source of such disparities is deeper and more systemic than explicit racial discrimination. The United States in effect operates two distinct criminal justice systems: one for wealthy people and another for poor people and minorities. The former is the system the United States describes in its report: a vigorous adversary system replete with constitutional protections for defendants. Yet the experiences of poor and minority defendants within the criminal justice system often differ substantially from that model due to a number of factors, each of which contributes to the overrepresentation of such individuals in the system.”

The report’s findings include:

The U.S. has the highest incarceration rate in the world, dwarfing the rate of nearly every other nation

Black youths account for 16% of all children in America yet make up 28% of juvenile arrests.

A study found that White students were slightly more likely to have abused an illegal substance than Black students. Yet from 1980-2010, Black youth were arrested for drug crimes at rates more than double those of White youth.

Blacks constituted 16% of observed drug dealers for the five most dangerous drugs but 64% of drug dealing arrests for those drugs.

Blacks constitute 25% and Hispanic Americans constitute 29% of New York City’s population. Yet between 2010 and 2012, 52% of those stopped by the NYPD during “stop and frisk” were Black and 32% were Hispanic. White New Yorkers are 44% of the city’s population, but only 9% of those stopped were White. Blacks and Hispanics were slightly less likely than Whites to be caught with weapons or contraband such as drugs.

Black and Hispanic defendants are far more likely to need the services of a public defender than their White counterparts.

“While the War on Drugs creates racial disparity at every phase of the criminal justice process, disparities in sentencing laws for various types of drugs and harsh mandatory minimum sentences disproportionately contribute to disparity,” the report argues.

Recommendations made by the study include establishing a National Criminal Justice Commission to examine incarceration and racial disparities; the United States substantially scaling back its War on Drugs; the elimination of mandatory minimum sentences; abolishment of capital punishment; full funding and staffing of indigent defense agencies; a policy requiring the use of racial impact statements; and the allowance of social framework evidence and structural reform litigation in trials.

Finding Solutions Through Film And Activism

A gripping PBS film, “15-to-life: Kenneth’s Story,” chronicles how in June 2000, 14-year-old Kenneth Young was convinced by a 24-year-old neighborhood crack dealer to accompany him on a spree of armed robberies. He was caught and at the age of 15 he was tried as an adult in Florida. Shockingly, he received four consecutive life sentences, which meant he was assured to spend his last breathes in prisons.

According to the website, “15 to Life: Kenneth’s Story” follows the young African-American man’s battle for release, after more than 10 years of incarceration, much of it spent in solitary confinement.

rld that condemns juveniles to life without parole.

“Few of us would question whether our 13- or 14-year-old needs guidance,” says film director Nadine Pequeneza. “As parents, we recognize that our children are easily influenced, that they can be impulsive and that empathy and cruelty are both learned behaviors. Given what we know, I was shocked to learn that kids as young as 12 years old are being sentenced to die in prison.”

“When children commit crimes, should rehabilitation take precedence over punishment? Can children be ruled to be adults, based on a single action? Can children who commit violent acts be rehabilitated? By focusing on Kenneth’s story, I set out to find answers.”

This and more is why the work being done by Gordon is so vital and why it’s necessary that more people step up in the work to save our youth.

“I see our brothers in the streets getting more frustrated as no jobs are available. And then they are watching our institutions in the community losing hope and barely surviving, so who will they look to for guidance? A lot of promises are being made to the young people and they are not being met so young people are looking to take charge today,” said Gordon.

He encourages those in leadership to dispatch more men into the schools, streets and prisons to help “channel the energy of our young men so they know we care about them. We have to show them the strength of family and teach them respect for our women. We have to be more vigilant and be the example. Not be afraid of them.”

Gordon points out that what’s happening in Ferguson, Missouri is further stirring up a spirit within the youth that he’s witnessing right in Houston.

“A lot of them are looking to see how to take on that leadership role; not be passive but be aggressive because they don’t see change happening. The elders should not try to stop the young people from expressing themselves and standing up. I would rather see them losing their lives for a Great Cause than to see them losing their lives in the streets over nothing. They are tired of soft talk.”

Ovide Duncantell’s Dream: Attorney Ben & Wife, Saundra Hall Paid $64,000 for the MLK Statue
Why We Can’t Forget About the Abuse, Dehumanization of and Violence Against Black Women & Girls
Comment