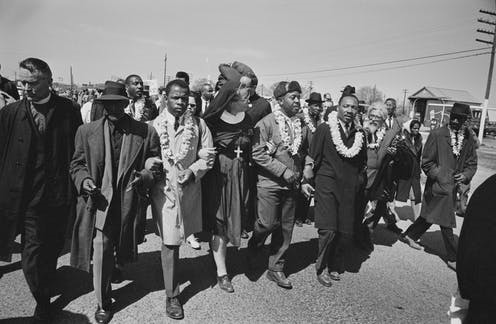 Pancreatic Cancer did not take Congressman John Lewis home. Although pancreatic cancer is the deadliest of cancers, it could not take down an UNMOVABLE FORCE. John Lewis’ soul spoke to eternity and asked if he had done enough.

The answer was “COME HOME, Fly Away, you have done enough.”

Rev. Cordy Tindell “C.T.” Vivian was called the greatest preacher that ever lived by Dr. Martin Luther King Jr. Vivian started making “good trouble” when he was a young man. He tirelessly worked with Jim Lawson to launch the sit in movement that spread to Galveston and Houston, Texas; Baton Rouge, Louisiana, and the entire South.

After the Civil War, there were 10,000 acts of mob violence against African Americans in the United States. Historian John Hope Franklin says there were 3,500 African Americans lynched between 1865 and 1910. In 1925, three Black men were murdered and lynched in Bryan, Texas within a two-month span.

Blood in the fields, outrage on the streets and tears at the mourning bench created a new generation of fighter-leaders that decided to launch an unrelenting attack on American hypocrisy.

Sammy Young Jr. was a member of the Student Non-Violent Coordinating Committee (SNCC). He is remembered as the first college student to be murdered during the civil rights struggle in the 1960’s. He was murdered for drinking from a “white only” water fountain.

Ms. Viola Liuzzo, a 39-year-old white housewife and mother of five from Detroit, was moved to go to the deep South and helped organized the historic Edmund Pettus Bridge march, along with Lewis, Vivian and James Former.

Shortly thereafter, the Klu Klux Klan murdered her with impunity. Sammy and Viola did not crack 40 years old, but they lived consecrated lives that were built around quality of life and not longevity.

The beloved congressman did not prefer the honorifics, he said just call me John. As an elected official, he was subject to stand when you came in the room, knowing that he worked for the people.

Lewis was beaten and bloodied in Birmingham. Mobs with baseball bats, axe handle, and tire irons had the devil in their hearts and tried to kill him. Vivian faced down a fascist sheriff Bull Connor and his dogs, jails and cattle prods of white privilege.

All of us, Black and white, owe a huge debt to the fearless ones; Diane Nash, Fred Shuttlesworth, Ernest McMillan and the SNCC fighters who organized and fought at ground zero of racial oppression. Deloyd Parker and the SHAPE Center faithful have taken community youth on annual Civil Rights tours to ground zero for decades to study this history and give these icons their props while they lived.

John and CT realized that the struggle was not over. If I may, John Lewis wants all of us who are awfulizing and catastrophizing, bitching and moaning to know no matter what is going on in your life, there is someone in greater distress, somewhere in your town, somewhere in the world. John and CT lived the maxim that everyone of us can strengthen someone with a small act of charity.

John loved the Black Lives Matter movement and his heart danced when he saw young Americans fighting for racial justice on behalf of Big Floyd, Eric Garner and Breonna Taylor.

Did John really believe that the black and white ivory could play a melody of harmony for many races, cultures, classes and interest groups.? Well the reformed racist that had bloodied his head asked him for forgiveness decades after the beating. John practiced what he preached and fully accepted the apology.

Rest enough traveler, COME HOME, you have done your best….