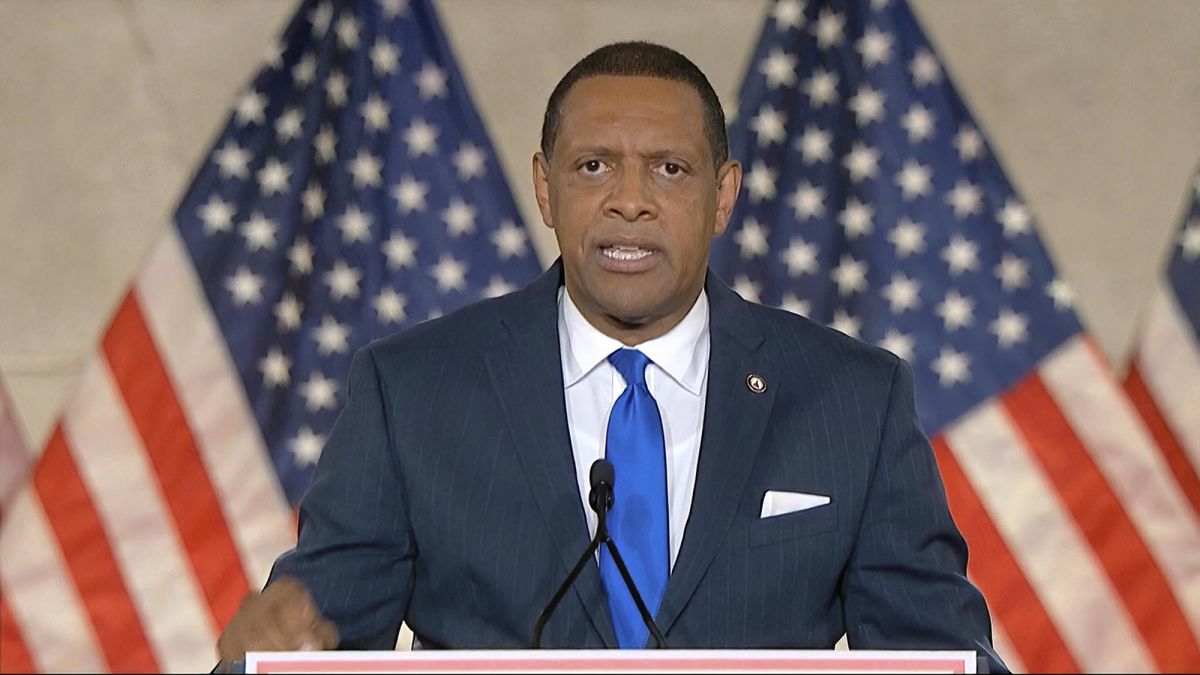 Georgia state Rep. Vernon Jones, a Black man from the Deep South, delivered a speech in support of President Donald Trump at the Republican National Convention. His appearance, and what he said, was criticized by many Black Americans. Jones wrote an op-ed for CNN explaining why he chose to leave the Democratic party. Here are some excerpts from his letter.

Brace yourself, this brother is making us ask, “SAY WHAT?”

…I’m sure many watching on Monday night were puzzled about my participation in the Republican National Convention for President Donald J. Trump. I don’t blame them.

…The purpose of my speech was to serve as a culture shock, helping others break free of the groupthink-shackles placed on us by White liberals. Black Americans like me are free people with free minds.

…After watching the 2016 presidential campaign efforts, President Trump seemed to me to be one of the only Republican candidates to recognize that. He disrupted what I believe is a false ​Democratic narrative that the Republican Party doesn’t care about Black Americans.

…Trump uttered those famous words to tens of millions of Black Americans across our land, “what the hell do you have to lose?” Predictably, the liberal mainstream media and politically correct folks lost their damn minds.

…Since taking office, President Trump continues to prioritize earning the support and trust of all Black Americans. He’s championed policies that positively affected our community.

…President Trump secured critical funding to Historically Black Colleges and Universities. As a proud graduate of North Carolina Central University, I know how important of a springboard HBCUs are to young black men and women working hard to achieve their own American dreams.

…President Trump also delivered historic commonsense criminal justice reform. The president signed the bipartisan FIRST STEP Act, helping to reverse the mass incarceration of Black and Brown people caused, in part, by policies like the 1994 Crime Bill, which at the time had broad bipartisan support.

…President Trump spearheaded the civil rights issues of our time — school choice. The President and his administration hold a fundamental belief that no child in America — black or white — should be denied the right to a high-quality education based on their zip code, and are pushing policies that allow more children to attend the school of their choosing. This is especially important for kids in minority communities who are disproportionately served by schools with fewer resources and less qualified teachers.

…Despite disgusting assertions from the left-wing media, I am not being paid anything for my support. President Trump has earned my support. Actions speak a hell of a lot louder than words, and the historic actions taken by President Trump throughout his time in office have improved the lives of many Americans — of every race, background, religion, and creed.

We ask you …. does this Black man need a WAKE UP CALL?