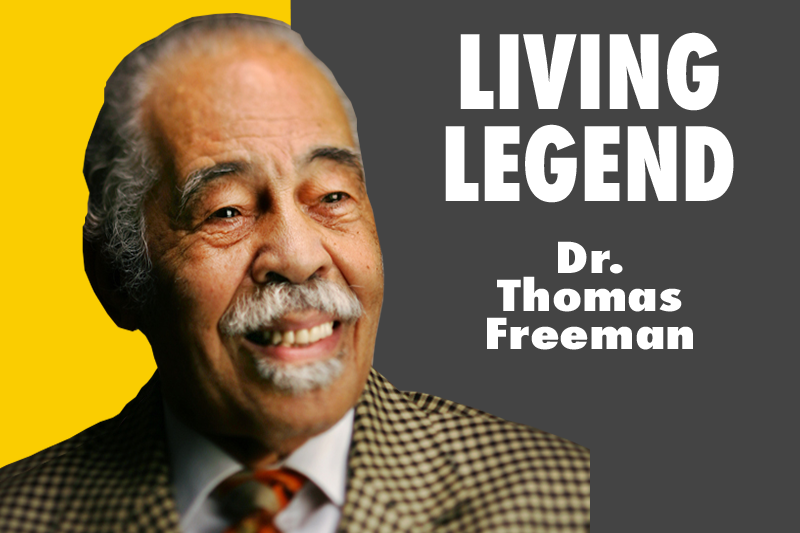 HOUSTON –  A look back at the century of life experienced by Dr. Thomas F. Freeman, a man who has shaped the narrative of Black youth of every decade since the fifties on the campus of Texas Southern University (TSU), where he started as a philosophy professor in 1949 and went on to found the historic TSU Debate Team. Through the years, Dr. Freeman has been recognized and awarded numerous times for his influence in the Black community through education and a lifetime commitment to excellence in achievement.

Best known as the inspiration for a character played by Denzel Washington in the 2007 film, The Great Debaters, Freeman trained the actor in vocal and debate techniques for the movie. Freeman has taken other notable figures under his tutelage such as Barbara Jordan, Mickey-Leland, and Dr. Martin Luther King.  Today, at 100 years of life, Dr. Freeman is still very much active in the community with the debate team and Honors College, named after him in 2009, and was recently awarded the Phoenix Award, the Congressional Black Caucus Foundation’s highest award given.

HISD offers free meals to children at no cost at three high schools during winter break
Service ‘shout out’: US Navy’s Tristan Edwards of Houston
Comment