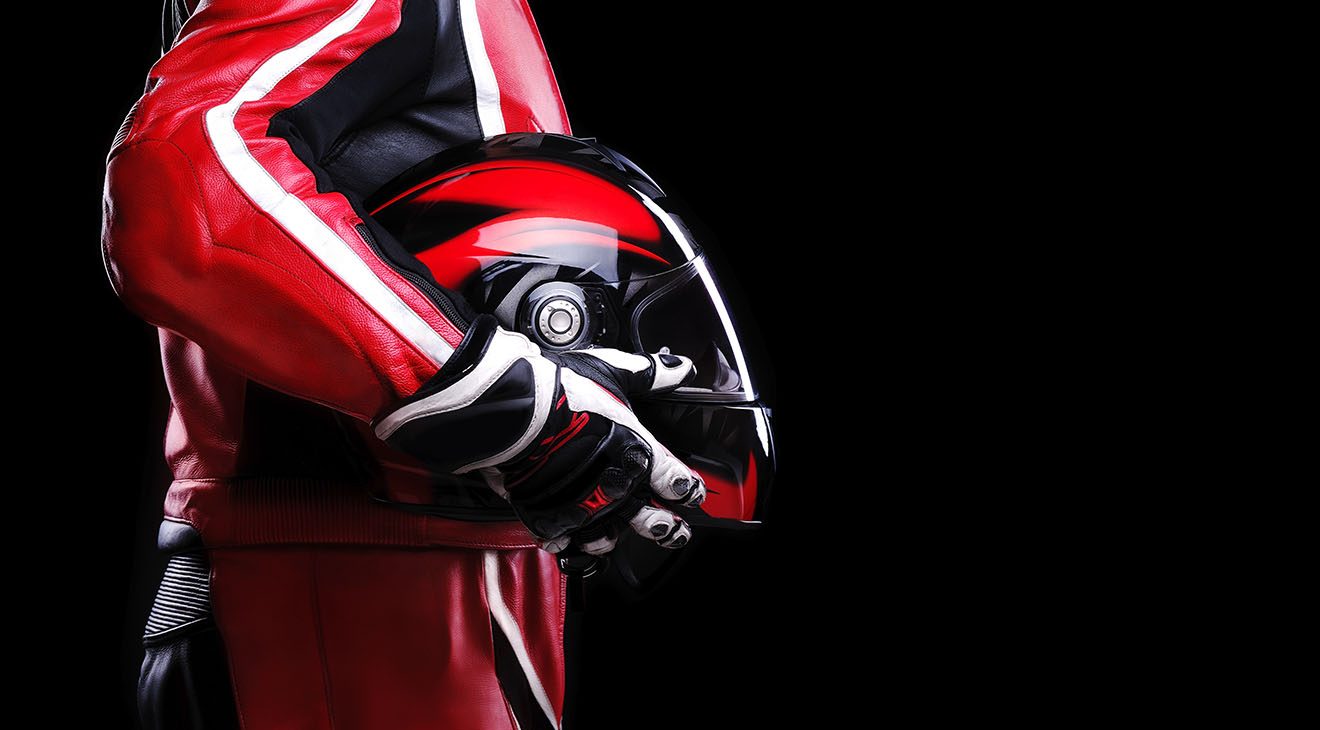 NNPA NEWSWIRE — The NNPA is the global media partner for the African Renaissance and Diaspora Network (ARDN), an advocacy and marketing partner of the United Nations, and we had an opportunity to interview an African American leader in motorsports, Chris Miles, Global Motorsport Marketing Advisor and Diversity & Inclusion Strategist for ARDN, as well as principal owner of Starting Grid, Inc., to get his opinion on the diversity initiatives happening now in the world of motorsports.
Spread the love

Washington, DC — On July 4th, the motorsports world was exploding with action in Austria with Formula One, and the Indianapolis Motor Speedway made history by hosting INDYCAR and NASCAR, on the same race weekend.

In the wake of George Floyd’s death, and the civil unrest that ensued, each racing series has been in the news regarding their interest in supporting the abolishment of racial injustices, racism and police brutality by having their respective sport create diversity and inclusion initiatives to welcome a new generation of fans, industry professionals and sponsors.

But a key question remains unanswered: “Given the continuing economic gains and sphere of public influence of professional motorsports in America, how much do Black Lives Matter to the industry?”

The NNPA is the global media partner for the African Renaissance and Diaspora Network (ARDN), an advocacy and marketing partner of the United Nations, and we had an opportunity to interview an African American leader in motorsports, Chris Miles, Global Motorsport Marketing Advisor and Diversity & Inclusion Strategist for ARDN, as well as principal owner of Starting Grid, Inc., to get his opinion on the diversity initiatives happening now in the world of motorsports.

NNPA: Well given your history with INDYCAR and the Indianapolis Motor Speedway, you must have been pretty excited with the announcement on Saturday, July 4th regarding their “Race for Equality and Change” initiative?

Chris Miles: With all due respect to your question, no. I would not say I was completely excited at all — but more so frustrated, disappointed and skeptical.

And what I mean by that is, I have been actively pursuing any and all possibilities to align with INDYCAR and the Indianapolis Motor Speedway for the better part of 20 years.

There has never, ever, been any kind of established diversity program by INDYCAR or IMS, similar to NASCAR’s Driver for Diversity created in 2004.

I have presented diversity motorsport initiatives to all of the Hulman & Co. executive leadership eras that include Tony George, Joie Chitwood, Randy Bernard and Mark Miles.

Speaking of Mark Miles, no relation by the way, he and I met on March 3, 2014, when he was then President & CEO of Hulman & Co., to discuss Starting Grid, Inc.’s interest to develop a motorsport diversity initiative with INDYCAR and IMS, utilizing resources from the $100 million dollars that was to be given to the private family-owned Hulman & Co. for capital improvements to IMS, by Vice President Mike Pence, who in 2013, was the Governor of Indiana.

With the $100 million dollars provided by Indiana state taxpayers, House Enrolled Act 1544 stated the Hulman & Co. must ensure [that] 15% of the funds are allocated to securing the services of African American-owned businesses, 8% to women-owned businesses and 3% to veteran- and disabled-owned businesses.

The plan I discussed with Mark showcased a three- to five-year platform that could have utilized the $15 million dollars made available to African American-owned businesses.

NNPA: And what happened?

Chris Miles: Well, obviously, nothing. He said to me, after I explained the concept and how to fund it, “well that is not the spirit in which the bill was written.” Quote, closed quote.

I responded back with something to the effect of, that may not be the spirit in which the bill was written, but what I presented clearly falls within its guidelines of how the bill is actually written.

NNPA: Come on, he said that?

Chris Miles: I kid you not. I cannot make this stuff up.

Now, I will say this, and this is something Mark does not know. Although, I guess he will find out for the first time if he reads this interview.

Before I met with Mark on March 3, 2014, I met with Adarsh Mantravadi, Indiana Governor Mike Pence’s Economic Policy Director. on December 12, 2013 at 1p in the Indiana Governor’s office Room 206, to ask for an interpretation of House Enrolled Act 1544, also known at the time as House Bill 1544, in order to identify if what I would present to Mark, as an African American-owned entity, would fall under the State’s guidelines stipulated in the bill.

NNPA: And did it?

NNPA: So, what made you think to contact the gentleman who worked for Governor Pence?

Chris Miles: Interestingly enough, I was encouraged to meet with Adarsh by Governor Pence’s Senior Policy Director, Ryan Streeter. I met Ryan at a function on the campus of IUPUI in Indianapolis where he was speaking about the Indianapolis Motorsport District, which was created to support the $100 million dollars that would be given to Hulman & Co. for capital improvements of IMS.

Ryan asked what I did for a living, and I shared my background in motorsports, my aspirations with Starting Grid and our diversity efforts. He enthusiastically wanted to exchange contact information, because he said he has something I will be interested in — but he could not elaborate at that time.

He said he would be in touch and share with me what he was referencing as soon as he was able.

It turned out to be House Enrolled Act 1544.

It was actually Ryan Streeter who initially told me 15% — or $15 million dollars of the $100 million — was to be allocated to securing services of African American-owned businesses, and he emphatically encouraged me to get in front of Mark Miles as soon as possible, because Mark was spearheading the “ask” of the money from Governor Pence — and that it would also be a good idea to get in front of Adarsh to have him interpret the bill to make sure I fell within the guidelines.

NNPA: Whoa, wait a second. So, when Mark Miles said to you that that was not the spirit in which the bill was written, you already knew the answer?

NNPA: For the record, who is Mark Miles again?

Chris Miles: Mark is now the President & CEO of Penske Entertainment Corporation, owned by billionaire businessman Roger Penske. Penske purchased the Indianapolis Motor Speedway from the Hulman family in November of 2019, having owned the legendary facility since 1945. Within the purchase, Roger acquired the INDYCAR series and IMS Productions.

Mark is who announced the “Race for Equality and Change,” on behalf of Penske Entertainment Corp., during the NBC Sports NASCAR broadcast on July 4th.

NNPA: We note that your story is much more detailed and fuller of important insights. So please continue.

Chris Miles: OK. This is just the madness I live with each and every day, and you were simply unaware, as most people are. So, to have this opportunity to explain the facts with NNPA, openly, is greatly appreciated.

And for the record, I have emails to back up what I just shared with you.

NNPA: You mentioned Willy T. Ribbs a moment ago and that you have had a friendship for over 25 years. Tell me how you met your racing hero?

Chris Miles: To make a long story short, after Willy qualified and raced in the Indy 500 in ’91, I called his parent’s plumbing business in San Jose, California.

Chris Miles: What you have to remember is, back in the day, you used to call the operator for phone number assistance. You would give them a name and/or address and the operator would provide you with a phone number, as long as it wasn’t unlisted.

So, I would call to the plumbing business and his mom would always answer. So, I would ask to speak with Willy, and she would say he’s not here — but I will give him the message. Which she always did. Well this went on for a few times, until one day he finally called me back. My parents happened to be visiting me in Orlando, where I lived at the time, and I could not believe I was now talking to my racing hero Willy T. Ribbs.

He and I talked every once in a while, the remainder of 1991. It wasn’t until 1992 when our calls became a bit more frequent and we arranged to meet face-to-face for the first time in May of 1992 at the Indianapolis Motor Speedway.

NNPA: That is a great story. How often do you talk to him now?

With 150,000 Dead and Polls in Free Fall, Trump Seeks a Culture War
Is the Postal Service Slowing Mail Delivery?
Comment