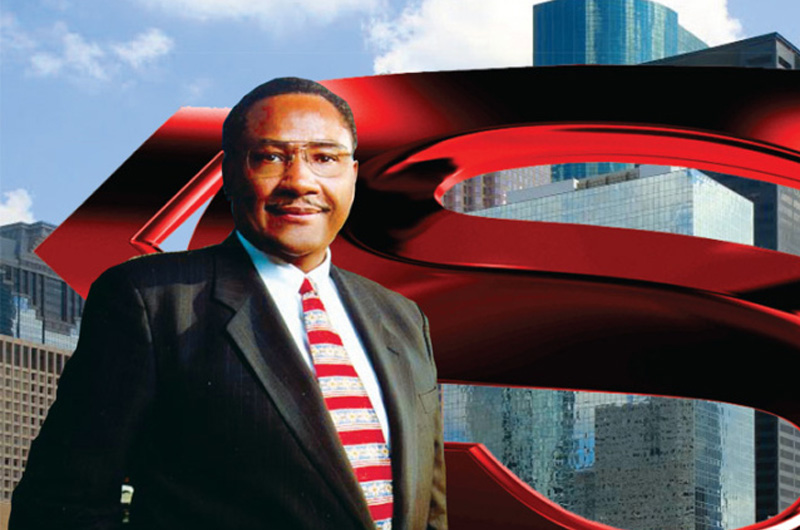 One of his greatest legacies and successes was leading the nation’s 4th largest city and helping it organize and build better cooperation networks and open communications lines between citizens and public servants. That paved the way for better response, efficiency in Houston government and/or the workplaces and communities.
Spread the love

HOUSTON – Lee Brown is a problem solver and he is also the “Father” of Houston’s Super Neighborhoods network.

One of his greatest legacies and successes was leading the nation’s 4th largest city and helping it organize and build better cooperation networks and open communications lines between citizens and public servants. That paved the way for better response, efficiency in Houston government and/or the workplaces and communities.

The FATHER’S VISION for Super Neighborhoods

One of his greatest inventions was the Super Neighborhoods in Houston while serving as Houston Mayor.

Brown, now lovingly referred to as the father of “Super Neighborhoods” in Houston, has watched his promising young spawn in the hands of other city leaders grow up, change and morph into another bureaucratic nightmare for the residents he loves and was trying hard to bring together to help restore and maintain the pride and respect for all Houston neighborhoods.

“Government is in the public service business and that business should be conducted right,” Brown said. “Super Neighborhoods concept was a vehicle I set up to give the people a voice in improving the quality of life in the city and in their respective communities.”

According to Brown, the people in neighborhoods know the needs of their respective areas and the mayor and city council must listen to that and take steps in every area to let each citizen in each area know their government cares and reacts quickly and responsibly to that need.

“It is neighborhood oriented government and I wanted people at the neighborhood level to have real input followed up by real action,” he said. “It was never intended to be a “one-size fits all” or a cookie cutter government where everyone got the same. I wanted to be a mayor with the kind of staff who had the same mind to make a difference in the lives of  the people of Houston.”

Brown said government too often dictates, talks down to taxpayers and tells taxpayers what to do or just fails to respond to citizens at all.

In Houston, in many communities sidewalks are needed, drainage needs to be improved, police and trash issues and complaints continue to pile up and mayors and city councils have pushed forward with their own personal agendas and left the government of, by and for the people completely out of the equation.

His initial idea for his Super Neighborhoods child was for it to grow up and be that answer and develop into a mechanism that increased trust and faith that Houston government officials listened, cared and would do what needed to be done to keep its words to make  government work for the many and not just the few.

Brown said as mayor, he went to work and set up a system similar to neighborhood policing that trained community leaders and nurtured his staff at the time to communicate regularly and set priorities, dates and then worked together to get that need or concern rectified, not put on hold or set aside.

In the beginning, Brown set up 88 different Super Neighborhoods. In each group, Brown wanted each community to unite and its leaders come up with a set of action plans for each area. Those same leaders were asked to bring their concerns, needs and issues back to city leaders and together work with the city in joint effort offering definitive plans and timetables to take care of the issues.

“We made the concerns of the Super Neighborhoods a priority,” he said. “As Mayor, I computerized each issue and I managed it and it was a sound system.”

Brown said the idea of solving community and citizen problems came from the neighborhood policing idea when he served as Houston Chief of Police.

“It was a custom made approach that looked at issues one neighborhood at a time,” he said. “From Acres Home to River Oaks, each neighborhood was special and each had my ear and my attention.”

Brown added a touch by going into the community, holding special meetings with his staff at Super Neighborhood meetings, would bring the government to the neighborhoods to answer questions, do updates and get a firsthand look at what his government was doing or not doing for the people.

Brown held regular town hall meetings in Houston communities and had an open door at city hall for any citizen with issues in communities. At his meetings, he would bring department heads and directors to deal directly with citizens.

“The speed of the boss is the speed to the crew,” he said. “In order for a Super Neighborhoods program to be successful and effective, the mayor must be behind it and show that it matters.”

Brown was serious about setting the tone of his Super Neighborhood program. His goal kept the Super Neighborhood plan a priority and he did not back away from the mayoral goal he set to make government accessible and deliver prompt and courteous service.

He constantly measured, reviewed and evaluated his program. Part of that process would evaluate whether services or issues were handled professionally within five working days.

He also used secret shoppers to check on services and follow up to ensure the staff were professional and treated people with respect. He also had a “Mobile” City Hall and held office hours for citizens.

“I measured the quality of what we were providing in every neighborhood,” Brown said. “I was serious about it because our citizens deserve the best and it was our responsibility as public servants to ensure that we in a satisfactory way and an unselfish manner improve the quality of life for every citizen living in Houston.”

Brown was not just a ceremonial ribbon cutter. He was the kind of mayor who rolled up his sleeves for the citizens of Houston. He used his humble spirit and a sincere heart to motivate the community to get involved in government and offered a great example of how government should serve the people.

“My program was full-grown and I had it where I wanted it before I left office,” he said. “It is up to current leaders to buy into it and be genuine enough to give the people a true voice and make the government truly accessible to the people again.”

Lee Brown developed a picture perfect program that in its infancy worked for everyone, but unfortunately that idea was not fully grown, developed or carried on in the way the man whose brainchild it was had intended for it to be.

Dr. Virgil A. Wood: Civil Rights Giant Still On the Battlefield
Remembering James Byrd Jr.: What Have We Learned About Hatred & Racism
Comment