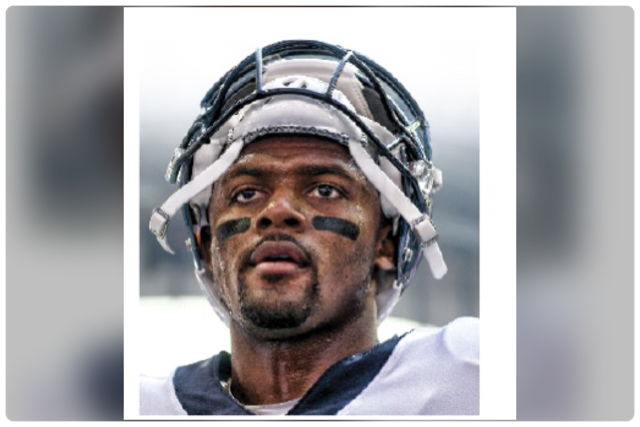 As more women begin to surface, more brands are beginning to distance themselves from Houston Texans quarterback Deshaun Watson.
Spread the love

As more women begin to surface, more brands are beginning to distance themselves from Houston Texans quarterback Deshaun Watson.

Watson is being accused of having inappropriate contact with various women during what were supposed to be massage therapy sessions.

The “falling” star is getting dropped left and right by sponsors who want to detach his name from their products.  Nike, Beats by Dre and H-E-B have all ended their contracts with Watson.

Nike says it’s “deeply concerned by the disturbing allegations and will continue to closely monitor the situation.”

Watson has been a star feature in H-E-B commercials during football season, but the Texas grocery store chain released a statement saying it has “no plans for future engagement” with Watson.

This domino effect came just a day after the first accuser to reveal herself to the public held a press conference.

Ashley Solis is among the 22 women who have now filed a lawsuit against Watson. The licensed massage therapist calls herself a SURVIVOR of the quarterback, and says she has met with the Houston Police Department.

Solis says she is seeking justice not only on behalf of herself, but for all survivors. Her attorney, Tony Buzbee, says each of the women describe a strikingly similar pattern of Watson’s alleged lewd behavior during his massage sessions.

According to the lawsuits, between March 2020 and last month, Watson allegedly engaged in lewd behavior with the women he hired for massages. He used Instagram to find the women and flew them in from various cities.

Many of the women claim Watson exposed his body parts to them, or moved his body in ways in order to make them touch him.

Watson has admitted to finding many of his massage therapists on Instagram, but denied any misconduct, saying he “never treated any woman with anything other than the utmost respect.”

Watson’s attorney, Rusty Hardin, fired back in a statement saying despite Buzbee’s prior comments, the lawsuits are about money, adding, “Mr. Buzbee sought $100,000 in hush money on behalf of Ms. Solis to quietly settle the allegations the month before he filed the first lawsuit.”

Hardin and Watson have produced 18 women of their own who say Watson never touched them during any interactions.  Hardin said the therapists issued voluntary statements of support for Watson, and have worked with him a collective 130 times over the past five years.

Both sides have released emails and texts they each say supports their versions of what happened.

Young Deshaun apparently didn’t get the memo the elders have been trying to hammer into the minds of young Black men for decades. You need to watch yourself, make wiser decisions and understand, there is such a thing as money and power.

We don’t know what happened and are not taking sides, but it could go either of these ways:

A young, rich Watson got full of himself and thought he could do what he wanted to women with no consequences.

A young, rich Watson is being targeted by women who want to bilk his Black behind out of money.

Either way .. money and power are something he is being stripped of right now.

Power — because everything he’s worked so hard for before, is slipping out of his fingers day by day as more companies drop him.

Well, first goes the reputation. Then the endorsements and, possibly, followed by his career.  We know Watson was publicly saying he wanted to leave the Texans and he could get exactly what he wants. But now we are left to wonder, will he be forced out of the NFL altogether?