by aframnews
in Community, Local
0

Constable Herschel Smith was born and raised in Hempstead, Texas. He moved to Houston his sophomore year to stay with his aunt for a year and attended Jack Yates High School. He graduated from Hempstead High School in 1978. His hardworking mother worked at Prairie View A&M University as a custodian worker and was a single mom raising nine children (seven boys and two girls). As a child, Constable Smith did not realize he grew up in a low-income home with ten people sharing a two-and-a-half-bedroom house with one bathroom. He just thought it was a way of living. 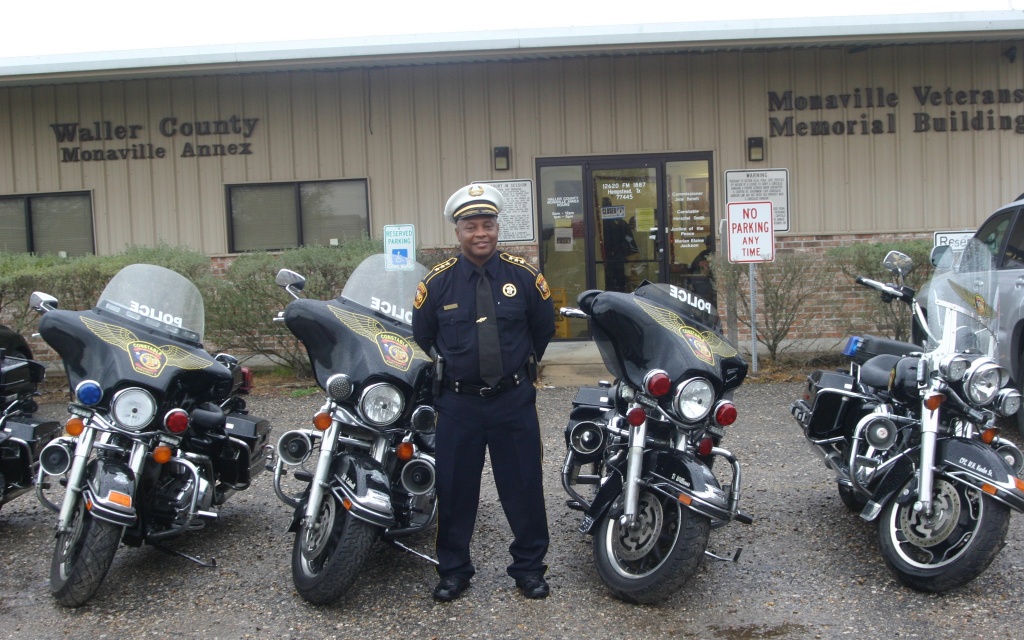 “It was a really downgraded house where I could look up at night and I could see the stars because it didn’t have the best roof. As I grew up, I understood my mom was doing the best she could as a single parent,” he explained.

Growing up, his mother taught them many things with her focus on education. She wanted all her children to receive a good education as she believed it was the way to live a better life.

“She always wanted a better life than what she had. So that was her goal for our lives,” he expressed.

Constable Smith grew up in a rough neighborhood with drug dealers selling drugs right across the street from his home. Despite these challenges that lived close by, his mother had good values and instilled those same values in her children. Constable Smith also had good grandparents who were able to give good advice and morals to live by.

He expressed that today, grandparents are so close to their children in age, that they are doing the same things their children are doing. “It’s something different that we don’t have today. We have very few of them. I was so grateful to have good grandparents.

Even as a young child, Constable Smith was always doing work for his community. In his junior year of high school, he started a non-profit organization and gave away turkeys to senior citizens. The love that he had for his community as a youngster would carry over into his adult life. It was also during his junior year when he signed into a delay entry program to enter the military after high school graduation. He entered the U.S. Army June 21, 1978.

“Going to the military was my way out. It was a way to mature, a way to find myself.” Flying to Fort Leonard Wood in Missouri was the first time he had ever been on plane. When he arrived at Fort Leonard Wood, reality sunk in, and he just looked to the sky and said, “Lord, what have I done.” This was a huge event for him as he had never been away from home. “I was just a country kid that had never been in this situation before. No father figure or anything. My father went to the military, and the day I went in was the first time I told him I loved him.”

About a month in, Constable Smith was ready to leave. He had watched many guys pack up and leave for doing things such as spitting on their drill sergeant or kicking their company commander. Desperate to get home, he did those same things to his commanders, but to his surprise, they would not let him leave. “They had an opportunity to give me a dishonorable discharge and let me go home, but God. I wouldn’t be in this police uniform today if I would have gotten the discharge. I did not realize how much God was watching over me.”

Growing up in Waller County, Constable Smith encountered many racist individuals, so he did not understand how this white sergeant and white lieutenant could have his best interest at heart. They saw something in him that he couldn’t see. His commander told him, “Smith you were born a soldier and I am going to make you a soldier.” Never having such structure in his life as a child, he did not know it at the time, but the army was the best thing that happened to him. “It taught me discipline, structure, and things I never had before.” He told himself, “Make the best out of this and be the man you’re supposed to be.” Constable Smith did just that and excelled in the army and graduated from basic training with honors.

Another transition occurred in his life when he accepted Christ and his calling. He was then ordained on October 20, 1979, at Greater St. Peters Missionary Baptist Church in Hempstead, TX. His time was now split between being in the army and pastoring a church. Life was now moving fast for Constable Smith as he also asked his high school sweetheart to marry him. 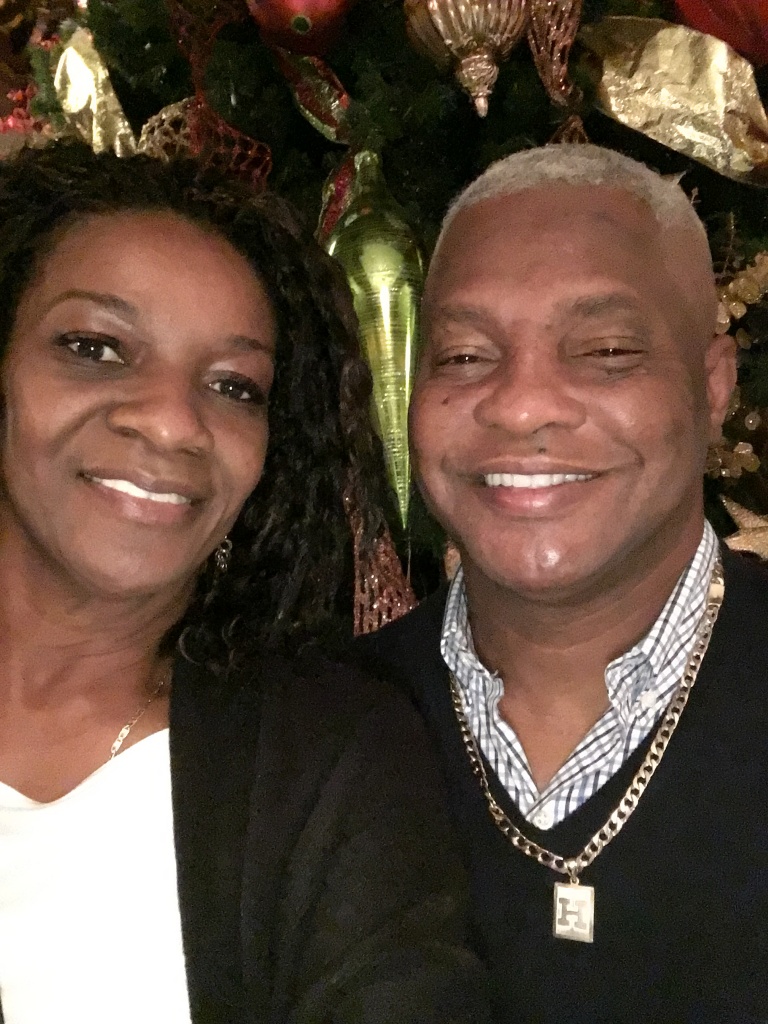 Things then changed during one of his assignments at Fort Hood in Killeen Texas. His mom would always warn him about the racism in Killeen. She even mentioned to him that “Kileen stood for kill each and every nigger.” On the way to base one day, he was kind to let one of his white colleagues ride back with him. Officers then pulled them over and made racist remarks to Constable Smith. One officer even spit in his face and told him, “I better not ever see you with another white person in your car.” Terrified and afraid, Constable Smith drove to base where he reported the incident, but no one did anything about it. This encounter changed his life and ultimately became the reason he left the military on September 21, 1981. He said, “I thought I was government material. I felt like no one protected me. It mentally messed me up.” The military offered him a five-year tour in Hawaii, a promotion, and more money, but he turned it all down, and went home to pastor the church he had in Waller County.

Things seemingly were going well for him after his return home, and he started working with Monarch Homes. Shortly after, the economy folded, and he suffered financially. In addition, at 24 years old, he was going through a terrible divorce. He eventually found love again, remarried, and started working for the Texas Department of Prison Systems in Navasota, Texas. He was a community activist and started the first union in the corrections with help from a union guy. After encountering racism and not being promoted, he left the prison, ventured into entrepreneurship, and started a homeless shelter in Houston, and ran it for twenty years. He won two prestigious awards for his work in community service. In 1989, he also became an activist in Houston and worked with some amazing people like Quanell X, who came up under Constable Smith. 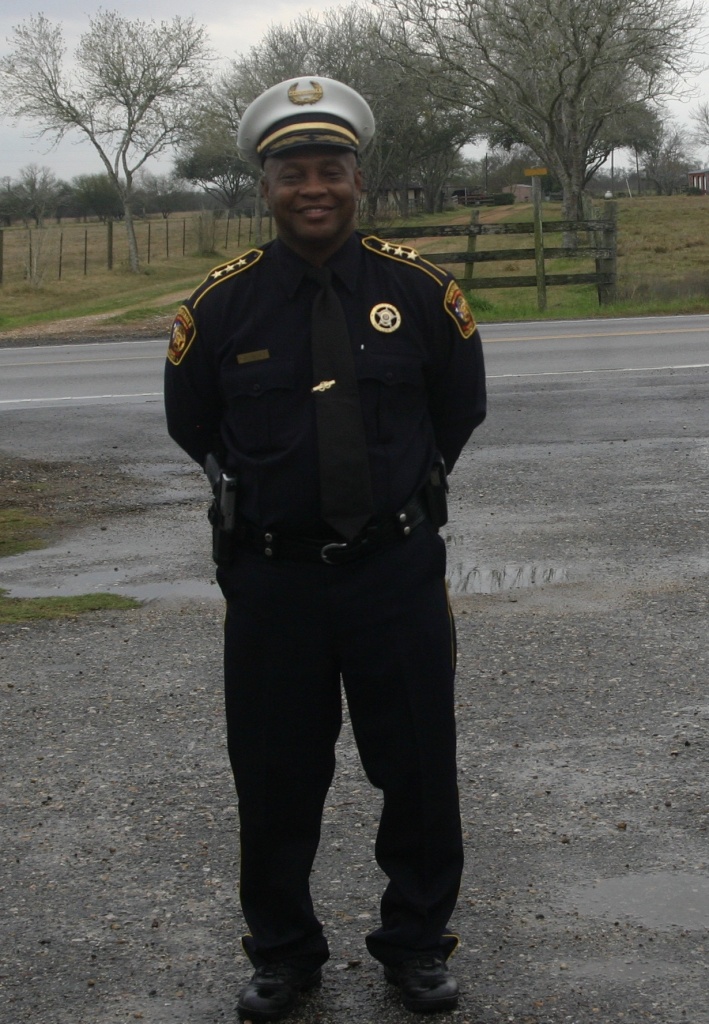 Constable Smith left Houston around 2003 and returned home to do things in his community. He ran for office in 2011, won, and was sworn in as Constable, and has been in office ever since. Recently, he went through a terrible ordeal as an elected official. He was pulled over in uniform by another precinct with guns drawn. No one told him what the stop was for. He had no knowledge of what he did wrong, and no one would tell him anything. Immediately, he had flashbacks to everything he went through in the military. “This is not supposed to happen. I was sitting in my patrol car and grabbed hold of my steering wheel, and all I could see was my life as a military person.”

They eventually let him go, but the fight for justice is just getting started as the case is now in the Federal Court of Appeals. “I have to fight like I have always fought. It is representing more than me,” he added. Constable Smith spoke about his seven children and how he does not want them to go through some of the things he has encountered. He also wants to be a voice for those who have been impacted by injustice. “I’m going to be an activist until the day I die. Someone must speak up when someone has been violated and injustice is shown.” With everything Constable Smith has been through, he believes that there is still much work to do, and with God, there is nothing he can’t do. “The military has empowered me, and the word of God has gifted me the power of faith to understand I can do all things through Christ because he strengthens me. That’s how I live my life.”

HOUSTON-Many times, mental health is hard to recognize or identify. Since the pandemic started in 2020, our world has become more perceptive to the need to address mental...

On July 4, 2022, millions of people across the United States, will be celebrating this day with drinks, foods, fireworks, events, family gatherings, and so much more. The...