ROLLING OUT — Even as a mentor in rap, Chuck D continues to put in work behind the mic. In 2017, Public Enemy released the album Nothing Is Quick in the Desert and they are preparing to release their 14th studio album this summer, Loud Is Not Enough. Chuck D is also a member of the group Prophets of Rage, which features members of Rage Against the Machine and Cypress Hill. And he recently formed a group called Night Train with Speech from Arrested Development and Daddy-O of Stetsasonic.
Spread the love 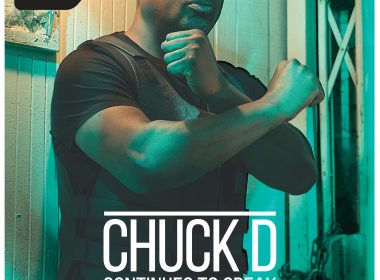 By A. R. Shaw, RollingOut.com

Great art will always stand the test of time. In the summer of 1989, Public Enemy released the most poignant protest song in hip-hop history in “Fight the Power” for Spike Lee‘s gut-wrenching film, Do the Right Thing. Thirty-one years later, the song speaks to a new generation of activists inspired by the killings of unarmed Black people such as Ahmaud Arbery, George Floyd, Breonna Taylor, and Rayshard Brooks.

During the 2020 BET Awards, which took place virtually during the last Sunday of Black Music Month, Public Enemy’s “Fight the Power,” which featured new verses from Nas, The Roots, Rapsody, Jahi, and YG, served as the opening performance for the show, which presented numerous instances of artists making art to combat social injustice.

For Chuck D, using his voice to make a difference is simply another day at the office. Albums such as It Takes a Nation of Millions to Hold Us Back and Fear of a Black Planet served as testimonials in an era where the voices of Malcolm X and Dr. Martin Luther King Jr. found a new home in hip-hop decades after their assassinations.

Beyond being behind the mic, Public Enemy’s lead emcee is now building media platforms to help more artists push the culture forward.

“I have a 10-station network on the internet called Rap Station,” Chuck D said during a recent interview on rolling out‘s “AM Wake-Up Call” talk show. “And for the last 11 years, we have probably boosted and promoted like 10,000 artists and their songs. We have an all-woman station called She-Movement Radio. Over the last four years, we have gone into the digital space. You can get the app and we have a station dedicated to hip-hop music from over 130 countries. Some say there aren’t many women in hip-hop. But when you go to the stations, there are at least 30 to 40 percent of artists who are comprised of women. It’s out there if you want to check it out. We have artists who speak directly to a movement. There are so many artists speaking truth to power right now. But it comes down to if you are into the art form.”

Over the years, Chuck D’s love for hip-hop has remained evident. As the genre transitioned from vinyl to digital, Chuck D realized early on that the business of music would change drastically.

“We were an album group in a single’s format,” Chuck D said. “Cassette players were everything from the 1970s until 1990 when CDs came. So the businesses were overlapping, and the same thing happened in the early 2000s when CDs were being pushed out. The smartphone emerged in 2006. Technology made the business change again. Five years later, streaming came. Staying on top of technology is important.” 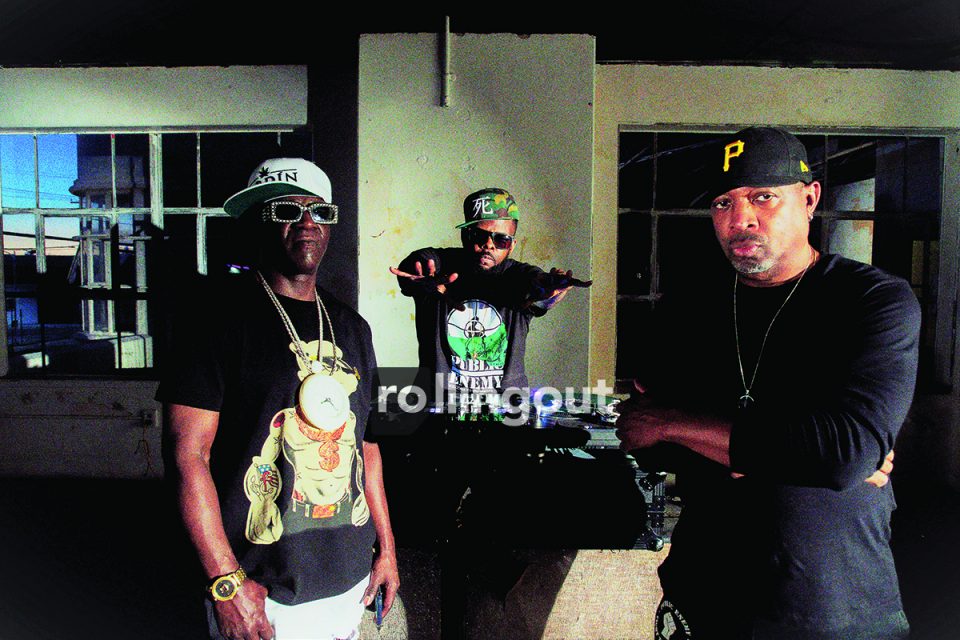 Along with the distribution of music, Chuck D witnessed how technology changed the landscape of recording. In turn, artists are now able to produce more music and get it out to the consumer faster.

“Technology has made recording easier,” Chuck D said. “In the older days, you would crave to be in the studio to create. But you also had to watch your minutes and seconds because the minute you stepped in the booth, you had to be aggressive. Because studio time was often rented, you didn’t have all the time in the world. But with technology, it has allowed artists to record whenever they want.”

While mundane lyrics about guns, drugs, and violence have been plentiful over the past few years, there appears to be an awakening that coincides with the Black Lives Matter movement.

Lil Baby shocked most of the music world in June 2020 when he released a millennial protest anthem, “The Bigger Picture.” Other artists of the current generation who have spoken out against racial disparities include DaBaby, Roddy Ricch, and YG.

As a master of the protest song, Chuck D sees himself as a mentor to artists who are using their music as a way to express the reality of the current times.

“Think about NBA stars, those guys aren’t coaching themselves,” Chuck D said. “There is always an OG person to guide guys like LeBron James, Kevin Durant, and Kyrie Irving. You have to play the game before steering the game. In music, there is a need for visible mentorship. Most artists want their art to be loved. We tell artists that you don’t have to be on your knees so much. Just stand up and be diligent about your work.”

Even as a mentor in rap, Chuck D continues to put in work behind the mic. In 2017, Public Enemy released the album Nothing Is Quick in the Desert and they are preparing to release their 14th studio album this summer, Loud Is Not Enough. Chuck D is also a member of the group Prophets of Rage, which features members of Rage Against the Machine and Cypress Hill. And he recently formed a group called Night Train with Speech from Arrested Development and Daddy-O of Stetsasonic.

Rap used to be a genre reserved for teens and 20-somethings who had a knack for rhyming to describe their environments. However, Chuck D and his comrades have proven that if artists are able to keep their skills up to par, there will always be room to serve as a player-coach in the game of rap.

Three decades after “Fight the Power” became hip-hop’s de facto protest song, Chuck D has yet to find a reason to stop fighting.

“The art is there,” Chuck D shared. “And the art will make its own noise. There is no such thing as putting out too much music. They used to say that about Prince and now they don’t have enough music by Prince. As a creator, you have to stay as hot as a furnace. You must always continue to speak truth to power.”

The post Chuck D continues to speak truth to power appeared first on Rolling Out.

OP-ED: Returning to School in the Fall Isn’t Safe Without a Vaccine
IN MEMORIAM: Leaders reflect on the life of Congressman John Lewis
Comment