HOUSTON – Just because you have a rough beginning, those events don’t dictate how the rest of your life will go. Justin Chappell is the epitome of this statement, as he was in and out of trouble during his childhood. He didn’t receive the discipline he needed due to the separation of his parents and his father not being around. He stated, “My mom tried to do the best she could …my stepfather did the best that he could, but the streets raised me.” At a young age, Justin was involved in gang activity, had his first son at the age of 15, participated in alcohol and drugs, expressing, “I grew up fast.”

Justin grew up in Birmingham, Alabama and spent a lot of time living there in fear for his life. He expressed, “There were just a lot of things going on and I just needed a way out.” He eventually moved from Alabama to play basketball, but when he got hurt, he was unable to play anymore. He then made plans to go into the air force, but when he went to go sign his paperwork, there was a note on the door which read “be back in 30 minutes.” In that short period of time, he caught a felony case. He said, “This is when I hit rock bottom.”

God’s favor was truly on Justin’s life as he received the second chance he needed. “It was a blessing,” Justin stated, as he knew the judge could have locked him up in prison for a long time; but the judge kept saying, “I see something in you.” His mom kept telling Justin, he needed to go to church, but he would never go. When he was in jail for a short period of time, he started praying and making God promises, and when he got out of jail, he started attending, and this is when his life started to change. Even though Justin started taking God seriously, he really didn’t take him serious until 2012 when one of his friends was murdered by another friend of his. He emphasized, “It broke my heart…I have stories for days, but after that happened, it put a fire in me.”

Today, Justin is the owner of Bama’s Landscaping, a landscape counseling and planning company based out of Waxahachie, Texas. He gives much credit to God’s Exciting Cathedral of Praise Baptist Church, as this church provided him with everything he needed for his business. Through his company, he has not only been able to be successful, but has also been able to help the ministry he started called, Bloodz of Christ (B.O.C.). B.O.C. is “an outreach nonprofit that strives to bring hope and instill morals and values in inner city young men. The organization, founded in 2009, partners with Boys and Girls Clubs and supports more than 100 boys from the Waxahachie, Ennis, Desoto and Dallas regions.”

It is Justin’s mission to help as many kids as he can and cutting grass allows him the freedom to run his ministry work and a lot of the money he makes, he uses it to help fund the ministry. Recently, Justin was the winner of a customer video contest through Mulligan’s Funding. Justin could have used the money from the contest to fund his business, but he decided to use the money for ministry. His desire is to be able to expose inner city youth to different things, but, he knows this requires funding. One of the challenges he has faced, is getting more support from the Black community stating, “The Black community doesn’t help the Black community; there are some good people out there, but, not enough.” So, when he won the contest, he wondered if, “Mulligan would agree, instead, to write a check directly to the charity.” Mulligan Funding complied and donated the winnings to the charity.

Through B.O.C., he is “helping kids to be better.” He takes them on events, and they even attend church on Wednesday’s and Sunday’s. He believes in the youth he has the opportunity to engage and is doing everything in his power to keep them out of trouble and to be the best they can be. No matter what happens, Justin is determined to uphold B.O.C.’s mission by Changing Lives. “It’s a lot holding me back, but, I am not going to let that stop me…I just want to promote these kids – God will take care of me,” he added.

If you would like to learn more about the ministry, or would like to donate, you can email Justin Chappell at bloodzofchrist@yahoo.com. 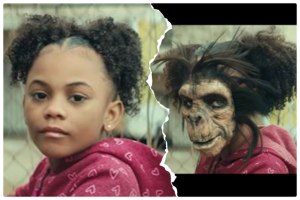 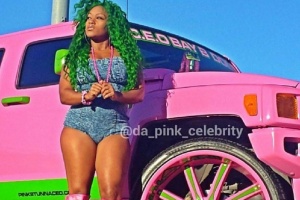