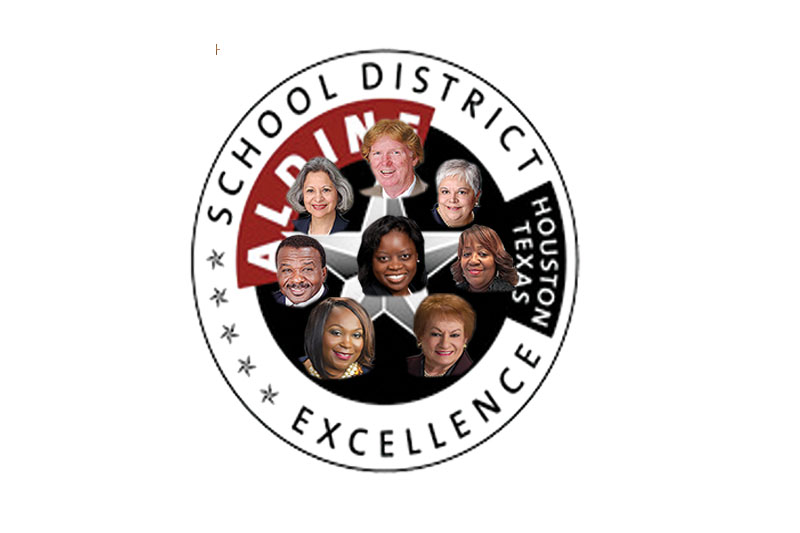 HOUSTON – “When I grew up there was only two races – BLACK and WHITE! If you were Russian, Chinese, Mexican, Japanese, etc., you was White. But BLACK has always been BLACK! So, nowadays things have changed and they playing the double-edged sword on us…

We got SOME Hispanics who want to play the ethnicity card and flip to be Mexicans, when it’s convenient for them to be a minority. But, when things start going their way, they White. Now, that’s a heck of an identity crisis, not knowing who in the hell you are! Because, when you don’t accept who you are, you are a very dangerous person. It just shows you don’t like yourself and you durn sho can’t like nobody else.”

These words were expressed by our Publisher, Roy Douglas Malonson during an intense interview, on the state of the Aldine Independent School District (AISD). As our dialog continued, it became evident that Malonson’s fierce passion for the 84-year-old district, is incited by a much wider spectrum of personal labor, involvement and activism. It was only after hearing his historical account of the District’s prior and present challenges’ and successes’, that I was able to fully ascertain the inferences he later implied.

Within his delivery, Malonson raised three solid questions… Are certain Aldine I.S.D. Hispanic trustees secretly like Houston ISD Hispanic trustees, who are undermining the authority of their respective superintendents? Secondly, is nepotism within their race more important than addressing the immediate needs of student’s quality of education? And finally, are these trustees on the verge of regressing to a former era in time, in which the District is struggling to overcome?

From the Perspective of Roy Douglas Malonson

But everybody knew that was just an outright lie!  So, when they went before the judge he asked, ‘Who was our voice?’

The thing about that was, A.W. Jones was a graduate from Carver H.S. and he was on the board representing us; he told the judge he was our voice and that hurt us bad.

Enter Aldine: The Justice Department and The Desegregation Plan

When integration came in, Aldine I.S.D. decided to go under the Desegregation Plan. Under the Desegregation Plan they had to go by rules, regulations and the law. Well, they were just skating… But, when then–U.S. Representative Craig Washington was elected, we found out the Justice Department was seeking a school district in the country to use as a role model since integration. At the time, they couldn’t find one. So, when Craig went to Washington, I told him, ‘I have one – Let’s use Aldine I.S.D.!’ Through our efforts, the Justice Department adopted Aldine I.S.D as one of their schools for others to pattern after.

They supplied us with all of the resources, and we created the Montessori Magnet Program in Acreage Home. From that, we experienced a lot of success and Aldine I.S.D. got to be one of the top five school districts in the country. And we were proud of that because, we had achieved something despite the injustices they had done in Acreage Home. You see, Aldine has a history of having a deep hatred for Black folks who have control or influence.

Once again, we were confronted with the same issue, a triple-edged sword this time.  Earl Harris and Emmet Hill grew up in Acreage Home; they both finished at Carver; they both still lived in the community; Harris was President of the Yorkdale/White Oak Civic Club and Hill was on the Aldine I.S.D. board.  So, when the judge asked, ‘Who was our voice?’ Hill said he was, and the request was granted.  But none of this surprised me because whenever our counterparts want to get over on us, they just find the right Blacks.

Needless to say, from that point forward, Aldine I.S.D. been going downhill.  And their reward for taking the district under and killing the community, was having a school named after each one of them.

Aldine I.S.D., We Still Have a Problem

Now, it is no secret to anyone, that there is a problem and several underlying factors which exists within Aldine I.S.D.  But, the first step in solving any problem is to have the intellectual honesty and courage to acknowledge there is a problem. Simple. Profound. Always true.

So, Aldine I.S.D.: we have a problem that is sabotaging the bright futures of too many of our high school graduates, many of whom leave the district totally unprepared to achieve success in higher education or to have a full range of options in the increasingly complex workforce.

Speaking of workforce, I always say the State of Texas made a huge mistake when they started dumbing down our schools with standardized testing and removing the trades out of the school system.  And now, just when it looks like we might be able to finally get something done; some of these “Rent-A-Mex’s” (as Johnny Mata say) and handkerchief head Uncle Tom’s wanna start ego-tripping.

Enter Aldine I.S.D. Superintendent Dr. LaTonya M. Goffney, who seems absolutely dedicated to telling the truth, the whole truth, and nothing but the truth about the problems our families confront in our school district. Dr. Goffney is taking the challenge many steps forward by advancing an aggressive commitment to OUR CHILDREN’S futures by charting a path of bold, courageous reforms that are absolutely needed at this time. It is not surprising that a leader as honest and totally candid as Dr. Goffney has been from the day, she became superintendent in July 2018 will ‘ruffle some feathers’ within the district’s large bureaucracy and even at the school board table.

Here’s our message to Dr. Goffney’s critics and opposers, including those that may be plotting to create roadblocks to a brighter future for OUR CHILDREN by obstructing or interfering with her path to reform for OUR CHILDREN.

African-American News & Issues stands with Dr. Goffney and her integrity and commitment to OUR CHILDREN. We will not stay silent when we observe anyone at the board table or the community trying to sabotage her agenda to restore brighter futures for our students. Our stance on these issues will be 100% guided by what is in the best interest of Aldine I.S.D., OUR STUDENTS and parents. We have total confidence in Dr. Goffney’s vision of reform.

So, let’s have some doses of reality that Dr. Goffney inherited when she became our superintendent in terms of the academic equity gaps of our at-risk students on statewide accountability standards. The following facts are from last year’s official state reports for 2017-18:

– 7th Grade: Only 15% and 13% respectively were at grade level in reading and math while the equity gaps between at-risk and not at-risk students were 46% and 44% differences in the subjects.

– 8th Grade: Only 17% and 28% respectively were at grade level in reading and math while equity gaps between at-risk and not at-risk were 56% difference and 48% differences in the subjects.

The picture last year in high school was even graver in English I and English II results.

– English 1 End of Course: Only 16% of our at-risk students achieved meeting the grade level standard with a 68% equity gap difference between at-risk and not at-risk students.

– English II End of Course: Only 21% of our at-risk students achieved meeting the grade-level standard with a 63% equity gap difference between at-risk and not at-risk students.

This is not all about numbers but consider the meaning of the follow fact. According to the Texas Higher Education Coordinating Board’s (THCEB) most recent and official college graduation rates for Aldine I.S.D. high school graduates proves: The vast, vast, vast majority of Aldine I.S.D.’s high school graduates between 2008-10 did not earn a certificate or associate degree from a community college in Texas or a baccalaureate degree from a university in Texas. This analysis excludes a tiny fraction of students who may have enrolled in institutions outside the State of Texas.”

Just to be Clear

Anyone – at the school board table or in the community – who picks a fight with Dr. Goffney’s courageous acknowledgement of the challenges we confront or the path of reform she wants to lead this district will at the same time pick a fight with the African-American News & Issues. Those that want to stand in her, and her team’s way should take this seriously. Since our founding, there’s no single issue that has more importance to African-American News & Issues than public education.  Because personally, “When talking education, my platform has always been simple…If we are paying taxes on a school two blocks from us, every school ought to be a top Montessori Magnet performing school and they need to put the trades back in the junior and senior high schools and they need to teach Black kids Spanish.”-Roy Douglas Malonson

Concluding, there was a time a decade or so ago that the problems in Aldine were more manageable. Today, the ‘train is off the track’; Dr. Goffney took this job in Aldine I.S.D. dedicated to solving the problems; and we will be walking with her every single step of the way.  As long as she stays focused and committed to doing what’s best for OUR CHILDREN; we are going to support her.  And y’all can count on it.