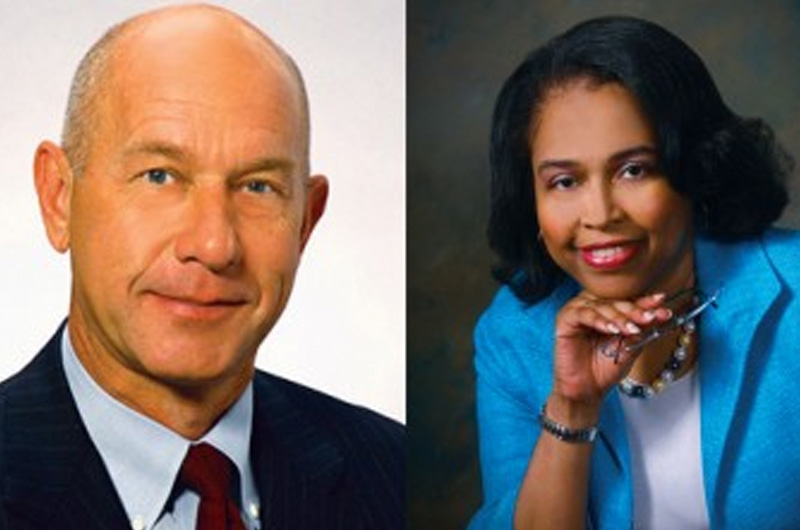 As 2014 comes to a close, perhaps no story is bigger than those surrounding grand juries. A grand jury even handed down an indictment on the sitting Texas Governor, Rick Perry.
Spread the love

HOUSTON – As 2014 comes to a close, perhaps no story is bigger than those surrounding grand juries. A grand jury even handed down an indictment on the sitting Texas Governor, Rick Perry.

The U.S Supreme Court has not visited the constitutionality of the system in almost 40 years. That could soon change.

Around the country legislators are filing bills to overhaul the system as it is currently in practice. Some are even seeking to eliminate it altogether.

Dean of Senate and Texas State Senator John Whitmire (D-Houston) has filed Senate Bill 135 which could change the manner in which grand jurors are selected and make it much more similar to the process used to select regular petit jurors. Petit Jurors, unlike grand jurors, sit on juries that decide guilt or innocence. Grand jurors are merely tasked with deciding if there is enough evidence to send a potential defendant to trial.

Under Whitmire’s proposal, the “key-man” system would be abolished and grand jurors would be selected from the regular jury pool. “I’ve introduced legislation to use random selection using a voter registration system or something of that sort,” says Whitmire. He believes his proposal will take cronyism out of the process.
The “key-man” system is a method used throughout much of the state of Texas whereby an appointed commission, as opposed to randomly selected individuals, determines who may serve on a grand jury.

The U.S. Supreme Court has repeatedly upheld the system to be constitutional, while at the same time acknowledging its vulnerability to abuse.

Court rulings and statistical analysis of have found the system tends to favor the powerful, while disenfranchising racial minorities, the poor, women and the young. According to Whitmire, all but two states, California and Texas have abandoned the “key-man” selection process.
“When judges select “key” people to select the grand jurors-they get people who have lots of time, no schedule, and oftentimes they are political friends of the judge,” says Whitmire.

“Recently a police officer was chosen as a grand juror foreman in a police officer shooting,” adds the senator. Citing the potential conflict that may arise, or the perceptions to which it may give sway.

That case is only one example of a grand jury deliberation that has left the senator baffled. “I am still upset concerning the beating of an African-American male by three Rice University police officers, over a theft of a bicycle. The three White officers, off campus, repeatedly struck the victim with batons, a devise other agencies have abandoned the use of.” Whitmire says he will also be filing legislation concerning the withholding of public information from elected officials, the media and the public, in such cases.

The  previous case to which Whitmire alludes, is one in which an African-American male was charged in the shooting death of a white police officer. The jury foreman in the Alfred Dewayne Brown case was James Koteras, an active Houston police officer and colleague of the murdered officer.
“When everyone comes from the same socioeconomic system you don’t get a system that reflects the people; and the reality, or perception of African-Americans is just that,” says Whitmire.

Agreeing with Whitmire is Attorney Teana Watson, a criminal defense lawyer who has also worked as an assistant district attorney in Fort Bend County.

“The key man system can be easily fraught with nepotism, which can more easily lead to a lack of diversity on a grand jury, (especially) if your judiciary lacks diversity. Again and again, the statistics show that the grand jury in Harris, and surrounding counties, lack diversity.”

When you combine that lack of diversity, with prosecutors who are predisposed to direct jurors to a certain outcome, particularly in officer involved cases, the Ferguson and New York no-bills, are what you get.

“The due process that the officer (involved) shooting cases receives is not what the average defendant receives when their case is being presented to the grand jury. For example, it appears the Ferguson grand jury heard weeks of evidence:  testimony-lay as well as expert,  forensics, etc… that is not normal.   It also appears that the Garner grand jury was presented with a great deal of evidence as well. It (certainly) appears in both cases that grand jurors were guided toward a “NO BILL”, which again is not the normal course,” Says Watson. “97 percent of cases presented to a grand jury are “true-billed.”

And Watson also believes there are many in that 97 percent that should have never been indicted. She attributes the selective information that can be presented to those jurors by prosecutors. “As a practicing criminal defense attorney, I come across many cases that never should have been true billed, if only certain facts were made known to the grand jury. Of course there have been cases that I personally represented people and presented packets of evidence to the grand jury and it has resulted in a “no bill”. However, in those cases the client had the foresight to hire me early enough to make the presentation to the grand jury. In many cases, people do not obtain an attorney until after a grand jury indictment”

Criticism of the system in Texas is not limited to criminal defense attorneys or Senator Whitmire and his Democratic and Republican colleagues. John Stride, a senior appellate attorney for the Texas District and County Attorneys Association, wrote in an article for the organization this spring. “Grand Jurors are drawn from those persons who are considered pillars of the community and retirees. Many of these may have strong ties with law enforcement officers…(and are therefore) more likely to buy into whatever the judge, the prosecutor, or officers say.”

“I hope the unfortunate incidents of late have served as a wakeup call to everyone that the criminal justice system is a process and you must participate to change any process .  The most basic form of participation, and the one that gets the most respect from elected officials, DA’s and Judges, entails voting,” Says Attorney Watson.
The Texas legislator will convene on January 13, 2014 under the leadership of a new governor for the first time in this millennium. Governor-elect Greg Abbott as the former Attorney General never questioned, or challenged the grand jury selection system.

“I’ve got my work cut out for me,” says Senator Whitmire. Our District Attorney (Devon Anderson of Harris County) has already stated that if she were still on the bench as a judge, she would use the random selection process. (That) is a first step toward paving the way for bi-partisan support of the effort.

Open Season Continues on Blacks…
LETICIA VAN DE PUTTE: Taking Her Fight Directly to the People in the Name of Children, Families and Texas’ Future
Comment