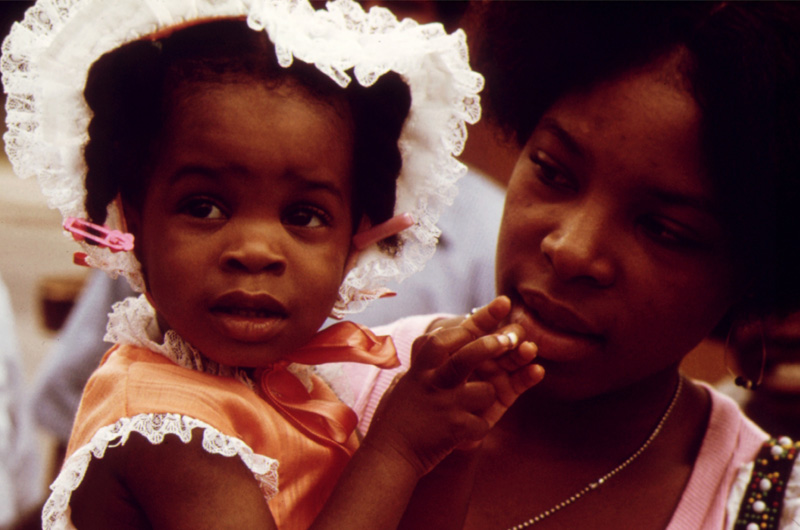 The CDC (Center for Disease Control) reported that “women in the U.S. are more likely to die from childbirth or a pregnancy related cause than other women in the developed world.” As a nation that is developed and filled with many technological advances, you would think that this would not be the case.
Spread the love

When a new baby is on the way, there is a lot of excitement. However, the process to get the baby here safely can be stressful, overwhelming and sadly, even deadly.

The CDC (Center for Disease Control) reported that “women in the U.S. are more likely to die from childbirth or a pregnancy related cause than other women in the developed world.” As a nation that is developed and filled with many technological advances, you would think that this would not be the case.

In addition, “The risk of pregnancy-related deaths for Black women is 3 to 4 times higher than those of White women.” Why is this?

I recently became a mother to a beautiful baby girl on July 11th. I didn’t have the easiest pregnancy, but no one could have prepared me for what was to come. I went into labor thinking I was going to have a normal delivery.

Shortly thereafter, my water broke, things started to go downhill. Several times, my daughter’s heart rate continued to drop. The nurses would put me in different positions to get her rate stabilized, but shortly after they did, it would just drop again. They even gave me medicine to speed the labor process up, but I wouldn’t dilate past four centimeters.

After ten hours in, a fever and another heart rate drop later, the doctor came rushing in and said “we have to take her.” I knew what that meant right away, a C-section. The tears immediately rushed down my face as terror filled my heart. This was my biggest fear as I had never had surgery before, and it seemed as if my nightmare had turned into my reality.

The umbilical cord was wrapped around my daughter’s neck. Thankfully, everything went well and my baby and I are doing well. But what if everything didn’t go well? What if things went wrong? After reading about the data from the CDC, I couldn’t help but think about the “what ifs?” I do want another child one day, and even though I can’t live in fear, this research is something that will stick with me.

The idea that Black women are more at risk at facing a pregnancy related death is baffling, and even though there may not be a definite answer, there are a few things that I found. For one, overall health may be a factor. How we as Black women take care of ourselves is very important.

There are so many health issues that occurs in the Black race like high blood pressure, and diabetes, just to name a few, and this could impact the pregnancy.

In addition, there is a lot of poverty within the Black race, so women of color may not have access to proper health care. There was also a discussion about the hospital a woman selects and the care she receives. When you are pregnant there are many appointments that need to be attended and etc., but, if a woman does not have access to insurance, she may not be able to provide good health care for herself or her baby.

Having a baby is not cheap, so if money is an issue, the woman may not be as willing to receive the health care that is needed. Although these are just a few factors, genetics and the environment can also play a big role in this as well.

There is so much that can go wrong during pregnancy, delivery, and even after birth, and in some situations, some things can’t be prevented. One thing I found interesting was that women are still at risk of dying up to a year after giving birth. My daughter is about to turn 4 months old, so that means I am still at risk.

I am not a doctor, but there are a few things that women can and should do in order to increase their chances of having a safe delivery and healthy life. It is important that women take care of themselves not only during the pregnancy, but before and after. This includes working out, eating right and getting the proper amount of rest. During pregnancy, it is also imperative that women go to all appointments and take their pre-natal vitamins.

In addition, women need to find a doctor that is knowledgeable, experienced and someone they feel like they can trust. If you sense that something may be wrong or not seem right, a woman should not take the risk of being okay, but should go to the doctor immediately.

Most importantly, women need to educate themselves about the process it takes to have a baby and even the process that occurs after delivery. When I found out I was pregnant, I immediately started reading about the different aspects of pregnancy.

I even attended a few classes. I did not want to go into the process blind, and I am glad I attended the classes. If God blesses us to give birth, we must do whatever we can to take care of ourselves so that we can enjoy the little bundle of joy long after delivery.

The Cost of Leadership﻿
The Young Guns vs. The Old Skool
Comment