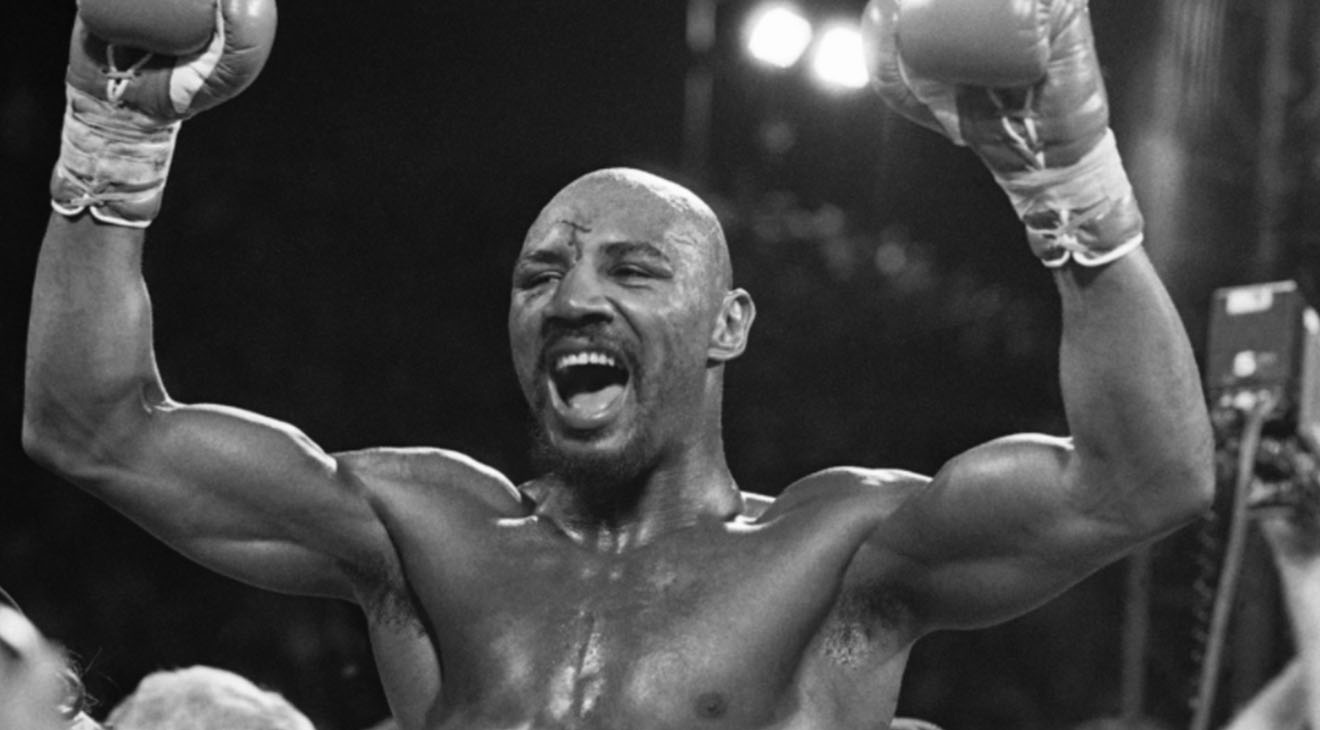 “I was the only person close to him until the last minute, and I am the only person that know how things went not even his family know all the details and I do NOT accept to read some stupid comment without knowing really what happen. For sure wasn't the vaccine that caused his death. My baby left in peace with his usual smile and now is not the time to talk nonsense,” Hagler’s wife continued on Facebook.
Spread the love

“I would like to speak with my heart to all of you… after 31 years the love of my life is gone and my life without him no longer makes sense, but I can feel him next to me even now and he’s telling me not to give up and be strong for him,” wrote Kay Hagler on Facebook on March 15.

Her husband, legendary boxer Marvin “Marvelous’ Hagler, died on March 13 of “natural causes” according to an announcement on his official web page. Hagler was 66.

Hagler was one of the most successful boxers in history and reigned as undisputed middleweight champion from 1980 to 1987. Hagler defended his title 12 times and still holds the highest knockout percentage of all middleweight champions. His death during the generational health COVID-19 pandemic that has killed over 500,000 people in the United States and hundreds of thousands around the world sparked immediate rumors that Hagler’s death was somehow related to COVID-19 the vaccine. There is no evidence this is true.

“I was the only person close to him until the last minute, and I am the only person that knows how things went, not even his family knows all the details and I do NOT accept to read some stupid comment without knowing really what happened. For sure [it] wasn’t the vaccine that caused his death. My baby left in peace with his usual smile and now is not the time to talk nonsense,” Hagler’s wife continued on Facebook.

The spread of misinformation into national politics and during the COVID-19 pandemic has had notable influence. A January 6 attack on the U.S. Capitol by Trump’s supporters, which led to the deaths of five people, has been attributed in part to a flood of misinformation on Facebook.

Hagler’s death is closely followed by the death of baseball legend Henry Aaron who died on January 22.Aaron’s death was also clouded by false rumors that his passing was somehow related to the COVID-19 vaccine. Currently about 11 percent of the population in the U.S. has been vaccinated.

“Marvin hated funerals and therefore, there will be no funerals or church celebrations he wants to be remembered with a happy smile, but I would be happy if each of you can light a candle for him. However, there is something special that I will do because it was his wish, and you will be informed at the right time by me. I just need time,” Kay Hagler wrote at the end of her remarks on social media on her late husband.

As with everything else over the last year, funerals and celebrations of life have been delayed and complicated by the pandemic.

Houston-based Entrepreneur and Philanthropist Partners with Beats By Dre to Help Kids
The Transatlantic Slave Trade: A Day of Remembrance
Comment