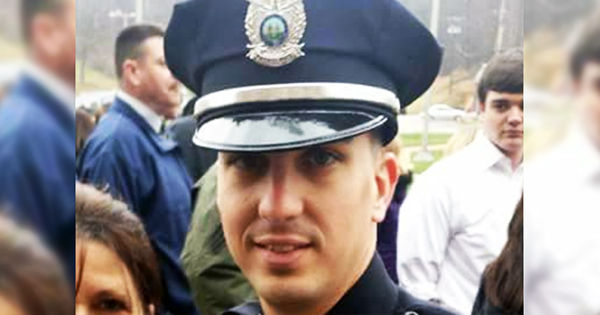 Stephen Mader, a white police officer from the Weirton Police Department who was fired after deciding not to shoot a Black male suspect, has filed a federal lawsuit against the department and won a settlement for wrongful termination last February.
Spread the love

Weirton, VA — Stephen Mader, a white police officer from the Weirton Police Department who was fired after deciding not to shoot a Black male suspect, has filed a federal lawsuit against the department and won a settlement for wrongful termination last February. A recent story from ProPublica unveils the whole story that surrounds what happened that night in 2016.

Stephen Mader, a 25-year-old rookie police officer and a former Marine vet who has served in Afghanistan, responded to a domestic dispute in Weirton, West Virginia on the midnight of May 2016. There he encountered R.J. Williams, a Black man and the ex-boyfriend of the 911-caller, who was drunk and was hiding his hands on his back.

Mader commanded Williams to show him his hands several times but he refused. When Williams finally showed his hands, a silver and black pistol was resting in his right hand, pointing at the ground. What happened next was unexpected and shocking to many.

“Put the gun down,” Mader said.

Mader chose not to shoot and kill Williams despite Williams seemingly being a threat to his life considering he was holding a gun. Instead, he tried to diffuse the situation.

Eventually, back up arrived and thought Mader needed some help. Williams, who still refused to drop the gun and even raised it, was fatally shot by one of the officers.

Williams’ gun was not loaded, as what his ex-girlfriend initially told the 911 dispatcher. Apparently, Williams was suicidal at that time. The caller told the dispatcher, “He said he was going to threaten the police with it just so they would shoot him.”

Meanwhile, Mader was surprised when weeks after the shooting, he was fired from the department because of his actions in the fatal encounter. He was even mocked a “coward” by his colleagues because he decided not to use deadly force on a suspect.

“I was just trying to calm him down,” Mader told Joe Sexton, the author of the well-researched ProPublica story. “It was really just talking to him like he was a human being—talk to him like a guy who was in a wrong state of mind, like a guy who needed to be calmed down, who needed help.”

“I didn’t want to shoot him,” he added. “I don’t want to say this, because it’s really corny, but I was kind of sacrificing my well-being for him. I’m not going to shoot this kid for my well-being. I’m going to wait to see more from him.”

Mader tried to take legal actions against the police department for his unfair termination and the damage to his reputation. It took him several rejections from lawyers until Maggie Coleman and Tim O’Brien contacted him to help with his case.

Along with the West Virginia American Civil Liberties Union, who was usually not an advocate for the police, Mader finally filed a federal lawsuit against the department on May 2017. It was settled in February and the city paid him $175,000, but the department did not acknowledge any mistake.

“No police officer should ever lose their job—or have their name dragged through the mud—for choosing to talk to, rather than shoot, a fellow citizen,” Timothy O’Brien, Mader’s Attorney said to The Washington Post in February.

“His decision to attempt to de-escalate the situation should have been praised, not punished,” he added. “Simply put, no police officer should ever feel forced to take a life unnecessarily to save his career.”

Now, Mader is living in neighboring New Cumberland, West Virginia with his wife and two sons. He couldn’t be with the Weirton Police Department anymore but he serves as a military police officer with the state National Guard.