We must run while they walk!

How many bubbles are in a bar of ivory soap?  This is the question that Southern voter registrars used to prevent you and I from voting for decades. It was state sponsored Voter Suppression and White Supremacy.

“King Donald Trump” and his millions of acolytes spread thousands of lies and disinformation and still lost the Presidency, House of Representatives and Senate. King Trump’s own appointed judges dissed him dozens of times.

Despite the “stop the steal” trope, Black and Brown voters kept their eyes on the prize. 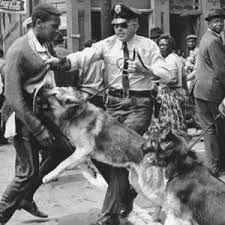 The crushing defeat came at the hands of a combination of hooks and right crosses thrown by voters of color in Georgia, Pennsylvania and Arizona. The Georgia voter phenomena is a forecast for Texas. In Georgia, it was unheard of for Black voters to overperform in a special runoff election. Black and Brown voter participation exceeded expectations even after the Republican opponents threw the kitchen sink. They were knee-deep into a contentious divorce by Rev. Raphael Warnock and they used his sermons at Ebenezer Baptist Church to color him as anti-American. Voters of color were sophisticated enough to dismiss the hype.

The lesson for Blacks and voters of color is that we must run and organize while the lunatic Republicans walk and destroy themselves. Kamikazes during World War II were essentially pilot-guided explosive missiles.  Kamikazes within the Republican Party are on a mission to trounce and dismantle other Republicans. Let them embrace death instead of defeat and shame. Let them become a regional conspiratorial party seeded by QAnon theories and their delusional “Queen” Rep. Marjorie Taylor Greene.  Republicans are on a suicide mission because the war is lost. As the Japanese kamikaze pilots found honor in crashing outdated planes into battleships, the Republicans have closed ranks around an outdated strategy to reach an America that no longer exists. White Supremacy is on the way to becoming a relic of history in the same way that carburetors are no longer standard equipment on automobiles.

They don’t fear becoming cannibals. Cannibals eat their own as food. They have been warned to stop and rediscover the soul of their party. Most are consolidating around an insurrectionist and have targeted those who vote their conscience. They have decided to devour Rep. Liz Cheney and 11 other party members who felt violated by the crazies that invaded the capitol.  Kevin McCarthy and the party of Trump want to excommunicate their principled colleagues and banish them to the Gulag. The question is: What is our responsibility while they eat their own? Consider this, is it true that sometimes your “opponent’s opponent” is your friend?

Before Stacey Abrams campaigned for governor and the special run-off in Georgia for the US Senate, the State of Georgia had begun a voter suppression campaign by purging hundreds of thousands of voters from the rolls. Additionally, there were 950,000 voters of color that did not vote in the presidential election, but they caught the wave and crushed the odds in the Special Election.  Barack, Michelle and VP –elect Kamala Harris joined Black voters in Georgia and spoke truth to power and changed the trajectory of history and the country. One of the challenges in Texas is to reach the registered voters of color that stayed home.

Will people of color start vigorous civic education and engagement programs for 16- and 17-year-olds? George Floyd and Breonna Taylor demand that we emulate Georgia and change the narrative. We must find the programs that aim to build a progressive presence in Texas and flip the state to blue. Texas Governor Greg Abbott and Texas Attorney General Ken Paxton can only hold the state by stopping you and I from voting responsibly.

Guess what, in the nation and the State of TEXAS we have friends – white, brown, red and yellow. Remember the proverb, A single bracelet does not jingle. Let’s do this…

This is what we mean when we say that “WE MUST RUN WHILE THEY WALK!”

(Houston, TX) – On Saturday, June 25, 2022, Congressman Al Green, a proud ally of the LGBTQIA+ community, released the following statement in commemoration and celebration of June as LGBTQIA+...

A Passionate and Driven Leader

By: Chelsea Davis-Bibb, Ed.D. HOUSTON-Growing up in North Tulsa, Oklahoma, Superintendent Millard House II grew up with two educators who loved the profession at its highest level. His...