Bill 1927 should drive community builder's apoplectic because of the already existing unacceptable level of firearm violence and trauma to children and families.
Spread the love

On yesterday, I spoke with the Texas Senate Secretary. She politely told me that the Bill to eliminate permits to carry firearms in Texas by anyone 21 years and older had advanced to the governor’s office. She was unable to tell me the nature of the amendments attached by the conference committee. She implied that the governor would probably sign the looming train wreck driven by a party that was becoming unhinged. This legislation was driven by a party that would be competitive in Texas because of too many Anglo citizens that were dinosaurs, sponges, and adherents to the lost cause.

President Barack Obama won twice, and President Biden defeated “45” by more than seven million votes. These far-right conservatives have doubled down on the religion of white supremacy and creation of ethnic states and zones to hold their power and privilege. Republicans have lost the popular vote in seven out of eight past national elections are poised to be steamrolled in 2024. When this happens, we will see how the alligator behaves when the lake goes dry.

Bill 1927 is the result of localized diseased cells metastasizing and going rogue throughout the body politic.

Bill 1927 should drive community builder’s apoplectic because of the already existing unacceptable level of firearm violence and trauma to children and families. As Denise Lasalle says, “we ought to be mad as hell.” I don’t have the privilege of speaking to you in the vernacular, so let’s stay kosher.

For example, a major longitudinal study released three years ago said that much of black America in Houston, especially Sunnyside was dying of a death by a thousand cuts. Over an eight-year span, 50 random and senseless gun violence deaths. Predominantly, these deaths were young black men and boys of color.

Gun violence leaves trauma as its offspring. Little penetration holes in the front, big exit holes in the back from bullets that have no names. Emotional scar tissue that refuses to heal plagues violence ridden communities and there is a palpable fear. In Sunnyside, some residents have pit bulls on their doorstep, some have posted signs with a picture of a big caliber firearm that say, “WE DON’T CALL 911!” Funeral homes have worked with activists to stop the violence. There is not a mass community healing mechanism since the demise of the Martin Luther King “Stop the Violence Workshop and Rally.” Late activist Billy Reece said, “there is nothing so dangerous as unresolved trauma.”

Senate 1927 was crafted by a University of Texas trained physician-legislator, Rep. Charles Schwertner, whose base is in high income Georgetown, Texas. Georgetown has very little gun violence victims.

Beloved Rep. Harold Dutton was one of seven Democrats to sign on for this measure while in House. We spoke to Rep. Dutton on behalf of the anti-gun violence coalition, and we are hoping that he will jump off this legislation.

Flawed social policy has a direct impact on the streets and neighborhoods. Straw men, older men will often buy guns for younger ineligible teenagers and escalate the beefs that lead to shootings and retaliations. Rappers who conned America out of a ton of dollars by crafting lyrics of “kill the suckers” will vacation in Cancun with Corona cervezas and “honeys” while the band plays on and Dead On Arrival tags are stapled on big toes of little boys and little men.

I had to go to the morgue with my sister to identify and claim her son’s corpse. Death from gratuitous violence is not pretty. Shotgun holes in his body tore into our psyches and pierced our damaged hearts.

We ought to be mad as hell as the specter of random South Side Chicago violent weekends and holidays loom for the “city that will decide America’s future,” according to the PEW Trust. Admittedly, more that gun accessibility exists as a predictor of community fratricide. Joblessness, Education, Affordable Housing, Weak families and Strength of civil society institutions play a mighty role in the protection and promotion of human life in vulnerable communities.

Power is the ability to gain, maintain and use community resources to control the destiny of your community and families. The exercise of power allows you to define a phenomenon and then make it act in a desired manner. This means that communities must get a rapid notification of threatening legislation and rapidly mobilize our communities and allies to crush or modify these enemy forces. Our elected representatives must do the will of the people and bring us receipts-progressive policy that affirms the humanity of Black lives.

Let me apologize for using the term “enemy,” but those people are not our friends even if we smile and shake hands with them. Our formula must be to be flexible with our friends, but firm with our enemies. And because the stakes are so high, we must be uncompromising with ourselves.

Let me apologize if I have conveyed that Sunnyside and other vulnerable communities are unlivable, for there are verdant zones where there is productive living with vibrant – high achieving families and institutions. Let me note that the historic high school in Sunnyside – Worthing is on the mend and producing busloads of talented students.

I would like to look at the threat that Black and poor people are facing from House Bill 1927 and conclude that we have bigger fish to fry. But we don’t.

Tomorrow morning, when we go to the drug or grocery store, we must adjust our awareness that the consumer in front of you or behind you is packing. Figure that the disrespectful motorist that threw the “I love you back” finger at you is packing. Los Angeles-style road rage is here in H-TOWN and Texas cities, big and small.

1927 is evil, sinful and vicious. It was not ordained by God. 1927 caught most of us sleeping.  We are in a third reconstruction. As Bun B says, this reconstruction was ignited by the biggest civil rights struggle in history -BLM. Now, each one of us must get busy by joining a fighting organization and change our communities and the world. 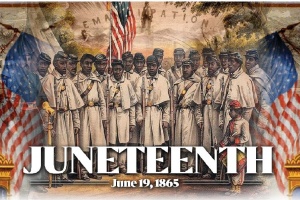 Where Is America’s God Conscience?