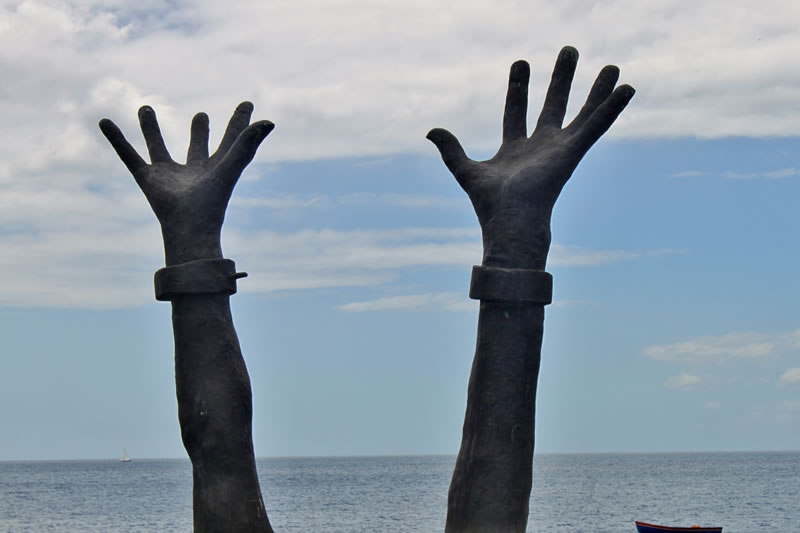 Solomon Northup had no idea that 173 years after being taken hostage and sold into slavery that his ordeal and sheer courage and determination would be widely displayed as a lesson before the world as an example that it is possible to overcome all odds.

Telling that story in the movie, “12 Years a Slave”,  Black Movie Director, Steve McQueen offers a sneak peek into his own life, challenges growing up and how that has shaped him into a successful filmmaker.

McQueen, the former modern artist-turned film-maker, got his moment in the spotlight for his film which is based on the story of a Northrup, a free New Yorker who was kidnapped and sold into slavery in Louisiana.

The slavery drama not only took the Academy Award for Best Picture, but became the first movie by a Black director to win the film industry’s highest honor in the 86 years since the award began.

The meaning of his achievement should not be taken lightly as it links the history of every Black person in the world who has and is battling inequality, racism and the odds to make it. However, McQueen’s story is a story of fighting a similar struggle to escape poverty and overcome the odds of not being accepted in a social and education system that simply did not nurture the true talents of Black children.

His story is one that parents can use to motivate Black youth past the hopelessness that exists and the ever present lure of the streets that threatens to steal their futures one by one or provide a one-way ticket to despair and the graveyard.

According to numerous interviews, McQueen was first showed a copy of Northup’s original story by his wife and described the work as “unearthing a treasure for me“.

He connected to Northrup’s ordeal and the challenges he faced and was able to use his artistic creativity to bring a story that speaks to all generations about the origins of the Black struggle. It also speaks to the twists of history that unveils the truly ugly, untold secrets and the unadulterated truth about the abuses slaves and former slaves endured.

From his early life to the film, the connection has proven to be institutional and generational. At a young age, McQueen too had to overcome institutional racism, stereotyping and classification of Black males. Though slavery had long been abolished, growing up a Black male in England appeared to be as great of a struggle as growing up Black in America.

He was born in west London to Grenadian parents, grew up in Ealing and went to a multicultural school where he was one of the more popular kids because he played football.

Growing up, he described himself in interviews as a good kid who was not a troublemaker. However, his toughest challenges happened while at school. He shared how inequality and the biases of school administrator and their decisions about academic achievement could make or break futures.

One group was considered gifted and would get all the academic training and teaching possible. Others were considered normal, but  many of the minority children were put in manual labor training to become plumbers and builders. He himself was classified as laborer – something he reflects on that made him feel terrible about school and made his learning process difficult and painful.

McQueen summed of his treatment and what he saw when other poor and minority children in one interview by stating, “It was horrible. It was disgusting, the system, it was absolutely disgusting. It’s divisive and it was hurtful. It was awful. School was painful because I just think that loads of people, so many beautiful people, didn’t achieve what they could achieve because no one believed in them, or gave them a chance, or invested any time in them. A lot of beautiful boys, talented people, were put by the wayside. School was scary for me because no one cared, and I wasn’t good at it because no one cared. At 13 years old, you are marked, you are dead, that’s your future.”

In the very early stage of his life, McQueen lived and witnessed the discrimination against Black and working-class people.

He could see the statistics of young men being lost to the streets with no direction and no one to turn to for guidance.

Despite being written off by a society that tends to waste Black young men by the thousands, McQueen was determined not to allow himself to be lost to the streets.

What made the difference with him was his ability to look within and focus on the talents he discovered in himself- the ability to draw.  McQueen used his natural artistic talent to help him grow and despite several unsuccessful attempts to reach the next level in schooling, he never stopped trying. He worked hard and did not allow what critics and other people said about him stop his dream and did not even allow dyslexia slow to him down.

His artistic mind and imagination compile the realisms and realities of life into visuals like no other and taking the issues of slavery, unearthing its hidden horrors and taking the subject to a whole new level. 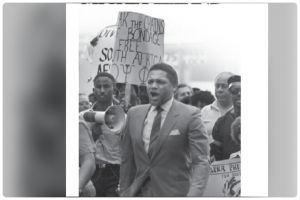 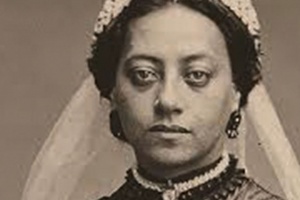 Meghan Markle and ‘The power of a strong, Black woman’
Comment

‘Black Love’ under attack in AmeriKKKa