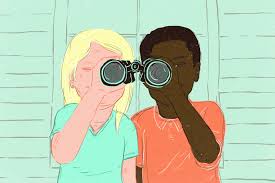 “One of the worst things that happened to Black people in America historically is integration. People ask me why I say that and I tell them it’s because we gave up all of our control.”
– David Banner

Recently, while browsing the internet I was impressed to see a young man express the truth about integration as it relates to the Black community. So, since my series on Accountability has come to an end, I have decided to begin another.

In this next series I will be addressing the Truth About Integration. I believe it is important for us to know Our Story and to teach Our Children and Their Children the truth about what has been done to Our Communities. Because some people think integration was the best thing invented since Mom’s Apple Pie, but this couldn’t be further from the truth.

However, in order for us to best understand the truth about integration, we must first understand what it is or what it was.

We MUST Understand Black people have been through several centuries of change since our entrance into these United States. Africans were brought to this nation as slaves and endured oppression for over 400-years – serving under Whites, relenting to their every beckoning call and command.

Once this dark part in history was abolished, Blacks were still subject to White supremacy. Blacks continued to be marginalized through measures of Jim Crow laws and segregation.

Fast forward to May 17, 1954, the date the Supreme Court declared its landmark decision in the, Brown v. Board of Education case. This ruling set the statue in place that separate schooling of Black and White children was inherently unequal.

Thereafter, the Civil Rights revolution put in place laws that attempted to guarantee, no one should be restricted access to education, jobs, voting, travel, public accommodations, or housing because of race. This affirmed that while Blacks, Whites, Latinos, Asians and Native Americans might not share social space, public institutions, workplaces and schools were no longer subject to being divided into separate domains, with access to the best opportunities determined by skin color.

Now, to a lot of Black folks all this meant was We’z iz finally accepted now! Or, at least that’s what most of Our People thought… Keep picking up our paper to read more about the Truth About Integration!