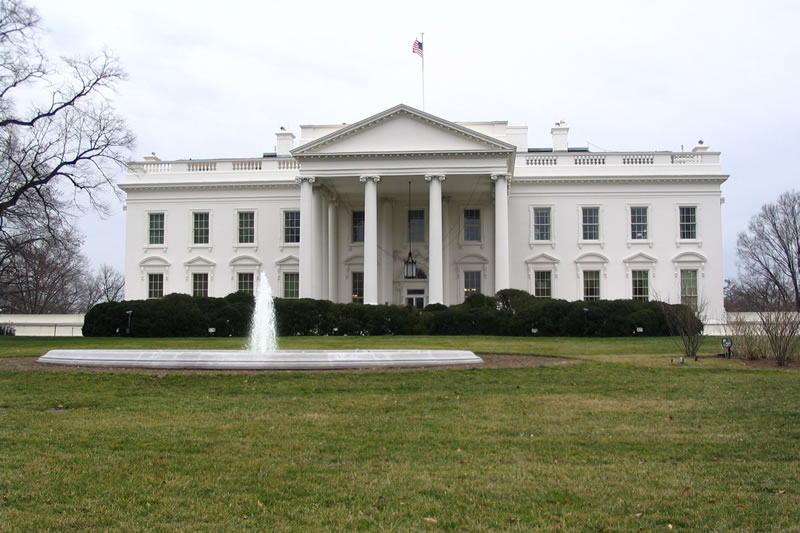 HOUSTON – According to King Solomon, the third king of Israel, “there is nothing new under the sun,” as recorded in Ecclesiastes 1:9. “The thing that hath been, it is that which shall be; and that which is done is that which shall be done: and there is no new thing under the sun.” While many people all over the world assumed that history was made on January 20, 2009, when President Barack Obama was inaugurated into office as what majority of Americans have labeled as the first Black president of the United States of America, the truth is that thought couldn’t be further from the truth. The thing that many people do not understand is that President Barack Obama is not the first president that has the entitlement of being referred to as “Black,” especially according to the “one-drop rule,” which suggests that any person having a percentage of Black in his or her blood is considered Black.

F. James Davis, a retired professor of Sociology at Illinois State University, defines and explains this rule and theory more in depth in his book entitled Who is Black? One Nation’s Definition.” An excerpt from the book explains that “In the South it became known as the ‘one-drop rule,’ meaning that a single drop of ‘Black blood’ makes a person a Black. It is also known as the ‘one Black ancestor rule,’ some courts have called it the ‘raceable amount rule,’ and anthropologists call it the ‘hypo-descent rule,’ meaning that racially mixed persons are assigned the status of the subordinate group.” Therefore, if we are to uphold the definition according to the United States of America as it relates to who is considered Black, it would mean that in fact President Barack Obama is not the first Black president, but in all actuality he stands as number eight in line, by definition. Throughout this article, we will seek to explore presidents that have preceded him in this stead. Additionally, not only will the myth of President Obama being the first Black president be dispelled, but so will history as it has been passed down from generation to generation.

John Hanson
First, it has been taught that President George Washington was the first president of the United States of America, however, the reality is that he is not America’s first president. Truthfully, a man of color was. The irony within the scenario rests in the fact that George Washington even voted for him along with an overwhelming approval by Congress as a whole. John Hanson was the first president of the United States of America. He served as president for roughly a year during the years 1781 – 1782. He was a Moor, according to historical research.  A “Moor” is a term used to describe the color Black. It does not suggest one’s nationality or historical origin, but it is simply an adjective used to distinguish the color of a person.

The adoption of the Articles of Confederation is what literally formed the United States as a nation. This establishment came to pass on March 1, 1781. Although they had been proposed and drafted over four years prior, they were not accepted by all states. There was a thought that one state would retain or gain excessive power because of the bounteous supply of land that they obtained, which caused the document to be at a stand still for several years, however, once the states did come to an agreement and the Articles of Confederation were signed, the need for a leader was underway. Undoubtably, John Hanson had already proved to be a valuable and needed asset for the government due to the previous roles that he had already served. He was a key player in the revolution as well as a member of Congress that carried much weight. Thus, he was voted in as the first president of the United States, with no opponents even attempting to run against him.

During his tenure as president, he implemented a couple of ordinances upon which the country still operates until this day. As a matter of fact, he was the president to institute Thanksgiving as a national holiday by making a declaration that every fourth Thursday of November be deemed Thanksgiving. He also initiated the mandatory “great seal” of which all presidents that have since succeeded him are bound to use on all official documentation. So why isn’t John Hanson listed as the first president of the United States? Well, with the implementation of the enslavement period of Africans being forced into bondage, it should be no real surprise that certain facts about history have been left covered. Nonetheless, this is one fact that remains true whether accepted or not and that is the mere fact that the first president of the United States of America was indeed a Black man, according to the nation’s own definition of the term.

Thomas Jefferson
Secondly, the third “recorded” president of the United States was also a Black man. Thomas Jefferson’s administration ranged between the years 1801 – 1809. Not only was he a Black man, but he had children with a slave named, Sally Hemings. Throughout the years, much debate has risen surrounding the argument whether of not President Jefferson fathered children with a slave. Yet, DNA evidence has since unearthed the truth that the president’s genetic traits were directly linked with the children birthed by Sally. To that regard, Jefferson’s own biological inheritance yields results that his mother was an Indian and his father was “mixed” with Black and White.
Ultimately, President Jefferson went down in history as one of the founding fathers. He was also the author of the Declaration of Independence, the document that was signed on July 4, 1776. This date remains as a commemorative holiday that Americans all of the nation recognize and pay homage to, as a symbol of freedom every year.

Andrew Jackson
The seventh “noted” president of the United States of America was also a Black man by the name of Andrew Jackson. Serving a eight-year term ranging from 1829 – 1837 was the son of a Black man who had children with a woman from Ireland. President Jackson was not the only child born from their union, but his father’s other children were sold into slavery. At an early age, he was orphaned but that one fact alone did not leave room for him to sink into a position of despair. Jackson was able to soar through the ranks and make a reputation for himself. He went down in history as the founder of the Democratic party and was known as the “people’s president” and “Old Hickory.” He strongly believed in individual freedom and was extremely supportive to that cause. His successful defeat of the British in the Battle of New Orleans as a major general made a real name for him. President Jackson provided a great deal of support for the common man and is also the president whose face is imprinted on the United States currency of a $20 bill.

Abraham Lincoln
Many Black people reverence President Abraham Lincoln because he signed the Emancipation Proclamation. The Emancipation Proclamation was a document that, proclaimed the freedom of slaves in the 10 states that were still in rebellion. While this executive order and decree did not free all the slaves, President Lincoln was the first president to even go out on the limb to at least attempt to offer some form of relief for slaves, regardless of the reasoning or justification.

President Lincoln is “indicated” as the 16th president of the United States which served during the years 1861 -1865. Although it has been rumored that there was a ploy devised by his mother to pass Abraham off as her husband’s son, the truth about his genetical history has been revealed by modern research of DNA evidence. His mother, who is believed to have been a woman from a tribe in Ethiopia, was having an affair with a slave named Iemis. Testing and correspondence unearthed within the last decade exposes the truth about President Lincoln’s actual bloodline. Dr. Alan Holdsworth, an anthropologist, explained his findings to the National Geographic magazine. He said“We managed to attain DNA evidence from a lock of Abraham Lincoln’s hair which proves that he had a very strong African genetic link. His chromosome makeup is very specific to West African DNA patterns and this suggests that Abraham’s real father was indeed of African origin.”

Warren Harding
President Warren Harding has been “denoted” as the 28th President of the United States. His leadership only covered a two-year period within 1921 – 1923. Nevertheless, he was a president and he was Black. Unlike many other individuals who attempt to scapegoat their Black heritage and ancestry, Harding embraced his. He never once denounced the fact that he was Black. Furthermore, he even stood up to Republican leaders who tried to make him deny who he was. To his defense, he rhetorically uttered the expression, “How should I know whether or not one of my ancestors might have jumped the fence?” According to a report on CNN, “William Chancellor, a White professor of economics and politics at Wooster College in Ohio, wrote a book on the Harding family genealogy and identified Black ancestors among both parents of President Harding.” It is alleged that the Department of Justice destroyed all copies of the book. But, Chancellor found that “Harding’s only academic credentials included education at Iberia College, which was founded in order to educate fugitive slaves.”

Calvin Coolidge
The “acknowledged” 29th president of the United States was also a Black man by the name of Calvin Coolidge. He served for six years during the time period of 1923 – 1929. His mother was a Black woman. According to the White House’s history of President Coolidge he“demonstrated his determination to preserve the old moral and economic precepts amid the material prosperity which many Americans were enjoying. He refused to use Federal economic power to check the growing boom or to ameliorate the depressed condition of agriculture and certain industries. His first message to Congress in December 1923 called for isolation in foreign policy, and for tax cuts, economy, and limited aid to farmers.”

Dwight E. Eisenhower
Lastly, the 33rd “recognized” president of the United States, Dwight Eisenhower, was a Black man, according to the “one-drop rule.” He served from 1953 – 1961 and his mother was a half Black woman by the name of  Elizabeth Stover Eisenhower. President Eisenhower’s Black ancestry was used against him by opponents during his era. Not much is known about his mother’s family or her, except for the fact that her parents are listed as “unknown.” So, although there is not much information to completely conclude from, one can only imply that there was definitely a reason for that.

Especially considering that most races are able to trace their roots back almost to their initial origins, however not all African-Americans are privileged to do so. While the “unknown” history of Eisenhower’s mother remains, one can only assume that there was good reason for it to be listed that way.

Concluding, as African-American News&Issues celebrates Black history month, we encourage our faithful and loyal readers to research your lost history. Because, as Publisher Roy Douglas Malonson often states, History as we know it, is just what is says, “His-story”. Therefore, we encourage you to think twice the next time that you refer or hear someone regard the current POTUS as the first Black president of the United States. Because historical facts tells a different story!