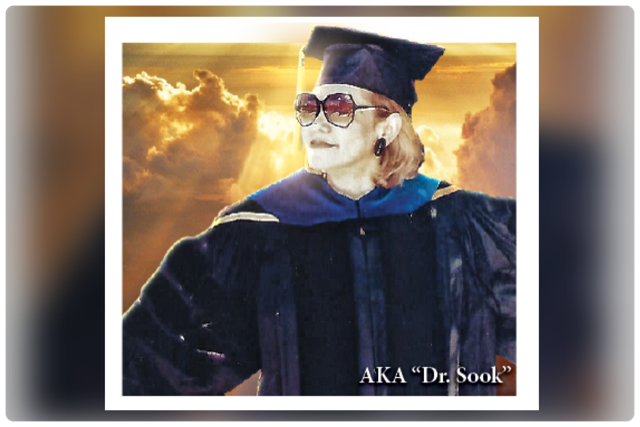 Dr. Juanita L. Malonson Holliman was born on December 7, 1939 in Spring, Texas.  She was the first of nine children born to John Curley Malonson, Sr. and Viola Syon Malonson.  At the time of her birth, the Malonson family lived in a two-story home, on a Dairy Farm in the then, Bammel Community near 1960/Kuykendall.  As an infant, Juanita was baptized at St Anne De Beaupre Catholic Church in Houston and remained faithful to her religion into her adult life.  Juanita attended, Spring Jr. High, a six-room schoolhouse (1st-10th grade), Carver High School, where she was a cheerleader, and finished from Booker T. Washington Night School.

A few years after giving birth to her daughter, Gilda Malonson Holliman Bolton, and at the encouragement of one of her closest cousins, Juanita went on to attend Prairie View (PVAMU) College, School of Nursing.  Traveling back and forth to Houston, she fulfilled her Clinical Rotations at Jefferson Davis Hospital.  The same day she graduated PV, in 1965, Juanita married her college-sweetheart, Halcolm Holliman in the old St Martin De Porres Catholic Church in Prairie View.  Halcolm’s promotions through the Federal Government took them, and their children, across the entire United States.  During this time, Juanita gave birth to their son, Mark Douglas Holliman in 1967.  She also furthered her education with a Masters’ Degree from the University of California, San Francisco and a PhD in Education and Behavioral Sciences from Colorado State University, Denver, all while working full-time and raising her children.  This included raising her niece, Regina Milburn Allen, for almost two years.  “Gina”, as she called her, became like a second daughter and remained extremely close to her “Aunt Juanita”.

Juanita’s joy of Nursing, teaching and learning was shared through her extensive employment history:  Methodist Hospital School of Nursing, Philadelphia; Community College of Denver; University of Colorado, Denver; Near North Health Corporation, Chicago; Governor’s State University, University Park; DePaul University, Chicago; Malcolm X College, Chicago; Chicago State University, Chicago.  Over these many years, Juanita became a published author of Nursing Education textbooks and Curriculum Design, as well as an accomplished speaker (15 years) for the Critical Thinking Institute of Berkeley, California.  In addition to pursuing her education and careers, Juanita made time to enjoy her favorite hobbies:  reading and painting.  She gifted many of her artistic creations to her family.

After her retirement in 2015, Juanita continued her life-long pursuit of learning which culminated in the publication of her book:  Spiraling Into Hearing Loss and Deafness:  A Memoir of a Professors Decent Into Hearing Loss.  This book (her joy) was published one week before her passing on June 28, 2021.

Through the loss of “the love of her life” in December 2020, Juanita was encouraged by family members to turn to an even closer walk with our Lord.  She became increasingly aware of The Cross and its significance to her life.  She was surrounded by the “peace that passes understanding” and would speak of The Lord comforting her.  Her favorite Bible Expositor was her nephew, Pastor David Allen, Jr.

From dancer to phlebotomist to independent artist: The rise of Houston’s ‘Da Pink Celebrity’
Why are we still killing each other?
Comment