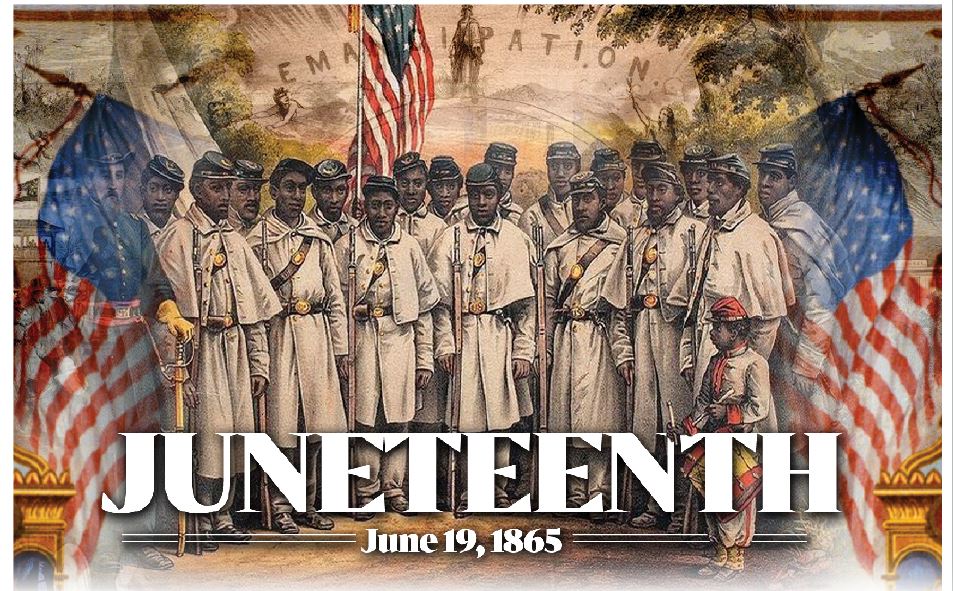 Some things are long overdue, however, slowly but surely, it appears we are starting to turn a page in America. Juneteenth, a day many of us in Texas are more than familiar with, is starting to gain more attention across America. This year, as the day approaches, cries for social justice and forward movement for African Americans are starting to be heard, even though we still have a long way to go.

We just celebrated the grim 100th anniversary of the Tulsa Massacre and the racially-motivated burning of Black Wall Street and President Joe Biden has recognized it as one of the worst atrocities against our people. Keep in mind, however, that Tulsa barely scratched the surface of the many (hidden from history) Black massacres in this country.

Juneteenth (short for “June Nineteenth”) marks the day when federal troops arrived in Galveston, Texas in 1865 to take control of the state and ensure that all enslaved people be freed. The troops’ arrival came a full two and a half years after the signing of the Emancipation Proclamation, which was issued by President Abraham Lincoln on January 1, 1863. The order had established that all enslaved people in Confederate states in rebellion against the Union “shall be then, thenceforward, and forever free,” but in reality, the Emancipation Proclamation didn’t instantly free any enslaved people. The proclamation only applied to places under Confederate control and not to slave-holding border states or rebel areas already under Union control.

Did you know? Galveston is the birthplace of Juneteenth?

After the war came to a close in the spring of 1865, General Granger’s arrival in Galveston that June signaled freedom for Texas’s 250,000 enslaved people. Although emancipation didn’t happen overnight for everyone—in some cases, enslavers withheld the information until after harvest season—celebrations broke out among newly freed Black people, and Juneteenth was born. That December, slavery in America was formally abolished with the adoption of the 13th Amendment.

The year following 1865, freedmen in Texas organized the first of what became the annual celebration of “Jubilee Day” on June 19. In the ensuing decades, Juneteenth commemorations featured music, barbecues, prayer services and other activities, and as Black people migrated from Texas to other parts of the country the Juneteenth tradition spread.

In 1979, Texas became the first state to make Juneteenth an official holiday. Today, 47 states recognize Juneteenth as a state holiday, while efforts to make it a national holiday have so far stalled in Congress.

And this month, after more than 150 years, the city of Galveston has finally made Juneteenth an official city holiday.  Mayor Craig Brown said this acknowledgment is long overdue, and of course, we agree.

Making it official means non-emergency city offices will be closed and city government employees will get a paid day off, but of course, it means more than that.

It is a nod to the countless people who fought for years to make the historic day recognized.

The late Hon. Albert Ely Edwards is affectionately known as the “Father of Juneteenth.” The former state representative, who died in April 2020 at the age of 83, introduced the bill that helped make Juneteenth a state holiday.  The bill passed through the Texas Legislature in 1979 and was officially made a state holiday on January 1, 1980. Congresswoman Sheila Jackson Lee is still trying to make it a national holiday.  She released a statement that read, in part:

“This Congress I re-introduced in the House of Representatives the bipartisan Juneteenth National Independence Day Act, H.R. 1320, with 102 co-sponsors and today that number has reached 161. The House re-introduction coincided with the re-introduction of a Senate companion bill by Senators Markey, Smith, and Booker, which now has 60 Senate sponsors. The Congress is focused on the Juneteenth National Independence Day Act, which if enacted would make Juneteenth a federal holiday.

“Juneteenth honors the end of the centuries of suffering that African Americans endured under slavery and celebrates the legacy of perseverance that has become the hallmark of the African American experience in the struggle for equality. These values are shared by millions of Americans who over generations have held fast to the promise of this nation while struggling for basic human rights.”

“Juneteenth celebrates African American freedom while encouraging self-development and respect for all cultures. But it must always remain a reminder to us all that liberty and freedom are the precious birthright of all Americans which must be jealously guarded and preserved for future generations. As it takes on a more national and even global perspective, the events of 1865 in Texas are not forgotten, for all our roots tie back to this fertile soil from which a national day of pride is growing. This is why we must establish the Juneteenth Independence Day, as a national holiday. And today we also pay special tribute to Opal Lee, the Grandmother of Juneteenth!”