The Eta Gamma Chapter, representing Texas in the competition, was selected College Chapter of the Year, the Hobart Jared Debate Award (Jared Grant and Russel Thomas) and the Belford Lawson Oratorical Award (Titus Bryant. The Charles H. Wesley Award for alumni and college relations went to Eta Gamma and Epsilon Tau Lambda Chapters. The Alumni Brother of the Year Award went to Frederick V. Roberts for his service to the fraternity and community at large. The chapters and the brothers will represent the SW Region at the Alpha Phi Alpha Fraternity’s national convention in Las Vegas, Nevada in July 2019.

Alpha Phi Alpha Fraternity is the first fraternity for Black college men was founded on December 4, 1906 at Cornell University in Ithaca, New York. The chapters’ win was based on their participation in the organization’s national programs and special Initiatives, to include support for Project Alpha (male mentoring), A Voteless People is a Hopeless People (voter education), Go to High School, Go to College, Brother’s Keeper (service for widows/senior Alphas), Boy Scouts of America, Big Brothers/Big Sisters and the March of Dimes at the university and the in the community at large.. 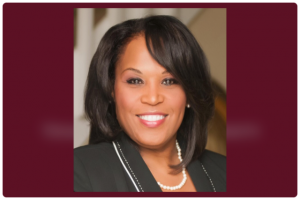