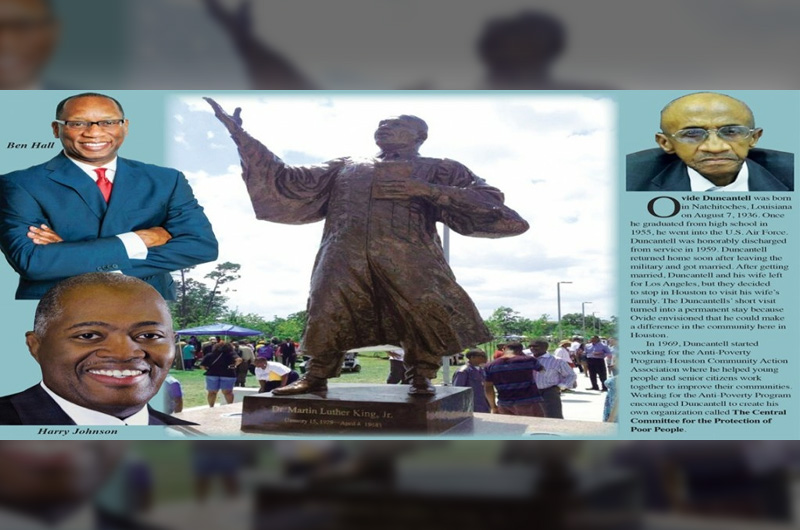 Ovide Duncantell was born in Natchitoches, Louisiana on August 7, 1936. Once he graduated from high school in 1955, he went into the U.S. Air Force. Duncantell was honorably discharged from service in 1959.
Spread the love

Ovide Duncantell was born in Natchitoches, Louisiana on August 7, 1936. Once he graduated from high school in 1955, he went into the U.S. Air Force. Duncantell was honorably discharged from service in 1959. Duncantell returned home soon after leaving the military and got married. After getting married, Duncantell and his wife left for Los Angeles, but they decided to stop in Houston to visit his wife’s family. The Duncantells’ short visit turned into a permanent stay because Ovide envisioned that he could make a difference in the community here in Houston.

He did not win either election, but that did not discourage him from pursuing his mission. From 1973-1977 he worked for County Commissioner Tom Bass where he assisted Bass in appointing new candidates for county positions. By working for Bass, Duncantell was able to pave the way for African-Americans who wanted to work in public service. He appointed the first Black Harris County Constable A.B. Chambers. While working, Duncantell went to Texas Southern University and earned both Bachelor and Master degrees in Sociology

“We had to get several petitions signed by homeowners and businesses and go through the long process of getting all address numbers changed. The City also didn’t support the name change because they claimed that there was another street named after Martin Luther King in Houston.” He continued, “This street was a small street that only had three houses on it. I don’t exactly remember where this street is located, but I believe that it is in northeast Houston near Wallisville.”

The Black Heritage Society’s next major project was to plant a tree in honor of Martin Luther King Jr. on the esplanade near the intersection of Martin Luther King Blvd and Old Spanish Trail. The Black Heritage Society planted the tree in response to the City’s rejection of a proposal to erect a statue of Martin Luther King Jr. on the esplanade. The tree stood proudly for over 30 years until Houston’s Metro threatened to destroy it because it was in the way of a Metro light rail expansion project. Metro eventually agreed not to destroy the tree under certain conditions; which included a negotiation to help build a Martin Luther King Memorial Plaza in MacGregor park. Duncantell was not satisfied with the agreement, because it was not in writing. Duncantell wanted him and the Black Heritage Society to retain some control over relocation of the tree and the design for the memorial plaza. On May 1, 2012, Duncantell chained himself to the tree to stop Metro from uprooting the tree. He stayed tied to the tree for over 12 hours (from 8am – 10:20pm), he did not eat anything but drunk water and juice, and he had colleagues fill in for him during restroom breaks. At the risk of going to jail, he was willing to stand by the tree the next day if Metro didn’t come up with a written agreement. Eventually, Duncantell was able to get a written agreement signed by the Mayor and Metro and he is now satisfied about the tree’s position in MacGregor Park.

The Unveiling of the Martin Luther King Jr. Memorial Plaza at MacGregor Park

Earlier this year, the Black Heritage Society unveiled the Martin Luther King Jr. Memorial Statue at MacGregor Park. The taxpayers donated the space and land for the monument. However, $64,000 was needed to finalize the plaza. Attorney Ben Hall, 2013 Mayoral Candidate and Advisory Board Member of the Martin Luther King Memorial Project- Houstonand wife, Mrs. Saundra Hall stepped up and changed Black History in Houston by cutting the check. This is the first noted time that an African-American couple has taken the initiative to contribute that amount of money to pay for a Historical project.

“He came and spoke here in 1964 at St. John’s Baptist Church; then he came back unfortunately during some very difficult times and was forced out of speaking. So we think this is in essence a reunion,” says Shelia Jackson Lee.

Martin Luther King III, a keynote speaker at the ceremony said “I could have easily embraced hatred, but what I’m thankful for is the spirit of love that teaches you to dislike the evil act but still love the individual. That’s what we’ve got to do in America, to forgive and move forward.”

Reverend Derek King was among several dignitaries who were present at the event. He says, “Don’t get stuck on the statute — We have a long way to go.” He continued, “We don’t need another Martin Luther King. We need another you.”

The Black Heritage Society and the Martin Luther King Memorial Project- Houston organized the ceremony. “This memorial is very important for teaching future generations about  the legacy of Martin Luther King Jr.,” said Duncantell“Children are our future and I would give my life to protect the future. I hope they pick up the mantel and carry it with the same determination as we did.”

Ben Hall is a personal injury lawyer and has been board certified in civil trial law and personal injury law since 2005. He is famous for serving as Chad Holley’s attorney in 2010 after the suspected teenage burglar was beaten by Houston police officers. Hall is a member of the Houston Bar Association, American Bar Association, National Bar Association and Houston Lawyer Association. Throughout his career, Hall has received many professional honors including the Martindale-Hubbell award, Texas Super Lawyer recognition, and he was named Houston’s Top Lawyers for the People by H Texas Magazine.

Before Hall founded his law firm, The Hall Law Firm, in 2000, he served as City of Houston attorney under Mayor Bob Lanier’s administration from 1992-1994. Hall earned his undergraduate degree from the University of South Carolinaand went on to earn a Ph.D from Duke University. He earned his law degree at Harvard University.  Ben and Saundra Hall have two sons, Benjamin IV and Zachary Hall.

Ben Hall is also good friends with Ovide Duncantell and said a few words of kindness about Mr. Duncantell. “Mr. Duncantell is the most unrecognized hero in Houston and he has been plagued with many hardships. It is not easy to stand alone to protect the legacy of Dr. King, but Mr. Duncantell has done a great job at handling this difficult task. He is a very humble man with a spirit that is youthful and overpowering and I’m thankful to meet someone like him.”

The Board of Directors and Harry E. Johnson, Sr., President and CEO of the Washington, DC Martin Luther King, Jr. National Memorial Project Foundation maintained the vision that the King Memorial would be more than simply a monument, but rather a living memorial and space where people from all walks of life can visit and be inspired to live a life based on the principles of Democracy, Justice, Love and Hope.

Not soon after the completion of the King Memorial, the leadership of the Washington, DC Martin Luther King, Jr. National Memorial Project Foundation began to think of the best way to ensure that their vision would continue.

In August 2012, one year after the King Memorial’s opening, the Friends of the Memorial Foundation was launched under the continued leadership of Harry E. Johnson, Sr.

The Memorial Foundation will achieve its mission by creating innovative educational programs, providing opportunities for meaningful exchanges of ideas, honoring individuals that implement Dr. King’s values, and encouraging traffic to and the upkeep of the Martin Luther King, Jr. Memorial.

Harry E. Johnson, Sr. is the President and CEO of the Friends of the Memorial Foundation, Inc. Prior to this role he led the Washington, D.C. Martin Luther King Memorial Foundation as President and CEO since 2002. The President of the United States and the U.S. Congress charged the MLK Foundation with erecting a memorial on the National Mall in Washington, D.C. to honor the life and legacy of Dr. Martin Luther King, Jr. Under Johnson’s leadership, the MLK Memorial Foundation has raised $120 million to complete the memorial; positioned three boards (Executive Leadership Cabinet, Governing Board and Honorary Board) for the foundation; and garnered support from all living U.S. Presidents, Congress, members of the corporate and nonprofit communities, and celebrities. The memorial dedication was held on October 16, 2011, with the President, Vice President, members of the cabinet, congressional members and others in attendance.

Johnson is a career lawyer, entrepreneur and public servant. From 2001 to 2004, he served as National President of Alpha Phi Alpha Fraternity, Incorporated, the fraternity to which Dr. King belonged. While serving in this role, Johnson oversaw over 700 chapters located throughout the United States and abroad; increased the number of chapters in good standing; and was credited with enhancing the national image of the organization with fraternity members, business leaders and political officials.

Johnson is a Partner at the Law Office of Glenn and Johnson. He served as City Attorney for Kendelton, Texas from 1996 to 1999, and taught at Texas Southern University in the Thurgood Marshall School of Law and School of Public Affairs. Johnson is also a small business owner who has dedicated his time to community groups and issues, such as voter registration, blood donations, HIV/AIDS, Boy Scouts of America and Big Brothers.

Johnson received his Doctor of Jurisprudence from Texas Southern University where he was a member of the Thurgood Marshall Student Bar Association. He completed Post Baccalaureate work in Public Administration at St. Louis University and received his Bachelor of Arts from Xavier University of Louisiana. Johnson has received a number of recognitions for his public service and was named in Ebony Magazine’s “100 Most Influential Black Americans” 2001 through 2004.

Johnson has been married to Karen Gorrell Johnson for 32 years. They are the proud parents of Jennifer, Harry, Jr. and Nicholas. 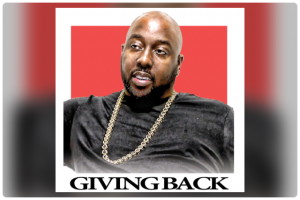 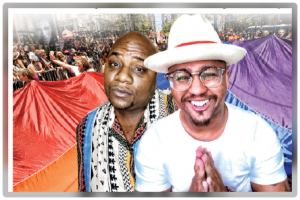 Honoring Over Four Decades of Service at Prairie View A&M University
Reginald Gordon of Operation Outreach OG1: Refuses to Give Up on Black Youth
Comment