Before we go full bore on President Joe Biden, let’s consider the impact of receiving soldiers remains in flag draped caskets and consoling the bereaved families. Going to D.C. for the majesty and splendor of the African American Museum or the Smithsonian is a lot different from viewing the graves at Arlington cemetery of thousands of fallen American boys and girls.  Old corrupt men sent many of these young men to fight and die in wars that were not in our national interest nor national honor.

Maybe, we all need to be lacerated by our consciences for the American people are responsible for the looming human rights catastrophe. The carnage facing thousands of Afghan interpreters and supporters was preventable. That is, proper and prior preparation prevents piss poor performance. How could the intelligence be so far wrong? A Taliban takeover of the country was calculated to be 6 months away.

If the facts hold, the intelligence led us into a blind alley and now the cost in lives will be unconscionable.

America has seen this before, Saigon Vietnam 1975.  Our allies panicked and stormed the last helicopter out. McGeorge Bundy and General Westmoreland had given the President bad intelligence after American B 52’s had helped to kill a million Vietnamese. Young men that could not spell Communism were put into a no-win situation in rice paddies of Vietnam. After paying keen attention to the shining black prince, Malcolm X, Muhammad Ali prepared the way for Kaepernick and others to redefine patriotism by refusing to be inducted into the US Army.

As defined by President Obama, American boys were fighting a “war of necessity” in Afghanistan following the NYC  9-11 World Trade Center attacks that were orchestrated by twisted Maestro Ben Laden.

In both cases there was American military superiority as measured by 300,000 soldiers to an estimated 75,000 Taliban in Afghanistan.  It is worthy to note that creditable intel reports that up to 100,000 Afghan soldiers had deserted and that government thieves looted the funding for resupply and other logistics. Total domination thru the Air Force with laser guided drones and bombs. Certainly, there was a special forces superiority. 1,000-pound bombs that terrorize from 10,000 feet could not defeat the will of the Taliban.

Did the intelligence factor in that the Afghans had fought the British for a century, then the French and 10 years repelling the Russians? Did the intelligence factor in that during the Cold War a Texas Congressman, Rep. Wright had raised tens of millions of dollars to equip the mujahedeen with sophisticated weaponry for the purposes of defeating the Russians. Unintended consequences would follow the actions of swinging Texas playboy Congressman Jim Wright.

We, the United States, has emerged as an empire, more than a powerful nation state. We sport 800 military bases in 70 countries, more than Britain, France and Russia combined. We devoted trillions of dollars and nearly 2500 lives over 20 years.

No, Joe Biden cannot shoulder the blame for this. President Trump tried to legitimize the Taliban and bring them to Camp David as dignitaries. 45 signaled to them that our will was waning, and we were leaving.  Biden’s cross is that his analysts and policy makers did not plan sufficiently plan to get the visas issued to our friends and use our capacity to swiftly get them out of harm’s way. It is SHAMEFUL.

We have been lied to about there being three branches of government. There is a fourth branch that Eisenhower warned us about. It is the military industrial complex. It is responsible for at least 50 covert invasions-assassinations or foreign leaders since the mid 50’s. It is an arrogant and smug group of elitists.

“By early 1965 it was apparent that there was a great deal of lying surrounding the United States’ involvement in Vietnam. My first reaction was to think, “yes but my country must know what it is doing”. As the lies continued, my next was: “It looks like my country does not know what it is doing, but not being privy to CIA and other government information, I could not possibly understand the complexities of the situation.” But the lies went on, and by the end of the year I concluded that I had to at least try to understand it. After only three weeks of reading about Vietnamese history, I could understand it. What America was doing in the war was incredibly stupid and downright evil. Most frightening of all was the realization that after three weeks of research in my spare time as a psychiatry resident I knew more about Vietnam than the men who are making our policy there. My government was waging war in a nation it hadn’t even taken the trouble to study! “

Let’s pray for the women and girls of Afghanistan. Let’s lock arms with Malala Yousafzai and demand that the governments of the world protect Afghan refugees and human and women’s rights advocates.

In Afghanistan, our American icons such as Meghan, Cardi, Lady Gaga and Beyonce would be killed for blasphemy. Religious fundamentalists have a problem with non-violent tolerance.

Tribal Afghanistan is a place where a father can pledge his baby daughter to an arranged marriage to satisfy a loan. Women can be prohibited from learning to read or write. This should be familiar to African Americans and people of color. Progress had been made to prevent women and girls from being terrorized and now much of it will go down the tube.

Did you see the RPG’s (rifle propelled grenades) and heavy machine guns that the Taliban portrayed while sitting at the ex-Presidents chair? I was mortified and frightened. Do the Taliban deserve a handclap for not killing their way to the capitol in Kabul?

I will not attempt to answer the question of why the Afghan army didn’t put up a fierce resistance. Evidently, their leadership counted the cost and perceived that there was no way to win with a losing hand. We do know that the likelihood of a prolonged civil war has been diminished although retribution – decapitation of heads is occurring as you read. I can tell you this. The Taliban will be vanquished only when there is no longer popular support for their hideous regime in Afghanistan and Pakistan.

Furthermore, we must foster the awareness that the earth is one planet, deserving of life, liberty and pursuit of happiness and all the people are its inhabitants and citizens. We can do this without embracing tyranny and oppression.

Let us remember that despite this miscalculation, America is still a miracle. 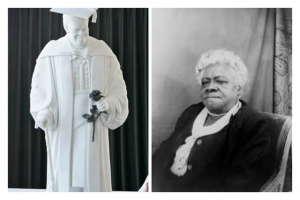