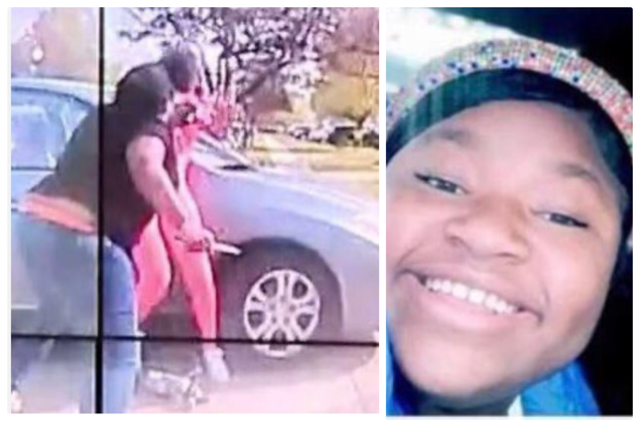 The deadly police shooting this week of a 16-year-old Black girl who was armed with a knife during a fight is revisiting the question of law enforcement policies and excessive use of force?
Spread the love

The deadly police shooting this week of a 16-year-old Black girl who was armed with a knife during a fight is revisiting the question of law enforcement policies and excessive use of force?

On Tuesday, a Columbus, Ohio police officer arrived to the scene of a fight where he saw what appeared to be a teen attempting to cut two females with a knife, according to body camera footage officials released to the media.

Columbus Interim Police Chief Michael Woods said police received a call at 4:32 p.m. from someone indicating “females were there trying to stab them and put their hands on them.”

The first officer to arrive to the scene approached the group in the driveway of a home, and witnessed one girl quickly moving toward another girl with what appeared to be a knife, while the unarmed girl fell to the ground.

You could hear the officer yelling on the video, “Hey, hey, hey, hey. Get down!” before the armed girl appears to lunge at a second girl with the knife.

People could be heard yelling, “She’s just a kid!” and “Are you stupid?”

One officer began to attend to the shooting victim, who has been identified as Ma’Khia Bryant by her mother. Ma’Khia was staying at a foster home and had just shared exciting news of the progress she was making in her life a few days prior.

“We hugged each other. She said ‘Mommy, I made honor roll.’ She said ‘Mommy, I’m looking forward to coming home,'” her mother, Paula Bryant, told reporters. “She was a very loving, peaceful little girl. Ma’Khia has a motherly nature about her. She promoted peace. And that’s something that I want to always be remembered.”

Ma’Khia is the one who initially called police for help.

“My daughter dispatched Columbus police for protection, not to be a homicide today,” her mother said.

Many are not disputing that Ma’Khia appeared to be more of the aggressor because she had the knife, but they are wondering if there could have been a safer way to de-escalate the situation.

“I can certainly see why the police officer chose to stop her. Now, whether or not less lethal force could have been used, whether or not a Taser could have been chosen instead of a gun — I don’t know,” Ira Graham, a neighbor, said. “But I do know that with Ma’Khia having that lethal weapon in her hand, she did need to be stopped.”

“We know based on this footage, the officer took action to protect another young girl in our community,” the mayor explained.

“How in the hell does this police officer think it’s a good idea to fire shots blindly into a group of teenagers having a fight? Yes one of them has a knife,” Griffin said. “Oh, that never happened in your school or neighborhood? She didn’t deserve to die. 16 years old.”

Ma’Khia died on the same day that former Minneapolis police officer Derek Chauvin was found guilty in the murder of George Floyd.

“As we breathed a collective sigh of relief today, a community in Columbus felt the sting of another police shooting,” Floyd family attorney Benjamin Crump tweeted.

The shooting of the teen girl comes at a time when police use of force around the nation is under new scrutiny.

Columbus City Council President Shannon Hardin spoke of Ma’Khia’s death during a committee meeting to vet nominees for a new civilian review board that will oversee the city’s police force.

A review is definitely needed as studies show that Black and Brown teens are killed by police at a higher rate than Whites.

According to the study, 140 adolescents died from police intervention from 2003 to 2018, and of those cases, 131 involved firearms. The vast majority of the victims — roughly 93% — were male, with an average age of 16 years.

Hundreds protested at the shooting site and outside Columbus police headquarters on the night deadly shooting. Chief Woods said the investigation still needs to be completed to determine if the actions of the officers were justified.

The situation with Ma’Khia is one that did not have to happen whatsoever. Violence is not, nor ever has been, the answer. It’s time that we come together, teach our youth a better way of dealing with problems, and educate police in the community on how to react differently when faced with certain situations.

Our thoughts and prayers go out to everyone involved as we all strive for better days. 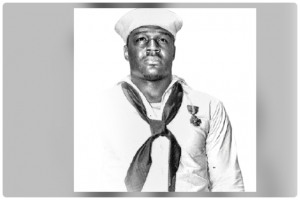