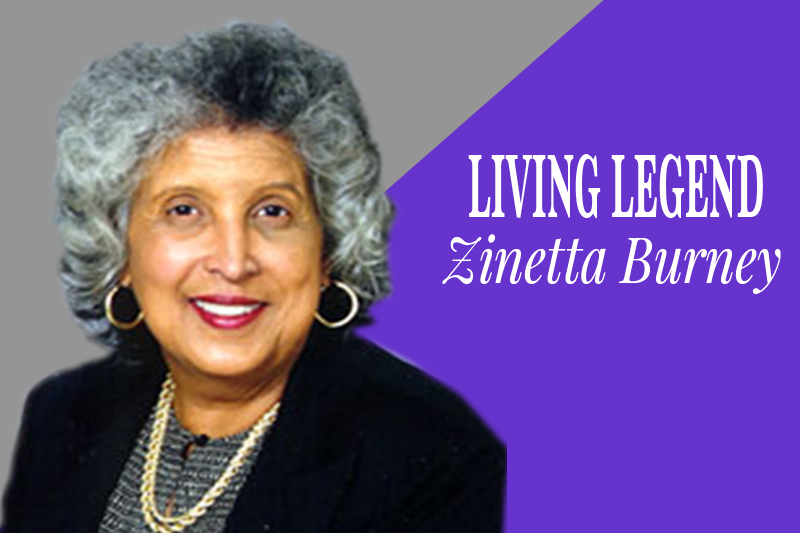 In 1941, in Houston, Texas, Zinetta was the second of four children born to John and Thelma Arceneaux. At the age of 17, she gave birth to her only child, Sharon Maria Burney. A few years later, she became a Licensed Vocational Nurse (LVN) and completed her high school education by earning her G.E.D.

In 1968, Zinetta graduated from Texas Southern University with a Bachelor of Science degree in Mathematics. She is an alumnus of TSU’s Thurgood Marshall School of Law.

Attorney Zinetta A. Burney was the Senior Partner in the law firm of Burney & Foreman, and before being elected presiding Justice of the Peace of Harris County Court Precinct 7, she served as Special Judge for various Harris County Criminal Courts.

Her past service includes the University of Houston System Board of Regents, having been appointed by Governor Ann Richards, Board of Commissioners for the Housing Authority of the City of Houston, Mayor Lee P. Brown’s Transition Coordinating Committee, and Boards of the United Way of Texas Gulf Coast, Jesse Jackson Academy, Donald R. Watkins Aids Foundation, Main Street Market Square Redevelopment Authority. She is currently a member of the Board of Directors of Third Ward Redevelopment Council, South Main Center Association, Main Street Coalition, Old Spanish Trail/Almeda Corridors Redevelopment Authority. She is also a Senior Fellow of the Gulf Coast Chapter of the American Leadership Forum.

Keep leading the path. We salute you!