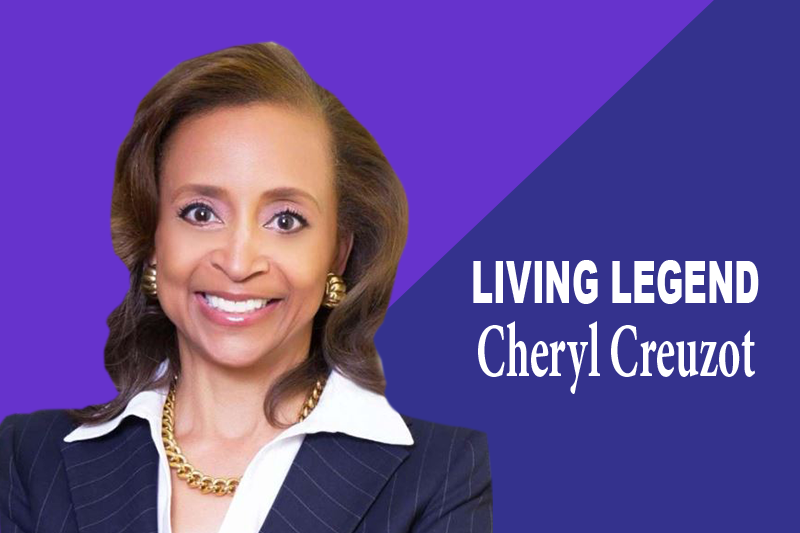 HOUSTON – On March 4, Mayor Sylvester Turner and the Houston City Council voted to approve the nomination of Cheryl Creuzot to serve as a member of the Port Commission of the Port of Houston Authority. Creuzot, a highly-respected business and civic leader, will be the first African-American female port commissioner in the nearly 116-year history once she is sworn in.

“I am confident Cheryl Creuzot will be outstanding as Port Commissioner and that she will be a uniter for the community,” said Turner. “She brings a breadth of experience to her new role and I’m pleased to be a part of this historic moment.”

“I look forward to working diligently. I am not only proud, but understand the immense responsibility of this appointment and I will work very hard with the seated commissioners to enable the port to accomplish its strategic goals,” Creuzot said. “Going into a new position, I will first continue listening and learning, and then rolling up my sleeves to get to work along with the other commissioners and staff to make our port a global leader.”

Creuzot, a 36-year industry veteran, is currently President Emeritus of Wealth Development Strategies, LLC, since stepping down as President and Chief Executive Officer, a position she held since 2000.

She serves as Vice Chair of the University of Houston Foundation. Creuzot serves on the Board of Visitors of the MD Anderson Cancer Center, as well as the Vice Chair of the Board of The Frenchy’s Companies, a 50-year-old family owned restaurant and food processing organization. Creuzot is a member of the National Association of Corporate Directors, The Texas State Bar Association and The Financial Planning Association.

In addition to extensive civic service, Creuzot has received several political appointments. Most notably, in 1993, she was appointed by the Governor to a six-year term on the Texas Public Finance Authority Board, a politic and corporate body created to provide financing for state agency facilities. She served as Vice Chairman of the Authority from 1995 to 1997.

A native of Washington, D.C., Creuzot has called Houston home since entering the University of Houston as an undergraduate freshman. She is married to Percy Creuzot and they have three children.