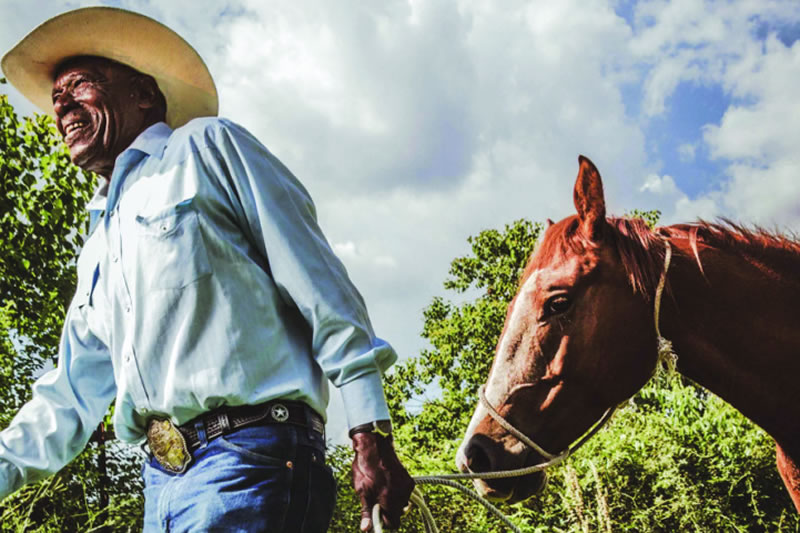 Admired cowboy and pioneer in bull riding, Myrtis Dightman was born on May 7, 1935, in Crockett, Texas. Dightman grew up on a ranch with his siblings. As he grew older, he left school to work on the ranch. His first introduction to the Prairie View Trailride was in 1957 and in 1958-1960, he worked as a bullfighter. It was not until 1960 that Dightman began bull riding for the first time with the help of James Francis, Jr. Francis and Dightman founded the Prairie View Trailride Association in 1957 with an emphasis on the well-being and development of agriculture.

In 1966, Dightman became the first black cowboy to qualify for the Professional Rodeo Association National Finals. He went on to qualify six more times, missing just once between 1966 and 1972. Dightman finished third in the Professional Rodeo Cowboys Association World Standings in 1967 and 1968. He also won the Calgary Stampede in 1971 before appearing in the movie J.W. Coop with Cliff Robertson as himself. The following year, Dightman won the bull riding competition at the Cheyenne Frontier Days Rodeo and competed in his last Pro Rodeo Association National Finals, placing seventh overall. He also had a small role as himself in Junior Bonner starring Steve McQueen. In 1987, Dightman began working at the American Hat Company which manufactured and sold “Myrtis Dightman signature” hat designs.