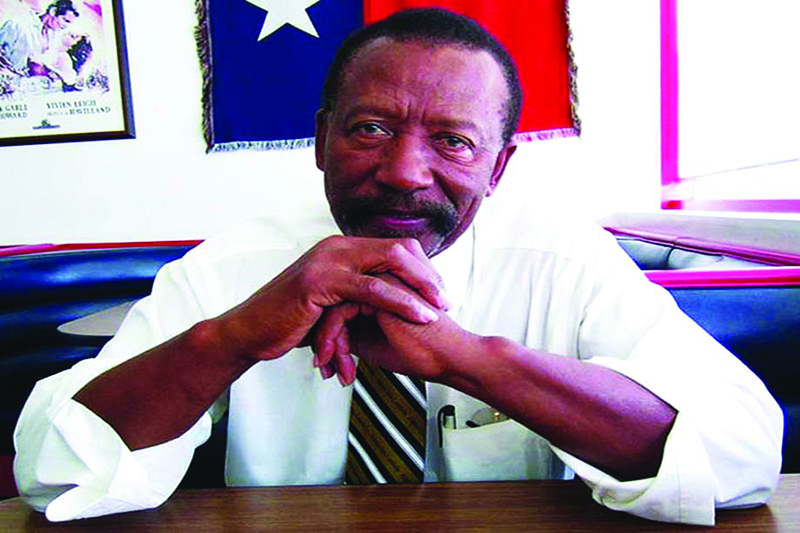 At the age of forty-one, Edwards entered politics and was elected to the Texas State Legislature from Houston’s House District 146. His first major goal was to ensure the establishment of a holiday that recognized the emancipation of slavery. In 1979, legislation recognizing Juneteenth Day, initiated by Edwards, passed the Texas State Legislature and was signed into law. Juneteenth, also known as Freedom Day or Emancipation Day, is an annual holiday in fourteen states of the United States. Celebrated on June 19th, it commemorates the announcement of the abolition of slavery in Texas. While serving in the legislature, Edwards also founded his own real estate company.

Though deeply involved with local issues, Edwards remained active in many issues outside the Texas State Legislature. In 1983, Edwards was appointed as a member of the board of Operation PUSH. Edwards also served as the Texas State Director of Reverend Jesse Jackson’s two presidential campaigns in 1984 and 1988. In 1986, Edwards also founded Operation Justus, a community faith-based organization that serves as a referral service for persons with social problems and concerns. Edwards was also arrested in Houston and went to jail for peacefully demonstrating against apartheid in South Africa in 1987. Edwards left the Texas legislature in 2007 after twenty-eight years of serving the people of District 146. As a veteran member of the Texas Legislature, Edwards served on three influential committees. He was the Chairman of the Rules and Resolutions Committee, Chairman of Budget and Oversight of the Ways and Means Committee and a member of the Appropriations Committee.