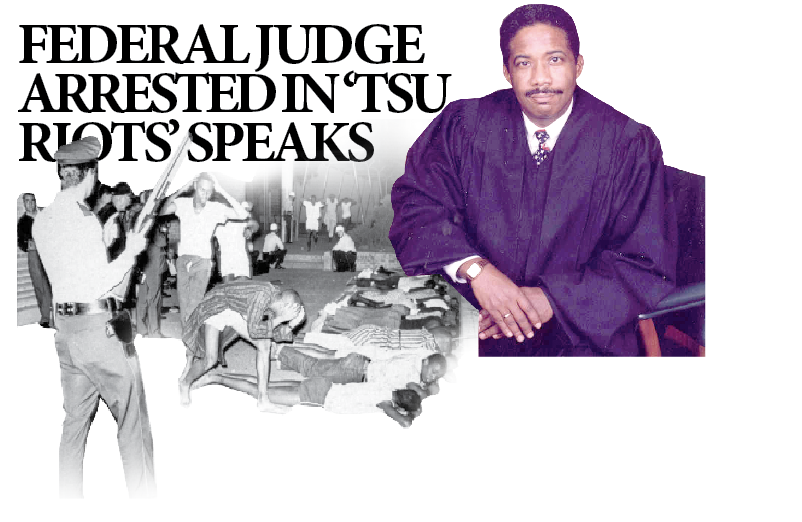 HOUSTON – May 17, 1967 was a day Federal Judge Kenneth Hoyt will never forget. What started as a protest, ended with the death of a Houston police officer and hundreds of Texas Southern University students in jail.

As a freshman at TSU, the pre-law student found himself lying face-down next to his dorm mates in the grass, being bitten by insects, but thankful it was not more.

“I fell into an ant bed and that was just misery for me, but I couldn’t move because they had the dogs there. An ant bite is nothing like a dog bite and that was a small sacrifice. They also had officers on top of the building ready to shoot us where we lay,” Hoyt described.

He never imagined what happened just a few hours earlier would lead to a night of extreme violence.

“Through the center of Texas Southern University’s campus, Wheeler Street connected the University of Houston with the majority of its students. As students of TSU, we would live on one side of the street, but had to cross it to get to our classrooms every morning, but there were vehicles always whizzing through it,” Hoyt explained. “UH probably had 15 to 20 thousand students at the time. We wanted that street closed for safety reasons and that ignited a fire in the students, and we started demanding things from the city of Houston. At that time, Mickey Leland was a pharmacy student at TSU, and he and other students petitioned the mayor to close that street. Mayor Louie Welch came out and spoke to us and assured us that the street was not going to close.”

Disappointed, the students went on to their second phase, which was to physically prevent cars from coming through the campus.

“We were out at night damaging cars and blocking Wheeler Street and that was true. That was our way of demonstrating that the street needed to be closed,” Hoyt said.

But after that protest, which caused no physical harm, the students retired to their dorms for the evening, or so they thought.

“We obviously attracted the attention of the police department who came onto the campus. They had riot gear and came about midnight. Most of us were back in bed, and they came shooting high-powered rifles. Bullets were bouncing off the buildings, ricocheting, so the police felt they were under attack and fired even more rounds, ” Hoyt explained. “A rookie police officer (Louis Kuba) was struck by a ricocheting bullet and died. That really set things afire.”

Nearly 500 people were arrested that night. Hoyt says police tore up their rooms, destroyed their valuables, and even poured Clorox on their belongings. The young men were hauled off to jail in their shorts, underwear and pajamas. 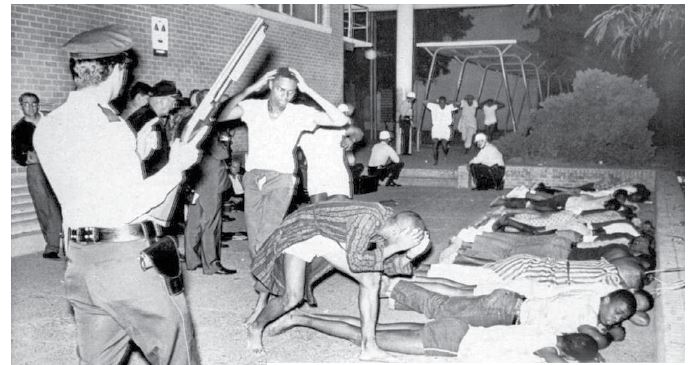 “By the early morning, they had arrested one of the pastors, Reverend William “Bill” Lawson (Wheeler Avenue Baptist Church), who was part of the march. Of course, when the mayor found out who he was, they were ready and quick to release him, but he said, ‘you are not going to release me unless you release these other boys.'” Hoyt recalled.

According to various reports, police fired between 3,000 and 5,000 rounds of ammunition at the dormitory. Newspapers justified actions of the police, claiming students were armed with guns and Molotov cocktails. The district attorney charged five students with the murder of the officer, but after three years, a judge finally dismissed the charges against the “TSU Five.”

Many involved in the protest have gone on to become powerful community and business leaders.

“Even as terrible as it was, it didn’t stop us. I have been a federal judge for 32 years,” Hoyt said.

“When there is a peaceful protest, the wrath of opposition provokes and attempts to create an environment where it can be said that those who are protesting are rioting. We never were rioting,” Hoyt said. “Change does come from the youth. Our leaders then were in their 20s and 30s at that time, that is the age of the people out there now.”

But in contrast to what he observed in the 60’s, Hoyt says protesting is more diverse.

“We see more white people marching than we have ever seen in our lives. They cannot live in a segregated society like their grandparents did. We have environments that require Whites and Blacks to work together productively and they are not going to be able to go back to those jobs and work with a Black person and not be able to explain ‘I was with you, brother, on the line,'” Hoyt said.

Q: Is change ever gonna come?

A: It will take more than a lifetime for it to happen. Every day change is coming, but the incremental changes are so small we can’t see them. I don’t want the change to occur and I am not paying attention to it and I don’t want to be so busy looking for something big that I don’t see the smaller things that are happening.

A: The same as I would give to my sons and grandsons. Walk carefully, be respectful, put to shame the kind of stereotypical things that are said about us by our conduct and the way we go about educating ourselves and moving forward. The transformation has to occur by what people see in us, not because we force them to and not because we make them frightened. No man changes because he’s afraid of something. He just conforms his conduct until you leave the room, so the transformation has to come because we live the life we want them to live in our presence.

Q: When is enough going to be enough?

A: This is not a vacation or a picnic, this is war. We are in battle for the minds and hearts of people. Many people will refuse to change and they will destroy you if they can so we have to understand that people like George Floyd, Ahmaud Abery and others have paid the price and should be honored by how we deal with it. We should build monuments for these people so that our children and grandchildren can see the impact of their lives.

A: Don’t lose hope. There’s no solution that we can just apply. This is not a math problem, this is a heart problem and healing has to take place. Sometimes you can take the bandage off and sometimes you have to clean it out and catharize it, and it’s painful, and then we can cover it again and say ‘let’s go back and see if we can get this thing well and we keep doing well.’ We can’t change others; we can only change ourselves.