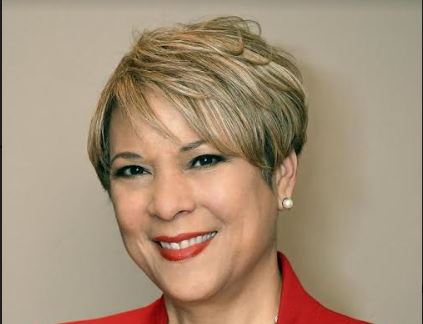 Unity National Bank of Houston, N.A. announced Dec.3 that Laurie Vignaud has been appointed Chief Executive Officer and President of the historic bank. Effective January 1, 2020, she will assume day-to-day leadership of the company and will also join Unity’s Board of Directors.
Spread the love

HOUSTON– Unity National Bank of Houston, N.A. announced Dec.3 that Laurie Vignaud has been appointed Chief Executive Officer and President of the historic bank. Effective January 1, 2020, she will assume day-to-day leadership of the company and will also join Unity’s Board of Directors.

“I am delighted to welcome Laurie as our new CEO and President. Laurie is a proven leader who has excelled at strategic leadership positions and is well-positioned to lead Unity’s continued transformation,” Unity’s Board Chair Dr. Kase L. Lawal said. “With more than 30 years in leadership roles in banking and community development institutions, including as President of Capital One Bank’s Community Development Corporation, Laurie has demonstrated a strong track record in initiating and leading change, driving results and innovating amid a rapidly-evolving banking landscape. Laurie’s financial and business acumen, integrity, passion for community banking and commitment to strong talent management are important qualities considered by our Board of Directors.”

Lawal went on to thank the departing CEO and president.

“On behalf of the Board of Directors, I wish to thank Mr. Jeff Smith for his professional service and leadership of Unity over the past two and a half years. He has been instrumental in our turnaround plan and the positive progress we’ve made.”

Vignaud, a New Orleans native, expressed gratitude of taking the helm at the only African American owned banking institution in Texas.

“I am honored by the opportunity to assume leadership of this great, historic and culturally-significant institution. My background and vision align with Unity’s mission to financially empower underserved communities by creating opportunities to succeed,” she said. “I have deep respect for all the work that has taken place to grow Unity, and I look forward to working closely with the board, members of the management team and staff. I am committed to fully engaging with all of our stakeholders including regulators, customers, elected officials, investors and the community.”

Vignaud previously served as the President of Capital One Bank’s Community Development Corporation and Senior Vice President of Community Development Banking for their South- Central Region. In these roles, she was responsible for the development, monitoring, management and promotion of community development programs and Community Reinvestment Act initiatives for Capital One in Louisiana and Texas. She has been instrumental in bringing millions of dollars in grant financing to Capital One that were used to support affordable housing programs. In addition, she has created and led some of Capital One’s most creative affordable housing and small business initiatives in the region in recent years.

Vignaud received a bachelor’s degree in sociology and social welfare from University of New Orleans, and a graduate degree in banking from Southern Methodist University. She is active in the community and serves on the board of the NAACP Texas State Corporate Advisory Board, Texas Southern University Business School Advisory Board, the Houston Area Urban League Board of Directors, Earl Carl Institute Board of Directors and the Ensemble Theatre. She is also a member of the Missouri City Chapter of the LINKs.

Houston’s Project Row Houses to receive $100K from prize awarded to Solange Knowles
What does the end of Kamala Harris’ presidential run mean for the Black woman’s dream?
Comment