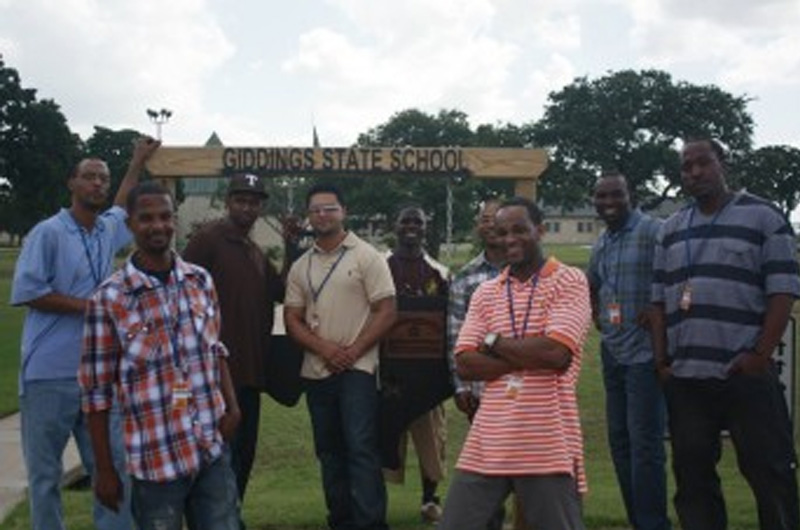 Helping Young People Excel (H.Y.P.E) is an organization whose nucleus consists of minority men and women who are dedicated to enlightening adolescents and youth about the consequences that mischief can cause at an early age.
Spread the love

HOUSTON – Oftentimes people have a tendency to negate the actions that they have demonstrated and the characters that they have portrayed at an attempt to scapegoat accountability. However, a group of middle-aged adults who have seen life on the inside behind prison walls, have taken a different approach to life and viewing the circumstances that some people try to make excuses for and justify.

Helping Young People Excel (H.Y.P.E) is an organization whose nucleus consists of minority men and women who are dedicated to enlightening adolescents and youth about the consequences that mischief can cause at an early age. It is the members of H.Y.P.E desire to assist with detouring juveniles from facing the same pitfalls that all of them experienced in their youth. Charleston White is the driving force behind Helping Young People Excel (H.Y.P.E.) insomuch that he is the founder and organizer.
Charleston White is a native of Fort Worth. At the age of 14, he and three of his associates were running out of a mall, because they had stolen some athletic jackets. During the ordeal, a man trying to stop them was shot and killed by one of the young men that were with White. As a result, White was charged with murder and sentenced to 12 years. During his imprisonment, he recalls that because he was small in statue he had to use “his mind to fight his battles.” This feat lead to him becoming the leader of his gang while incarcerated.

In 1991, White was released after serving seven years of his sentence. Yet once he was released he still turned back to the only lifestyle that he had become accustomed to. He stated,

Nevertheless as the years continued to fade away, White would go on to become a father. In doing so, it caused him to take inventory over his life and he begin to make better choices. He enrolled into college and is currently on the way to earning his Bachelor’s degree in Criminal Justice from Texas Wesleyan University. Today he has become a motivational speaker for juveniles throughout the regions of Texas by means of a non-profit organization, H.Y.P.E..
The goal of the organization is according to White is, “to reach out to those children and teenagers who are prone to becoming criminals, and explain what the consequences can be when you live life as a hardcore criminal.” He exclaimed, “I do this to prevent other young people from traveling down the same path.”

Finally he said, “My goal is to go all around the country and reach out to troubled youth. I would like to mentor and coach these kids how to re-socialize and teach them proper independent life skills.”

Members of Helping Young People Excel
Derrick Burton was raised in a single-parent home with a mother that smoked Crack cocaine and an absentee father. He recalls getting in trouble at an early age whereas he graduated from acting out at school to committing crimes as a juvenile. By the time he reached age 14, he had already been arrested 14 times. In August of 1981 he was arrested for capital and attempted capital murder, at which point he was transferred to Giddings State School. He stated that, “During my early days at Giddings I sought to identify myself through negative behavior. However, it didn’t take me long to realize that I had to truly work the program if I was to receive a favorable recommendation.”
Ultimately he did and earned his GED, welding certificate, completed chemical dependency treatment program, victim awareness group and participated in the on-campus work program. As a result of the change that took place in Burton’s life, he received a favorable recommendation and was set to be released on parole in 1994. However, unbeknownst to him, the judge decided to overturn the State of Texas’ decision. Therefore, he was transferred to the Texas Department of Criminal Justice (TDCJ) on July 7, 1994. This transfer was quite different from that to which Burton had experienced at Giddings. He revealed that, “It was a life changing reality going from a place where the staff (formerly known as house parents) cared for us to a place where now I had to survive.” This transformation only served to him going through various phases such as: medium and close custody, solitary confinement and high security. As time went on and after the loss of his grandmother and mother while he was confined Burton finally came to himself and developed the mind-set that he really wanted more out of his life. Accordingly in 2011, he signed up for different college classes, corresponding courses, school and Chaplin programs. In that same year he was up for parole once again. Either he would be released  on parole for 20 months or his entire 22-year sentence would be discharged. The State of Texas once again granted him parole on December 28, 2011 after being incarcerated for 20-years and four months.
Since Burton’s release he has been a strong advocate of H.Y.P.E.. He stated that, “Part of my redemption comes from traveling sharing my story with at-risk and troubled youth in hopes that they don’t end up like I did at an early age. It is not only my redemption yet also my passion that derives from a special vision to help youth make better decisions and not have to go to prison.” Finally he said that H.Y.P.E. is his calling. Additionally, he has launched a production company and remains a productive member to society.

Anthony Dewberry is one of the original pioneers H.Y.P.E., he currently serves as president. It is his goal to express to other youth his own life story so that they can see if they are on the road to living a life of destruction that they will fall into the same cycle. Dewberry stated that he believes, “It is important that adolescents and youth grasp education or maintain some type of trade at an early age.” It is his hopes that by sharing his story they won’t become another statistic. He said that ultimately H.Y.P.E. is about being a movement and trying to give back, as he feels that this is a responsibility that he must hold true to. Dewberry feels that he along with other members of H.Y.P.E have something to offer the youth by sharing their story. Dewberry was sentenced at the age of 15 and did a 18-year sentence. Although he knows that he can not do everything over again he like Public Enemy (a hip-hop group), rapped about in the late 1980’s, admonishes the youth today to, “Don’t believe the hype.!” Dewberry shared that he is a living example that the lifestyle most youth think is cool is not. As far as advice to the youth of minority community he informed that, “It is important that we as a people leave some type of positive mark upon humanity and at the end of the I day I challenge people to ask themselves the question – What have you done to make a change in society?”Finally he stated, “With rap music, television shows giving off a persona that is not safe for the youth to enact, if there was ever a time that individuals like us need to be heard it is now.”

Jose Rodriguez was born in Houston, but raised in the Fort Worth area. He made history in the State of Texas as he was the first juvenile in its history to ever be sentenced to 30 years in Tarrant County. He spent 22 and a half years incarcerated. Therefore, he was 36-years-old when he was released. As an active member of H.Y.P.E., he speaks with the youth to let them know that they have better options. He says that, “it is vital that young people ask questions to things that they do not know – and listen to adults.” They do not have travel the road of which he has traveled. Since his release, Rodriguez has secured employment with General Motors and leads a very productive life in Fort Worth.

Karwin Archie was charged with capital murder at the age of 14 and was not released from the Texas Department of Correction until the age of 34. During an interview he stated, “I was terrible my whole life. Even though it took me til the time that I got in my 30’s to see that, the lifestyle I had become used to living was not a way to live, I am glad that I came to myself – because it’s the heart that matters most.” He believes that it is important for youth today to see a living proof of the cycle that many of them have placed themselves in, because many of them are doing the things that they are doing because they are simply acting out. Another obstacle he assumes is that many of the youth think that adults can not relate to them. This is why he knows that H.Y.P.E. is definitely an integral part of “Helping Young People to Excel”.

Damion Wiltz, another members of H.Y.P.E. was convicted at the age of 14 and was not released until 20 years later. Since Damion’s release he has literally hit the ground running. To that effect, while he remains very active and involved with H.Y.P.E he has established another organization, “I Found Me”. This agency was implemented because Wiltz knows from first-hand experience how easy it is to get lost in the system. However, he said that, “once I found me, I began to see everything clearly – but it wasn’t until I first found myself.”  Not only does he religiously teach this, but he admonishes the youth that their environments do not determine their worth. He teaches that just because you are from the, “hood” or “ghetto” you don’t have to become a product of your environment. Wiltz stated in regards to the organizations of which he is apart of that, “we are those people convicted of murder, former gang bangers amongst other criminal violations.” Furthermore he stresses emphasis on the youth that he encounters and mentors that they should not fall victim to their environments.

Other members of the organization are: Henry Hughes who is now 34. He was convicted of crimes that he committed at the age of 13. He was sentenced 20 years for murder (where he was not the shooter), three robberies and aggravated assault. Donnell Rhone who is also 34. He was 14-years-old when he was involved in a Grand Prairie robbery in 1993. During this unfortunate event, his buddy was shot and killed a man. He was sentenced to 35 years but was released after five years in Texas Juvenile Justice Department (TYC). Miguel Moll who is age 40. He served his full 19-year sentence for robbery and aggravated robbery. When asked about his experience in confinement he merely sums it up by stating that, “I spent 19 years, two months and six days of my life over some chump change.” Nonetheless, he did not let his past hinder him from succeeding. As such he has graduated with honors from Tarrant County College and is enrolled at Texas Wesleyan University.

Tentatively H.Y.P.E. has a goal to open up several offices in Fort Worth where children and teenagers with academic needs can be tutored, mentored and assisted with school supplies. For more information about H.Y.P.E. or to inquire about speaking engagements contact, (817) 477-7815