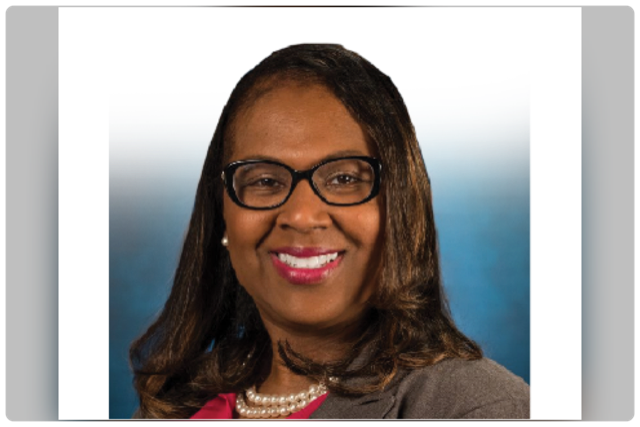 The Houston Independent School District announced this week that Dr. Grenita Lathan is leaving the district.  Lathan confirmed her departure during a press conference. saying she has accepted a new position with the Springfield Public Schools in Springfield Missouri.  Her new role begins July 1.
Spread the love

The Houston Independent School District announced this week that Dr. Grenita Lathan is leaving the district.  Lathan confirmed her departure during a press conference. saying she has accepted a new position with the Springfield Public Schools in Springfield Missouri.  Her new role begins July 1.

Lathan has been with the district for six years total, but in her three short years as interim superintendent, she has led HISD through many challenges and natural disasters, including Hurricane Harvey, the coronavirus pandemic and of course the recent winter storm.

Lathan said her work is not over yet, and she will continue to work as hard in her final weeks at HISD as she has done in the past. She loves the district and wants to see an orderly transition of power.

Now while Lathan took the classy, high road, we saw her departure coming a long time ago.

Back in November, African American News&Issues said the board was clearly racist officially making Lathan the superintendent, and dragging her along as interim for too many years.

Then, the Board announced they were passing on Lathan, and decided to search nationwide for who they felt was more suitable for the position.

Although board members praised Lathan for her work as the interim superintendent, they voted 6-3 against her filling the top spot. They did leave the door open for Lathan to apply with the other candidates, but many said that didn’t quite make sense. The writing was on the wall that Lathan would not get the job.

Four Latino members were on the board, and they clearly wanted someone who resembled the larger race among student populations.

No matter what she did positively for the district, it appeared to be a constant coup d’état [conspiracy to overthrow] by the board.

The NAACP Houston released a scathing letter against HISD for its decision.

“The NAACP Houston Branch is more than disappointed by the news of Dr. Grenita Lathan’s departure as HISD Interim Superintendent. We are deeply outraged.

“Last year, the NAACP Houston Branch urged HISD’s Board of Trustees to offer a permanent contract to Dr. Lathan. Given Dr. Lathan’s professional and educational qualifications, along with her outstanding accomplishments, it was obviously the honorable thing to do. The evidence of the transformed schools from failing to succeeding, the award-winning programs that are impacting students district-wide, and the greatly improved professional development of administrators and teachers, all speak to what the Houston Independent School District is losing.

“The entire city of Houston watched and benefitted from Dr. Lathan’s leadership. During severely difficult times, including Hurricane Harvey and through the continuing Coronavirus pandemic, she demonstrated exemplary administrative intelligence. Not only has she kept the ship steady, but she’s engineered school operations to best serve children and families, by implementing virtual learning, modified classes and tutoring. in addition, she has led efforts to ensure kids and families continue receiving food and other necessities during the pandemic.

“Clearly, HISD has not dealt fairly with Dr. Grenita Lathan. For three years she has continued to serve the district without a permanent contract. She out-performed stated expectations. She led the district out of crisis and put it on a path to high levels of academic achievement. Why did she endure the embarrassment for so long? She was totally dedicated to our children.

“Unfortunately, Dr. Lathan’s career at HISD was upended by board members who have misguided political agendas that are rife with the toxicity of racism. Their unjust actions are immeasurably destructive and endangering to children and staff, and they should be held accountable.

“Therefore, the NAACP Houston Branch concludes that HISD has made a grave mistake. This board has announced to parents and children that they are the least considered when it comes to decisions for our district. Fortunately, the children in the Springfield (Missouri) Public School District will benefit from the leadership of this stellar professional and outstanding human being. She deserves what Houston was not willing to give her. Respect.”