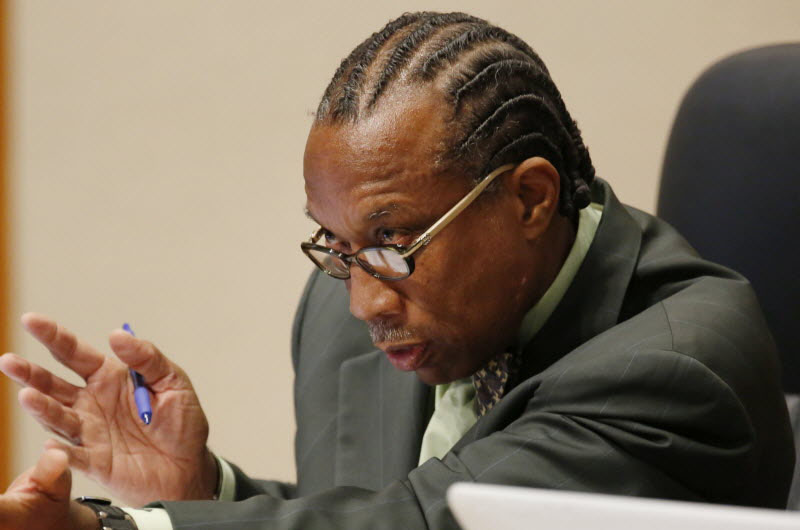 I know Dallas County Commissioner John Wiley Price, well sorta. As a student at North Texas State University in the early 1980’s I remember him coming to speak to the Black Student Union. I’d never seen, or heard, anyone speak with such conviction, eloquence and humor ‘and’ provide an education in Black history.
Spread the love

PRAIRIE VIEW – I know Dallas County Commissioner John Wiley Price, well sorta. As a student at North Texas State University in the early 1980’s I remember him coming to speak to the Black Student Union. I’d never seen, or heard, anyone speak with such conviction, eloquence and humor ‘and’ provide an education in Black history. His deep voice rolled like a drum, barely breaking for air. I remember his leaving the facility in a red Lamborghini. At the time I didn’t know that their were cultural and racial restrictions, or should I write expectations on what anyone could drive or not drive. Much like what was expected of Black preachers. Cadillacs, cadillacs and cadillacs!
Years later, I attended the same church as did the commissioner, well sorta. It was a small methodist church at the time, and if you were running late, you were not likely to be attending it. At least not on that Sunday.
I often ran late. But on those Sundays that I was lucky enough to be ushered into the few overflow seats which were conveniently situated next to the choir stand, I would catch a glimpse of Price as he sat on the front row. I remember thinking, he’s a normal guy. Like most in the audience, he’d stand with hands waving forward; a total affirmation of the preached word of his well dressed and smooth strutting Pastor, Zan Wesley Holmes. He never graced the podium or pulpit; at least not when I was there.
A few years later, the commissioner was speaking at a conference on Black males in Austin Texas, that I was affiliated with. Can you imagine hearing State Representative Sylvester Turner, Minister Robert Muhammad and Commissioner John Wiley Price all speak at the same time, well sorta? They spoke one after another, and Price was the headline.
Shortly after he spoke, the conference conveners, all young men, raised several hundred dollars, maybe even a thousand. The basket of cash and checks were handed to the commissioner as a show of appreciation. He was grateful for the offering, but even more proud of the work of the young men present. Without hesitation, I remember Price returning the entire offering saying, “young brothers keep doing what you do, and reinvest this money in the community.”
That’s the John Wiley Price that African-Americans in Dallas and around the state of Texas know. We should hope those same African-Americans will someday be represented on a jury of Price’s peers.
Now to the point of this article, I thought it necessary to share with readers, five reasons why I think John Wiley Price is not guilty of criminal charges for which he is facing.
For sure, Price doesn’t need me, or anyone else, to validate his service to the Dallas community, nor does he need anyone to discredit it.
Our judicial system is big on determining guilt by association, so I am quite sure that it is not lost on the reader that the same Justice Department that brings allegations of misconduct against the defendant, is itself embroiled in a few misconduct issues of its own. Not to mention the department’s initial and still cautious, or its total reluctance to intervene in cases of police or security guard killings in Ferguson, New York, Cleveland, Sanford, Houston, Los Angeles….you get the point.
So here goes:
The Top Five Reasons John Wiley Price is not guilty
The Number Five Reason that I do not believe that John Wiley Price is guilty rest in the fact that the Justice Department alleges Price profited almost a million dollars over several years. Given the dismal record that Dallas County, and every other county in Texas has in procuring contracts with minority businesses, it stands to reason that Price could not have merely been associating with only a few Black business people.
No, at some point, some White contractors would have had to made at least five times what it is alleged Price made. Make that ten times, “aint nobody got time for that.” Not a single White contractor was indicted as part of this probe, at least not yet, and likely never will. It is likely that some may have been lured into roles as cooperating witnesses. That’s called “gettin paid on both ends.”
Dr. Martin Luther King, Jr. was fond of saying, “justice is not merely the application of the law against offenders, but it is rather the “equal application” of that law to all offenders.” If Price did wrong, and I don’t believe he did, he had some Anglo contractor help, that’s for sure.

The Number Four Reason that I do not believe that John Wiley Price is guilty is because nothing appeared on the campaign finance reports submitted by Laura Miller detailing the amount she was paid to pen an article about Mr. Price. In 1991, former Dallas mayor Laura Miller wrote a scathing article about John Wiley Price. The article was biased, undocumented and patronizing at best, and utterly slanderous at its worst. She used all the right buzz words that would endear herself to a racially polarized electorate.
She talked of the rich White guy who would have taken this young Black rebel and made something out of him, if only he’d listen and do as he was told. She wrote of the White woman, who out of fear, or shame, refused to say a word to her family about bringing a Black man with whom she was romantically involved, into her home. She even wrote of Price’s eager expectation of ‘just’ becoming a janitor when he moved to Dallas as a young man.
Why might you ask is this a reason that Price is not guilty? Okay, it may be the weakest reason of them all, but so was the article written by Miller. This article, full of unnamed sources and alleged criminal acts, surely placed Price on the radar of local, state and federal officials. That was 23 years ago…and nothing.
But hey, just as Bill Clinton took on Jesse Jackson and Sister Souljah and went on to become 42nd President of these United States, Miller used the article’s salacious gossip and stereotypical depictions of Black men as a springboard for her becoming the city’s mayor.

The Number Three Reason that I do not believe that John Wiley Price is guilty. After reading the 107 page federal indictment of Price, one only wonders if prosecutors submitted to the grand jurors any exculpatory evidence. Perhaps a better question is: does federal law require such provision? Virtually every district attorney in the state of Texas will say state statutes require they turn over such evidence. I wonder how many would think it”s a good idea at the federal level?
Historically the federal courts have been the “savior” for the prosecution of defendants who have violated the civil rights of others, and whom the states had refused to hold accountable.
The case of the late Alaska Senator, Ted Stevens comes to mind as I consider the damage which can be had by a prosecutor who hides mitigating evidence.
President Obama’s Justice Department overturned the senator’s felonious conviction because of the travesty of that injustice, but not before the senator lost his bid for re-election.
Who has ever heard the question, “what have you got to hide?” Since most prosecutors think it a good idea to provide exculpatory evidence to a grand jury, this leads me to further conclude that Mr. Price is innocent.

The Number Two Reason that I do not believe that John Wiley Price is guilty can found in the history of the county itself. Dallas County, founded in 1846, is governed by four commissioners and the administrative judge. Never in the years since its establishment has an a commissioner made a motion to approve something, then (himself) seconded the motion, and saw the motion pass with a vote of one (1) yea and zero (0) nay.

And The Number One Reason that I do not believe that John Wiley Price is guilty, is that long before Laura Miller announced her candidacy for mayor of Dallas with her published piece on Commissioner Price, John Wiley Price was being watched. And not just by his admiring constituents but by both, groupies and law enforcement alike.
It is said in the indictment of Price, that for ten years he broke the law and made up to a million dollars ill gotten gains. He was being watched for ten years. Ten years!

Now if I ask, or expect, my neighbor to provide surveillance on my house while I’m away, I would hope that he would report any thefts or break-ins that occur on his watch. Can you imagine being told that for ten years my neighbor watched my house being broken into and knew of the items being subsequently sold or pawned away.
If the indictment is true, and again, I don’t believe for one minute that to be the case, it would mean that  for ten years Dallas taxpayers paid millions and millions of dollars to government contractors who were not providing the lowest, responsive, and legal bid. Which also means that for ten years, hundreds of “legitimate” contractors were denied opportunities to engage in profitable procurements, to create jobs, to build their companies, and to better support their families and communities in and around Dallas County. Surely the U. S. Justice Department and no prosecutor at its helm would have, year after year, allowed for that. I’m just saying. 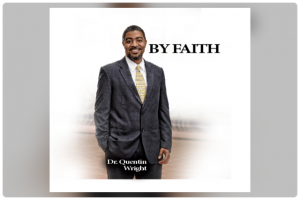 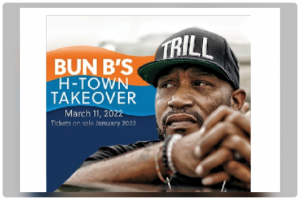 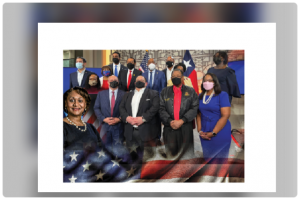