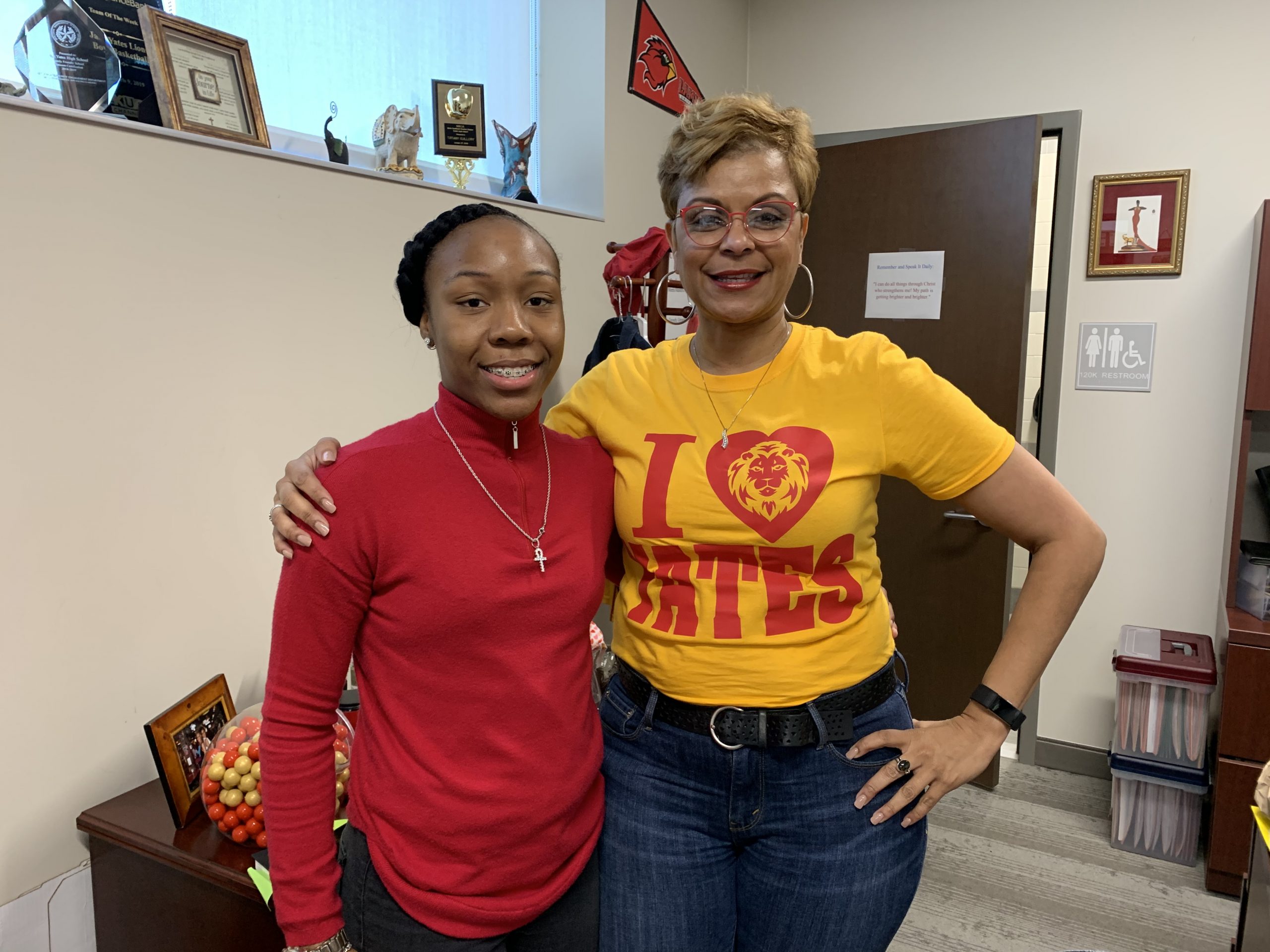 HOUSTON—They say what defines every person is their reaction to any given situation. Life provides us with an abundance of circumstances—good and bad— that we, sometimes, have to react to, deal with and endure while carrying our own burdens in suitcases and duffle bags.

Though the statement, “A person can only endure so much,” is so true, it’s only a mere understatement for Jack Yates High School basketball player and senior, Malon Garner. 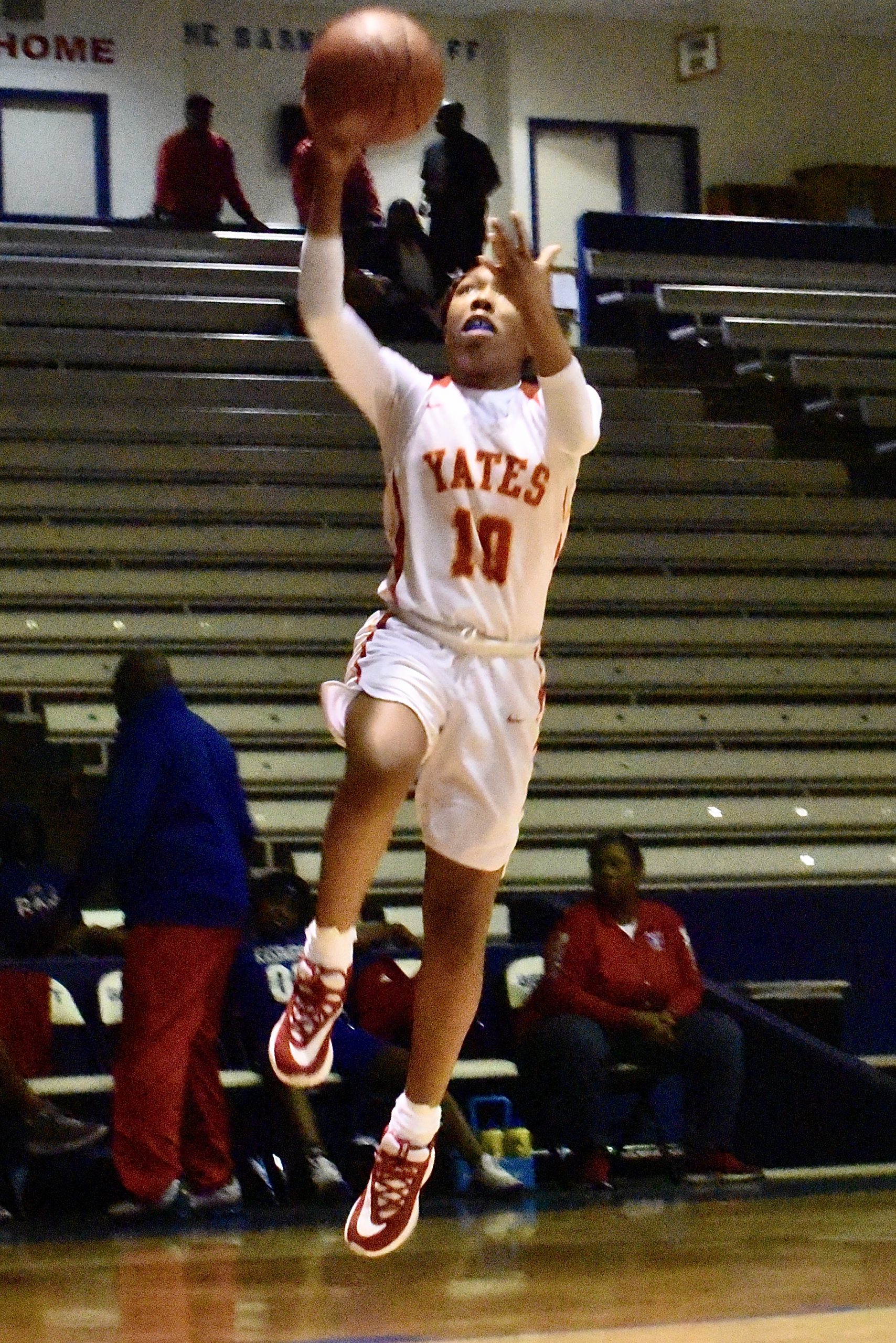 Malon, 17, is this year’s valedictorian, with a 4.2 GPA despite facing many family setbacks in her life. The teen suffered the passing of her father, Michael Garner, on Oct. 6, 2018, and her grandfather, Henry Garner, in February 2020. Her mother, Paulette, is incarcerated.

The hardships she’s endured gave Malon a different look on life, forcing her to make decisions not many children are used to.

“It made me grow up faster than expected,” said Malon. “When dealing with situations without my parents to help me decide, I had to look at the bigger picture in different circumstances and had to make the right decision for myself and what’s best for me.”

Malon’s now learned who to trust and what situations to react to, or ignore.

“I had to learn that everything doesn’t need a reaction. I have a lot more to lose if I’m arguing with someone else, so I’m doing nothing but hurting myself because I could lose everything I worked hard for and that’s what they want,” the teen said. “It’s hard to find people who you can trust and open up to after losing your love ones because they don’t know what I’m feeling. Sometimes it feels pointless.”

Malon has received overwhelming support from her head coach, Patrick Augborn, and the alumni at Yates High School.
“Ever since my father passed, my coach stepped up and helped me on and off the court. He makes sure he stays on top of me, pushes me to my full potential and talks to me after my games to tell me what I did right or wrong, like my father did,” Malon said. “The alumni support is very strong here.  Some will call to check on me to see if I’m taken care of or need anything; this is one of the best schools any kid would want to come to.”

Malon also found support from someone she calls her mom, Tiffany Guillory, the principal of Yates High School.
Guillory and Malon grew a bond through a love/hate relationship.

“When I was the dean of instruction, I would have to deal with Malon for discipline reasons and, at the time, she was very angry,” Guillory said. “When I did discipline her, she would avoid or ignore me. Even in the hallway, I would make her speak to me when she wouldn’t want to. She asked me one day, ‘Why do you want to be my friend?’ I told her, ‘I don’t want to be your friend, I just want to make you smile.’ After that, she began to talk to me more.”

As Guillory and Malon began to get closer, the principal became inspired by her story. 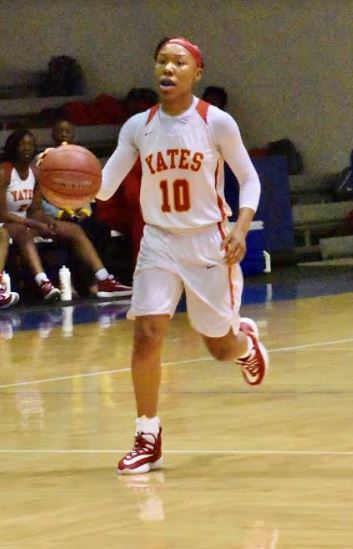 Malon found a shoulder she could cry on and an ear to listen to when she needed to vent.

“When she told me about her mom, my response was, ‘I’m here for you, whatever it is, just let me know you need me,’” Guillory said.

“Ms. Guillory played a major role in my success at Yates. She’s helped in guiding me through my situations, made sure that I had everything I needed in and out of school, and someone I can talk to anytime of the day,” Malon said. “She feeds me with motivation and spiritual scriptures so that I won’t give up and continue on my journey.”

Malon has held a basketball in her hand since she was a little girl, and still hasn’t put the ball down.

The young phenom is the starting point guard for the Lady Lions and has led her team to a 24-6 record. The Lady Lions advanced to the fourth round of the playoffs this season before losing to Fairfield High School 86-60.

Even though she has always loved basketball, Malon also has a plan to be an Engineer.

Malon found a love for engineering through her favorite subject, mathematics.

“Math and Science is the connection. I feel I can do anything regarding math. My teacher, who’s a civil engineer, showed us a few things about what he does in his career field and how he does his job and I knew then that I wanted to be an engineer,” she explained.

A major focus for Malon is being there for her mother.

“My main goal is to give my mom everything she deserves. In 10 years, I’ll have everything I need to take care of her.”

When asked what her message, as valedictorian, would be to her class, she said, “Don’t let your outside world determine your future, stay focused and dedicated. In life, we all go through different things—some greater than others— but never give up.”

Guillory wants Malon to use her hardships as steppingstones to reach the next level.

“I want her to reach for her dreams, go to college, be successful and be an inspiration to those in her community who have the same story, or one similar, like hers,” Guillory said. “Also, to not leave her story behind, but make sure she knows that you can come out of Third Ward and be whoever you want to be.”

Keep striving for excellence young queen! Your setbacks did not knock you down, you are STILL standing tall. Greatness is coming your way!