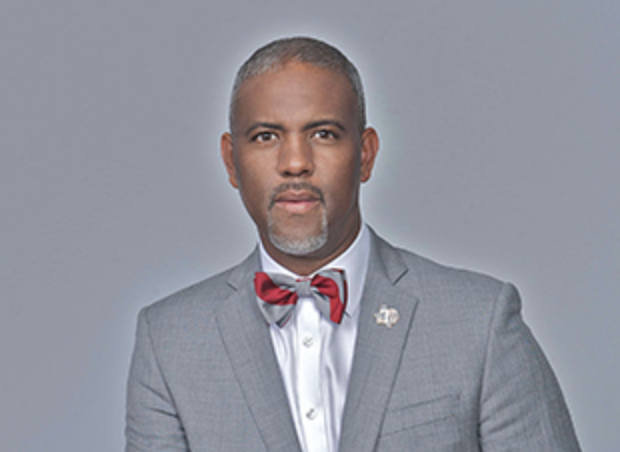 HOUSTON – A decision has been made. Despite overwhelming support from the community and alumni, the Texas Southern University Board of Regents has fired President Austin Lane. Lane is now speaking out, vowing to clear his name.

The ousted president held a press conference at the Ensemble Theatre Thursday, calling the board’s actions a “calculated witch hunt.”

“When you haven’t done anything wrong it is easy to be able to talk, it is easy being able to converse,” Lane said to a packed audience.

Lane was placed on administrative leave with pay on Jan. 10, but after a special session held Tuesday, which carried on for more than five hours, a 6-1 vote determined his fate. He would no longer serve at the helm at one of the nation’s largest Historically Black Colleges and Universities (HBCU).  Chief Financial Officer Kenneth Huewitt was named interim president.

News of the controversy between Lane, his assistant Wendell Williams (also terminated) and the BOR had the community in shock, especially since there was not much information released to the public. While the BOR remained vague for Lane’s paid leave decision, African-American News&Issues obtained documents that gave more of an indication on what the allegations were. We published those findings on Jan. 19.

Those documents outlined a series of allegations which include Lane failing to inform the board about alleged fraud involving the law school, concealing unauthorized expenses, improper awarding of scholarships, and other offenses that could potentially harm the reputation of the university.

Lane said he carefully combed through eight pages of documents and countered every point they outlined.

“We are tired of them talking behind the scenes in closed session. Bring out whatever you have,” he challenged. “I am going to try to lead you in the direction of where you can find out where this game is being played.”

Lane said he committed no offenses and had no knowledge of any whistleblower.

“That information was never revealed to me so there was no way we could have knowingly violated any discipline and termination polices despite their claims that my staff and I interfered with their investigation. There is no proof to substantiate their claim against me,” Lane stressed.

The BOR released a statement which read, in part:

“An investigation conducted by the University’s internal auditor, third-party investigators and board counsel concluded that Dr. Lane failed to appropriately act on or inform the Board about allegations of fraud committed by the former law school official, including evidence of a student payment for admission to the school. These and other actions had the effect of concealing such fraud. The investigation also found attempts to conceal excessive entertainment expenses through a process inconsistent with Dr. Lane’s contract that would have prevented Board scrutiny of such expenses. It also found that Dr. Lane and his assistant attempted to direct another former law school official to misrepresent a report to a national law school accreditation review board. The Board took additional steps to confirm its findings utilizing three separate law firms to assist with the process.”

Lane disputed the allegations of excessive entertainment expenses, which were paid through the TSU Foundation.

“The foundation has not accused me of that and they are a 501C3 entity separate from the University and have its own board. In fact, the foundation board chair is in full disagreement with the Board of Regent’s claim against me and complied with all their request during the investigation. All administrators at TSU, including myself, know that you can’t be reimbursed for entertainment expenses with state dollars,” Lane explained.

He expressed regret that the negative publicity is harming the university.