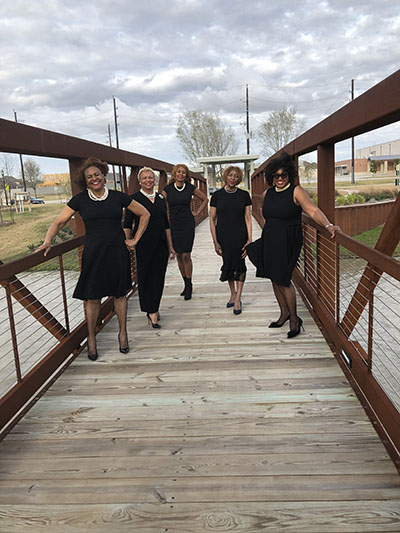 Currently Dr. Ianthia Fisher is running for the position of Mayor of Crockett, Texas, making her the first African-American female to seek this position. Everyone that I’ve spoken with, about Dr. Fisher’s campaign, have spoken very positively about her and told me they would be voting for her. These people whom I’ve spoken with were citizens of Crockett all of different races and backgrounds, who said they believe in Dr. Fisher’s vision for the future success of everyone in this city.

The Late Sis. Earlie Groves, her mother, was her mentor who inspired and directed her to become the lady that she is today. Her sisters, Dr. Helen King of Huntsville, Tx, Dr. Brenda Atchison of Dallas, Tx, Victoria Essien and Dr. Ruth Groves Watson-Houston both of Houston, Texas and her brother Billy “Hollywood” Groves are all proud of her. She has always been a strong positive lady who loved God, her family, friends and people that she encountered throughout her life. We had a nickname inside the family for Dr. Fisher, when she was growing up it was “Antman”. We called her Antman because when she was little, she was always “doing the right thing”, like a child super hero and a true role model.

Dr. Fisher has been coordinating and successfully administering the “Houston County Juneteenth Celebration for over three decades, which key focus is surrounded around the involvement of young people. As part of the Juneteenth Celebration, following the parade everyone assembles at the Groves Educational Foundation located on MLK Blvd. and concludes the day with activities and fellowship. The Groves Educational Foundation the host for this event is a non-profit organization founded by the Groves Family.

I can tell you, without a doubt, that Dr. Fisher through her hard work and dedicated commitment to this city and county, she has truly impacted Crockett and East Texas in a positive way and will continue to help others in the future.

Special thanks go out to Crockett Economic and Industrial Corporation (CEIDC) James Gentry and the CEIDC Board of Directors and their President, Dr. Ianthia Fisher. They have been doing a masterful job of bringing companies and jobs to Crockett and East Texas. OnShore Technology Services is the latest business to come to Crockett, Texas.

I can proudly say that all over East Texas I am seeing changes that I have never seen before in the political and the business environment, with the majority of the changes for the better!
A big thank you to Lufkin, Texas residents Mike “Heavy Luv” Jones, Cam Benton, Maria Soprano, Ross Byrd and the Ken Houston Family!

Community activist and media voice James Smith of Palestine, Texas has been helping African Americans throughout East Texas for years. Thanks for sharing the “real” story with all of East Texas.