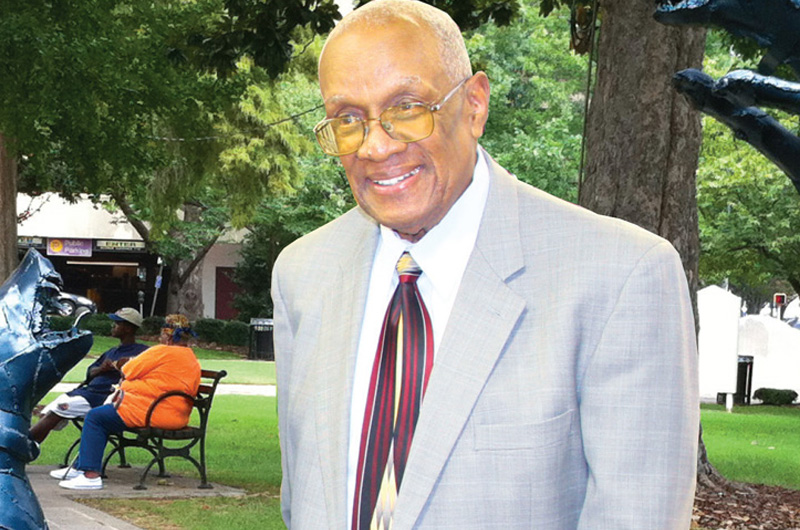 Looking at the nightmare facing Black America and the bleak future without intervention for the community, the call has come from the old guard of the Civil Rights Movement for a new Black Think Tank in Houston to help escape the spiraling whirlpool that threatens to consume the community.
Spread the love

HOUSTON-Looking at the nightmare facing Black America and the bleak future without intervention for the community, the call has come from the old guard of the Civil Rights Movement for a new Black Think Tank in Houston to help escape the spiraling whirlpool that threatens to consume the community.

Think Tank: an organization that consists of a group of people who think of new ideas on a particular subject or who give advice about what should be done.

“The community must become its own “THINK TANK,” said veteran Civil Rights Activist Dr. Virgil A. Wood. “We must do the serious work of designing the strategies and plan for the total community success it desires, and then just stay together and get it done.”

According to Wood, an active Houston “Think Tank” could be a major key to the great awakening needed to reunite and save Black Community.

Wood bears the stripes and scars of the movement and even though in his 80’s, he continues to offer  his wisdom and be a forceful influence on shaping, developing and preparing the community for its future.

He will be the keynote speaker at the upcoming Acres Home Chamber for Business and Economic Development Inc. Networking Luncheon on Thursday, July 3 at 11a.m at the Beulah Ann Shepard Building, 6112 Wheatley Street in Houston.

Wood is a church leader, educator, and civil rights activist, has committed much of his life’s work to the struggle for economic and spiritual development among the nation’s disadvantaged.

Educated at Virginia Union University and Andover Newton Theological School, he holds a doctorate from the Harvard University Graduate School of Education.

Ordained as a Baptist minister in his late teens, Wood has served churches in Rhode Island, Massachusetts, and Virginia. During his pastorate in Lynchburg, Virginia, he became actively involved in the civil rights movement, and served with Martin Luther King, Jr., as member of the National Executive Board of the Southern Christian Leadership Conference, and coordinated the state of Virginia for the historic march to Washington, on April 28, 1963.

Wood has combined his dual career in church leadership and education with a lifelong commitment to community development, as economic and spiritual transformation. Dr. Wood is currently the pastor of the Pond Street Baptist Church, which he has served since 1983 (and also from 1955 to 1958). He previously served in higher education as administrator and teacher.

As Administrator for Opportunities Industrialization Centers (OIC) of America, a job training organization serving disadvantaged and under skilled Americans of all races, he assisted in founding and establishing 13 OIC centers in 8 southern states and in Boston, Massachusetts.

Dr. Wood served as a panelist at 3 White House Conferences under the Johnson, Nixon, and Carter Administrations.

His publications include “In Love We Trust: Lessons I Learned From Martin Luther King” (2005), “The Jubilee Bible” (originator and contributing editor, 1999 & 2012), and “Introduction to Black Church Economic Studies”(1974).

His words command respect and attention and Wood’s idea of  forming a Houston Think Tank comes at the heels of a host of problems plaguing Houston that include the attacks on voting rights, affirmative action, the closing of schools in the Black neighborhoods, the high divorce rates and single parent homes in the Black community and the host of justice issues that include crime rates, police brutality, high Black adult incarceration rates and juvenile detention rates and the killing of young Blacks by police.

“Whenever a community mobilizes all its forces and resources to SAVE EVERY CHILD and their family, it will be well on the way to understanding how to achieve TOTAL COMMUNITY SUCCESS for itself in any other areas they then decide to take on,” he said.

That premise has been tested and has proven viable looking at a successful Black Think Tank in San Francisco, California.

The Black Think Tank was founded there on January 21, 1979, by individuals who had been at the center of the late 1960s birth and battle for Black studies.

Co-founded by Drs. Nathan and Julia Hare in 1979 to promote a movement for better Black male/female relationships, but quickly took on other matters including issues of the miseducation of the Black child, spearheading a rites of passage movement for Black boys, overhauling the public schools, and educating every Black man, woman and child properly.

The Black Think Tank pioneered a Black Male/Female Relationships movement, including “Black love” (Kupenda groups, Kupenda being Swahili for ‘to love’) designed to help our people learn to love again, to feel loved, to love ourselves and, therefore, one another, inasmuch as we already know how to hate one another.

It then issued “The Call” and was the catalyst for the contemporary Rites of Passage movement for African-American boys in the popular manual, “Bringing the Black Boys to Manhood: The Passage”, which promulgated lectures and workshops nationally and internationally.

His wisdom has come at a price and must never be taken for granted and it is his desire to share and transfer this wisdom to the next generation in a way to ensure its survival and its success.

He is joyfully married to the former Lillian Walker, with whom he shared the joys of parenting their now-grown children; they are also proud grandparents. Dr. and Mrs. Wood live in Houston, Texas.

Wood is committed to transferring excellence over the next several generations and has partnered with others having the same vision and dream for the future of Black America. Some of those include SoulScope and Free The Dream.

SoulScope has partnered with LifeWorx Associates, specialists in measuring and teaching the Enneagram types, to bring this track record of spiritual guidance and group development to improve team and community development.

Wood defines success going back to the early days of the movement and called on the Black community to return to the fundamentals.

No team can be a winning team without practicing the fundamentals, working as a team and committing those basic principle to heart and putting them to work for all the people.

“This includes getting all its anchor institutions on the same page, and work through whatever it takes for them to achieve together, that TOTAL COMMUNITY SUCCESS,” he said.  “This is the lesson Rosa Parks and Martin Luther King left us as their living legacy.”

Wood hopes to re-instill the vision of the dream in the hearts of business and community leaders at the luncheon.

“The big question is what now happens to their (Rosa Parks, Martin Luther King Jr’s ) dream?” he said. “How and why we, their survivors, can and must FREE THE DREAM. That will be the focus of my talk.”

For information about attending the luncheon, please call the AHCBED at 713-692-7161.