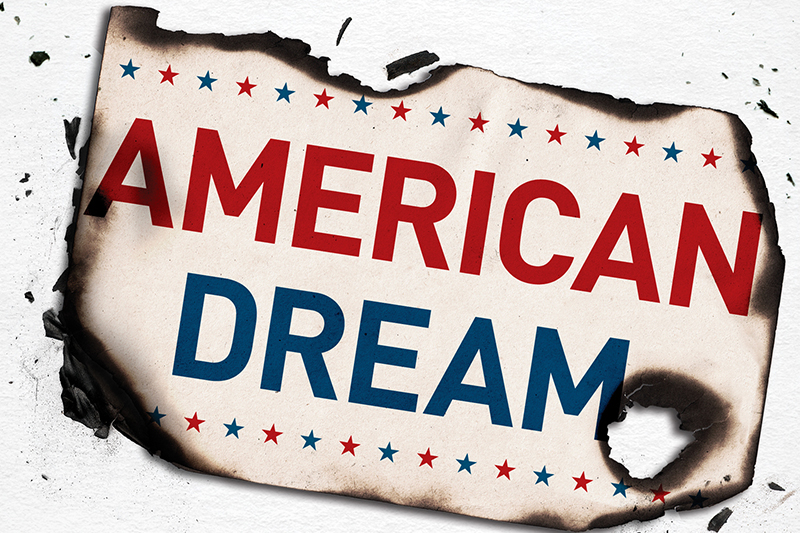 A people that don’t support each other will perish.” Roy Douglas Malonson

We MUST Understand “OUR MONEY” and “OUR VOTE” are two of the most powerful tools WE have. Therefore, WE should be careful WHO WE give them to. For too long OUR people have been so busy chasing the American dream; that WE have failed to realize WE have helped to ensure that every other culture and race achieves it except OUR own. But, the saddest reality about this phenomenon is, while we have helped others realize the American Dream, some of US have created and create an American Nightmare for OUR very own people.

David Henry Hwang once offered a personal definition of the American Dream. He said, “I define the American Dream as the ability to imagine a way that you want your life to turn out and have a reasonable hope that you can achieve that.”

For decades, business owners who Do NOT look like US, have built their markets off of the strength of the Black Buying Power. However, when it is time for them to give back, they dispense their funds into communities and amongst those who look like them. In a recent report, Nielsen estimated the, “Black buying power will rise to $1.54 trillion driven by gains in population, income and education in 2019.” Nielsen further states, “Working-parent lifestyles have led Black people to over-index against the total U.S. population for dollars per buyer spent in a majority of categories.”

So, the facts show WE have the power to use Our Money to help US achieve the American Dream, but WE are so busy giving it away that we can’t help each other. It’s almost like having the gun in your hand and shooting yourself in the foot, all at the same time – self-annihilation.

In closing, I would just like to encourage and empower members from OUR communities to understand, that together, WE have the power and resources to ensure OUR entire culture achieves the American Dream. But WE MUST WORK TOGETHER AND SUPPORT ONE ANOTHER FIRST – just like other races and cultures do. And if you want to know how, just follow the words of Walt Disney. “The way to get started is to quit talking and begin doing.”

Where Is America’s God Conscience?