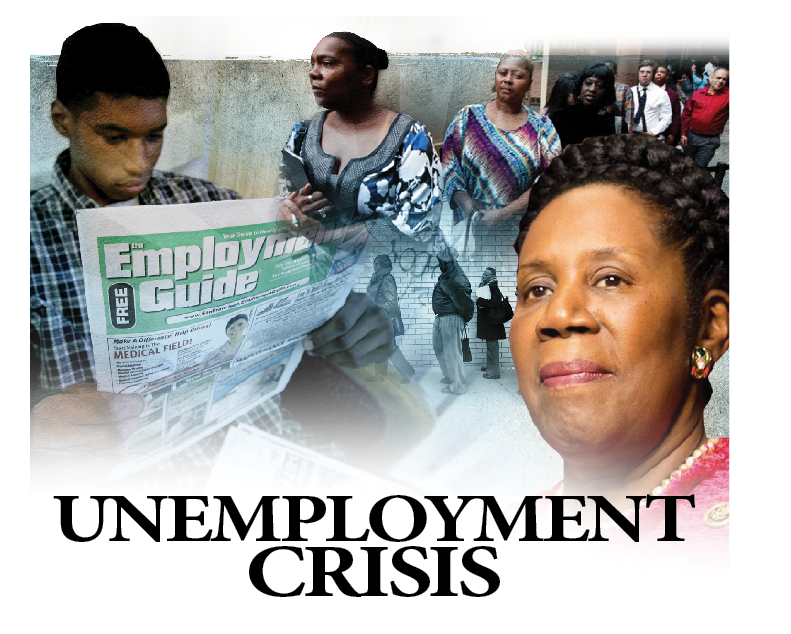 HOUSTON – The word they use is “negotiating,” but it is more fitting to flat out call it what it is —fighting — as Democrats and Republicans are trying to reach a decision on what to do about unemployment benefits during this pandemic.

Millions of Americans have lost their jobs after COVID-19/ coronavirus swept the globe, and people who have never had to rely on a “handout” their entire lives are now left depending on food stamps, waiting for hours in long drive-thru food bank lines and are applying weekly for unemployment benefits, which, as of July 31, have decreased significantly after the extra $600 a week supplement ended.

Many families who were previously not receiving SNAP benefits did qualify for a one-time Pandemic EBT disbursement and tax payers also received stimulus checks, but some complain that those funds were eaten up on higher than normal grocery bills and household utility bills, which have almost doubled now that more family members are home all day.

Republicans have argued that the extra $600 in unemployment benefits are causing people NOT to want to return to work, but that’s an unfair generalization of many hardworking individuals who’ve been affected by the pandemic.

“I find that to be ridiculous, insulting and absurd. We do not have to look far to take note that enslaved Africans were held in slavery for 246 years. So hard work is not an issue. They do hard essential work as well as work that requires extensive knowledge of their job – but they work!” US Congresswoman Sheila Jackson Lee emphatically stated. “If anyone looks, there are a lot of jobs that have been lost and many people have lost their jobs. We must create new jobs for people to truly get back to work. I have not heard of anyone accepting this money as a substitute for working. They accept it because they must survive, provide for themselves and their family and fight this dangerous pandemic – COVID-19.”

The revered Texas representative, who has been working quadruple-time trying to help flatten the virus curve in her district, says African Americans will be greatly impacted.

“I believe the denial of these benefits would be devastating to the African American community because so many African Americans work in essential worker positions, some have been laid off, some work for small businesses, some are small business owners and of course the wealth in the African American community is far more challenging than other communities. Further, a close examination of wealth in the U.S. finds evidence of staggering racial disparities,” Jackson Lee said. “At $171,000, the net worth of a typical white family is nearly ten times greater than that of a Black family ($17,150) in 2016. Gaps in wealth between Black and white households reveal the effects of accumulated inequality and discrimination, as well as differences in power and opportunity that can be traced back to this nation’s inception.”

Jackson Lee believes the cash disbursement should be expanded to $2000, but should not go lower than $1200. At the very least, the $600 must remain.

“I am absolutely not conceding to any other amount below the $600.00. There is absolute desperation and an imperative need to provide people the extra $600 for their basic quality of life in the United States, i.e.… food, mortgage, rent, healthcare and other necessities. This is not play money, but money that people need,’ she said.

“As everyone knows, I have introduced the historic bill, H.R. 40, the Commission to Study and Develop Reparation Proposals for African Americans and has advocated for major economic changes to respond to the loss of wealth by African Americans. As everyone knows, efforts by African Americans to build wealth can be traced back throughout American history,” the congresswoman said. “But these efforts have been impeded in a host of ways, beginning with 246 years of chattel slavery and followed by Congressional mismanagement of the Freedman’s Savings Bank (which left 61,144 depositors with losses of nearly $3 million in 1874), the violent massacre decimating Tulsa’s Greenwood District in 1921 (a population of 10,000 that thrived as the epicenter of African American business and culture, commonly referred to as “Black Wall Street”), and discriminatory policies throughout the 20th century including the Jim Crow Era’s “Black Codes” strictly limiting opportunity in many southern states, the GI bill, the New Deal’s Fair Labor Standards Act’s exemption of domestic agricultural and service occupations, and redlining. Wealth was taken from these communities before it had the opportunity to grow. Finally, again, one of the singular solutions and significant Civil Rights legislation to respond to the wealth gap would be H.R. 40, the Commission to Study and Develop Reparation Proposals for African Americans.”

Data shows that in Texas, more than 3 million people have filed for unemployment relief since mid-March, and in June, Texas collected $2.7 billion in sales tax revenues, a 6.5% decline from the same period in 2019. Those revenues came from purchases made in May, when Texas began allowing businesses to reopen amid the coronavirus pandemic.

We hope the economy gets back on track because there are already not enough shelters to house our current homeless population, so what is the government going to do when hardworking families find themselves out on the street? — AANI