There is yet another breath-taking cruel irony to the plight of the homeless. That’s that the homeless pay for their homelessness. They pay in two ways. One is through taxes. The other is through who gets the tax dollars and how those dollars virtually guarantee that the ranks of the homeless will swell even bigger.

First, there’s the tax question. The great myth is that the poor don’t pay taxes. Or at least pay tax dollars that amount to anything. The myth is pedaled as an article of fiscal faith by conservatives, and legions of complaining rich folk. It serves a couple of cynical purposes. One is that corporations, the rich, and even the middle-class, are burdened down with high taxes to pay for services that the poor as tax slackers don’t pay. The other is to gouge the federal government for even bigger and more tax breaks for the rich. Trump has spun thus line masterfully with his and the GOP’s multi-trillion-dollar tax heist for the rich. There’s talk of another tax heist for them in the pipeline.

A cursory look at the tax numbers blow the conservative’s tax mythmaking apart. A 2017 study by the Institute on Taxation and Economic Policy found that the poorest of the poor, that’s those with annual income under $19,000 plop in more that 10 percent of the federal tax dollars. Toss in millions more to that total in California and states with a state income tax. Put bluntly, the poor pay a greater percent of whatever income they make then the wealthiest 1 percent.

That’s just for starters. If they earn a dollar from work at any point during a given year, they pay payroll taxes. If they put their foot on a car accelerator at any time, they pay gas taxes. If they buy a taxable consumer item, they pay sales tax. These are all taxes that go into the public tax coffers that supposedly are there to provide public services and goods and some accommodation for shelter at least in theory.

This points to the other part of the cruel irony for the homeless. That’s who gets those tax dollars and public revenue and how they are used to dump even more people on the streets. The tip off about that came in a recent meeting of the uber-wealthy, at the exclusive Harvard Club in New York. Wealthy investors lined up to get in on yet another tax giveaway to the rich. This time the tax giveaway was the fancy sounding, but wildly misleading and grossly misnamed “opportunity zone.” The zones were expanded with passage of the 2017 tax bill. If an investor will invest dollars in an economically distressed neighborhood, the feds will kick in generous tax breaks for those dollars. The rich can hawk their stocks or other investments and dodge capital gains taxes for years by pumping dollars into a zone. They double down on this by not paying any federal tax if they plop their monies into projects in federally certified opportunity zones. Context: Estimates are that capital gains deductions overall cost the treasury nearly 50 billion dollars the past decade.

The idea behind these investments is to increase housing, create jobs, and businesses in poor neighborhoods. If one calls building luxury condos and townhouses with spas for pets, and yoga, complete with trendy coffee houses, housing that the lowest of low income can afford or businesses that will create thousands of jobs for those same low-income persons then the program is doing its job. The federal dollars that the rich grab from the federal government to build their show piece developments are the very dollars that the homeless in one form or another pay out. Put another even more brutal way, the poor are subsidizing with their tax and public revenue dollars those developments which were never designed for them and consign them to the streets.

That’s not all. The spruced-up streets and passageways that surround those developments are alien and forbidden territory for the homeless. If they stray onto them, they are quickly and unceremoniously shooed away. Now remember these streets and passageways are also public space. They are paid for with those same tax dollars the poor and homeless pump into the federal coffer and are pumped back out in the dole of tax breaks to rich investors and mega project developers.

The federal tax loot of the homeless is aided and abetted by cities and counties that eagerly snatch at the promise of development extravaganzas in their city. The developments and projects pad their local tax and revenue purses. At the same time, public officials can brag and kid themselves that they are transforming their cities into world class showpieces of development.

No wonder Trump is the opportunity zone’s number one cheerleader. He calls them the” hottest thing going” and spouts the bogus line that they create jobs, business investment, and of course housing for the poor. He’s right about one thing. They do create lots of housing and investment for his billionaire investor pals. The cruel irony is that countless number of the poor are also investors with their tax dollars in the very glittery projects that put them on the streets.

Earl Ofari Hutchinson is an author and political analyst. His forthcoming ebook is The Gentrification Wars (Amazon Kindle). He is a weekly co-host of the Al Sharpton Show on Radio One. He is the host of the weekly Hutchinson Report on KPFK 90.7 FM Los Angeles and the Pacifica Network

Who is going to hold our politicians accountable?

Is America a Racist Country? 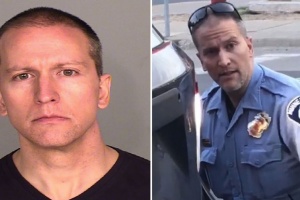 Roadmap to Freedom and a Culture of Achievement
Ex-President Trump?
Comment

Who is going to hold our politicians accountable?

Is America a Racist Country?