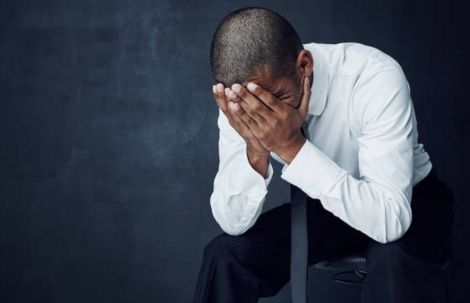 African-American boys and men in America continue to kill themselves at an alarming rate.

Over the past several months the Centers for Disease Control (CDC) has released several reports about the demographics of this national disgrace. African-American men and boys continue to have a higher death rate in nine of the 10 leading causes of death than is seen in women. It is most unfortunate that the overall healthcare system is inherently non-male friendly, and, in some health care situations men tell us they do not feel welcome at all.

One consequence of this shocking and disturbing reality is the male suicide rate in America. Males are 3 to 7 times more likely than females to commit suicide, which explains why suicide is the 6th leading cause of death for males. According to the Health and Human Services Office of Minority Health, African Americans are 20% more likely to experience serious mental health problems than the general population.

African American youth, particularly young-men, who are exposed to violence are at a greater risk for PTSD by over 25%. African Americans are also more likely to be exposed to factors that increase the risk for developing a mental health condition, such as discrimination, social isolation, homelessness and exposure to violence.

A careful reading of the CDC data shows that the current rate of suicide for males is the overwhelming majority of all suicides. And the news gets worse. Recently, the CDC highlighted a significant increase in the number of suicides for teens and younger men. The incidence of suicide for Millennials increased almost 300% from the 1950s for the Baby Boomer generation.

Most male suicides occur in boys and men who have not been diagnosed as depressed or have a history of mental health issues. We believe, in part, this is because:a lack of cultural competence in mental health care, which results in misdiagnosis and inadequate treatment for those of color; African-American men, like men in general, access health care far less frequently then do women; there are no clear guidelines on when and how to screen men; health care providers do not properly or regularly screen them for emotional-wellness. The importance of the screening is underscored by the fact that this is something integral to Well Woman Visits, and for post-partum female care.

Earlier this year, Men’s Health Network (MHN) convened a meeting of 27 internationally recognized experts in health care and mental health to examine the failure to identify mental stress and depression in boys and men and propose a comprehensive call-to-action that provides a blueprint for identifying and helping boys and men in trouble before it is too late. This free report is found at www.MensHealthLibrary.com, Behavioral Aspects of Depression and Anxiety in the American Male.

While the reasons for this national tragedy are complex and still not certain one thing is certain, this is unacceptable in a society that values lives. Report after report, death after death, the situation becomes more and more tragic. There is a tragic and perplexing lack of acknowledgement of the magnitude of male suicide. All too many studies give top line results without underscoring the disparity in male suicide by homogenizing data. This would not be an acceptable practice in most any other type of medical reporting.

Men’s Health Network recommends that those charged with the health and social welfare of boys and men consider the following: 1) acknowledge the heterogeneity of boys and men and the unique needs of diverse populations; 2) develop culturally appropriate male-focused screening tools; 3) develop guidelines that recognize the need to regularly and routinely screen boys and men; 4) address the poor reimbursement for behavioral health clinical services and; 5) establish culturally and gender appropriate programs to identify, interrupt, triage, and manage mental health issues in African-American boys and men for those in the community who interact with boys and men.

In addition, we urge insurance companies and other payers to include adequately reimbursed Well-Man medical visits similar to the yearly Well Woman Visits required under the Affordable Care Act (Obamacare). The ACA, as passed by Congress, does not provide for Well Man Visits.

Men’s Health Network (MHN) is the oldest non-profit organization whose mission is to reach men, boys, and their families about comprehensive wellness and health matters. MHN believes much more can and must be done by all stakeholders in both the public and private sector to address the root causes of suicide and prevent them. The humanitarian, emotional and financial cost to American society of continuing to treat the growing treads of male suicide as just another blended statistic in a long litany of health concerns is no longer acceptable.

We genuinely hope that this new data from the CDC will be the catalyst to bring the topic of men’s health onto the front burner in any discussions of healthcare, whether in Congress, among presidential hopefuls, or in the media. By doing so, we’ll not only save the lives of thousands of men and boys who are dying prematurely, but also improve the lives of the women and girls who love them.

MHN is an international non-profit organization whose mission is to reach men, boys, and their families where they live, work, play, and pray with health awareness messages and tools, screening programs, educational materials, advocacy opportunities, and patient navigation. For information on MHN’s programs and activities, visit them at menshealthnetwork.org, on Twitter (@MensHlthNetwork), and on Facebook (facebook.com/menshealthnetwork), or call 202-543-6461 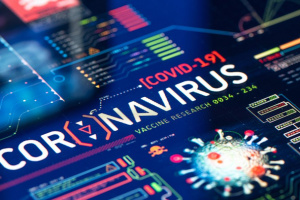 Parting the Waters: How far can you spin a false narrative?
A mindset for the holiday season
Comment

No vaccines, no employment!