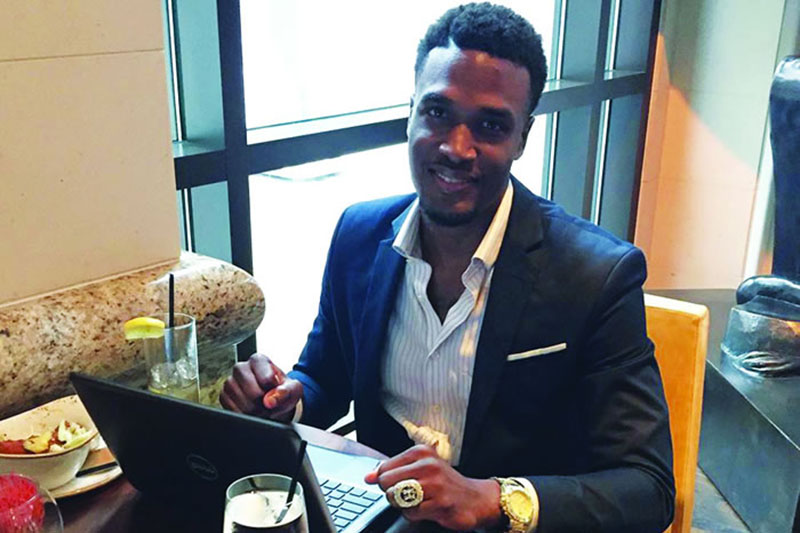 HOUSTON – Malcolm X said “There is no better than adversity. Every defeat, every heartbreak, every loss, contains it own seed, its own lesson on how to improve your performance next time.”

Whites are granted resources and opportunities by their birthright alone. African -Americans must unfairly prove themselves to be worthy of the same resources and opportunity as Whites. African-Americans are sold the dream that financial success is synonymous with education. By the time, the African-American student graduates from high school and start college; they begin to live a life of severe poverty for making an excellent choice to attend college.

Unfortunately, many African-American students in Houston including CEO Donovan Jones experienced social inequity and lack of support. CEO Jones struggles’ led him to personal life-changing challenges. However, difficulties fueled his aspirations to be an entrepreneur.

He is one of Houston’s youngest CEO’s. At the age of 25, he owns three thriving businesses in Houston. Jones can be described as intelligent, driven, determined and a new millennial. He had an academic history of being an honor student and attended the University of St Thomas before he experienced personal challenges. His adversities led to his inspiration to be an entrepreneur.

Due to his transition into manhood, money became essential. Jones needed to support himself through college. Affording general necessities (housing, transportation, food and clothes) was crucial to Jones. Attending college full time and working full time was not a realistic option. Eventually, there was a battle between academic success and finances. In 2013, Donovan was charged with aggravated robbery/deadly weapon.

In Texas, aggravated robbery/ with a deadly weapon carries the potential of 20-99 years in prison. Deadly weapons can be a gun, bb gun, golf club, taser, baseball bat, scissors, or a knife. This crime is one of the most frequent charges some African-American men experience between the ages of 16-21. Although no one was hurt during the robbery, he still faced 20-99 year in prison. The need for money almost jeopardized Jones’s bright future.

However, Jones defense attorney minimized his sentencing to a few months in prison and probation. While in prison, he realized he needed a new plan to make money the right way. During his incarceration, he began to teach inmates French and Arabic to pass the time and help inmates productively.

He practiced yoga and meditated. Mental stimulation is vital in jail. Jones is a multi-faceted individual. He is academically intelligent, financially savvy, chess player, boxer, and pianist. Also, Jones speaks French, Spanish and Arabic. His versatile skills prepared him to be the ideal business executive.

The following year, he founded Route 713, a food delivery service for South Houston – Sunny Side, Third Ward and South Park. He noticed main companies (UBER EATS) did not deliver to minority areas in South Houston. Jones saw the opportunity to support the elderly and provide food delivery services to residents. Currently, CEO Jones is working on a new project primarily focused on finance. He is planning to launch his new company in 2019.

Donovan Jones is distinguished because he creates businesses to hire the unemployed and underrepresented. In opposition to many companies in Houston, Donovan is willing to train and groom entry-level employees for different industries. He takes the time to mentor his employees and provides excellent customer service. Jones considers consumers reviews and suggestion to better his businesses.

Business hours usually start around 6 a.m., and he works 60 hours per week on average. He did not seek the position of a CEO to overseer. He works along the side of his employees as a team.

Jones exemplifies how African-American men can over- come criminalization and clean up their mess. Mistakes and bad decisions can be forgivable. However, the forgiveness starts with you.

IN MEMORIAM: Vernon Jordan dead at 85