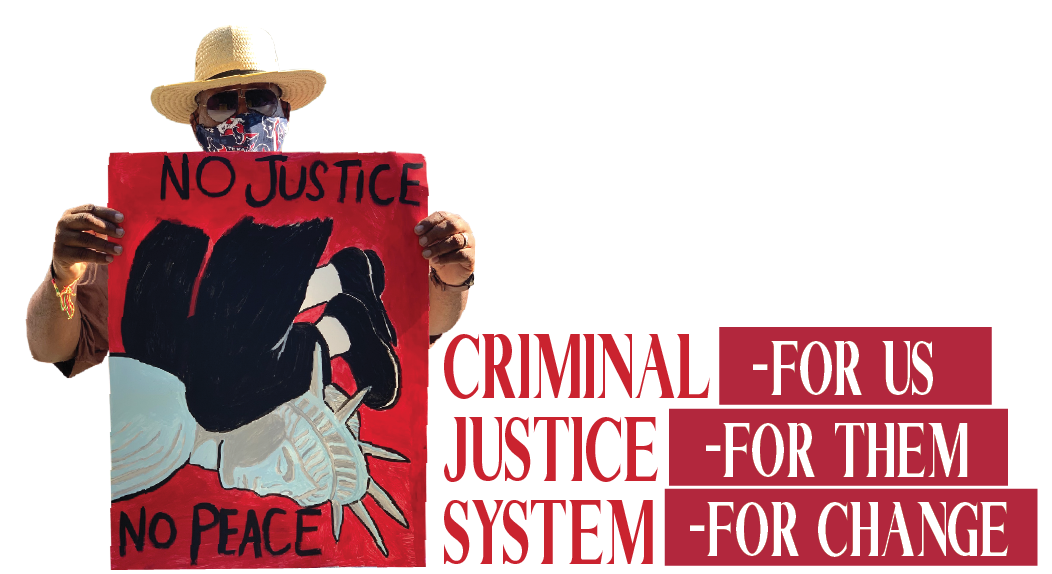 On May 25, Houston native George Floyd pleaded for mercy as he gasped for air and cried out for his mama as a racist cop, Derek Chauvin, knelt on his neck.

The former Yates High School Lion laid helplessly on a Minneapolis pavement, already handcuffed and not resisting, as four officers on top of him waited patiently for him to die. It took eight long, agonizing minutes and 46 seconds but finally, he stopped breathing. Much, many believe, to the satisfaction of Chauvin, who proudly glared into the cameras of bystanders recording the entire incident while begging him to stop.

Now “Big Floyd,” as he was affectionately called by family and friends, is dead, Chauvin is facing charges and the American “justice” system is under attack by angry protesters who are all “sick and tired of being sick and tired,” as Fannie Lou Hamer famously said.

“We’ve got to tear down that whole system. The whole system is corrupt,” Rapper and activist Trae the Truth said, encouraging a peaceful protest in Chauvin’s hometown. “We are going to do this for George Floyd and for Houston, Texas. We are going to show the whole world and the nation what we stand for.”

In the biggest mass protest the country has ever seen, tens of thousands have banded together in cities across the nation demanding justice “by any means necessary,” as the late, great Malcolm X called for.

President Donald Trump, instead of calling for calm, has been speaking out against the protesters, even threatening to release dogs on any ‘thug’ who approached the White House.

How did we get to a point when, in 2020, Blacks remain vulnerable to blatant racism – many claim is being incited by our own president?

“I don’t have to chronicle the long history of our nightmare from 1619 because it’s too well understood to be the subject of any serious debate about how we got to our current state. But at the same time, spaceships don’t come equipped with rearview mirrors,” the Hon. Craig Washington said. “I’ve always maintained that the biggest single thing that led us to where we are today is that, at the end of reconstruction when the Union soldiers pulled out of the South, they left us here without any way to defend ourselves. We didn’t have any weapons nor any law enforcement to protect us. Do you think if we were armed the White Knights and Klu Klux Klan would have felt so free to drag us out of our homes and burn crosses in our yards? Now we have come to a place where the rubber has met the road. We are tired of seeing the Eric Garners and Trayvon Martins being killed. I even had a relative, Jesse Washington, who was lynched in Waco, Texas in 1919.”

And what can we say to our youth who are fighting to live the “American Dream” which was never designed for them?

“The most powerful weapons the Black man have are his money and the power to vote,” African-American News&Issues publisher Roy Douglas Malonson said. “Control the black dollar, you can control ‘the man’ and use your right to vote to put the right people in office, which can help you control your neighborhoods.”

After Rosa Parks was jailed on Dec. 1, 1955 for refusing to give up her seat to a white man on a bus, negroes refused to further patronize the public transportation system, in which they heavily relied upon, and the Montgomery Bus Boycott was born.

Approximately 40,000 negro bus riders—the majority of the city’s bus riders—boycotted the system on December 5 and, later that afternoon, negro leaders met to form the Montgomery Improvement Association (MIA). The group elected Martin Luther King, Jr., the 26-year-old-pastor of Dexter Avenue Baptist Church, as its president. King, along with Ralph Abernathy and other community leaders, decided to continue the boycott until the city met its demands.

Montgomery City Lines lost between 30,000 and 40,000 bus fares each day during the boycott, suffering great financial loss, and after 381 days, the city ended its previous policies and open seating was initiated for all passengers.

“My soul has been tired for a long time. Now my feet are tired, and my soul is resting,” one elderly negro woman said.

Back then, peaceful demonstrators turned the other cheeks when racists threw stones and smashed bricks across their backs, spat in their faces, and released dogs and fire hoses on the youth. Oh, but this is a new generation of young #BlackLivesMatter protesters who, while always beginning peacefully, won’t go down without a fight; and physically, if need be.

“I call this a microwave generation. They don’t know the meaning of crawl before you walk. They want it now, as they should,” Washington said. “But you don’t give your adversary a distraction with looting and rioting, they killed him (Floyd) in worse ways than you kill a dog! That’s the issue.”

As seen on TV and social media, protesters angry over what happened to Floyd have snatched drivers out of vehicles, smashed windows, flipped over cop cars, burned down a Minneapolis police station and are standing toe-to-toe against law enforcement officers, many whom had the previous privilege of hiding behind a badge and a gun. They are calling them out, but are the protesters going about it the wrong way?

An emotional Terence Floyd, the victim’s brother, visited the site in Minneapolis where his brother took his last breath. He made a plea to protesters, asking them to stop looting and rioting in their own neighborhoods, which is only hurting themselves.

“So, if we want to bring about real change, the choice isn’t between protest and politics––we have to do both. We have to mobilize to raise awareness, and we have to organize and cast our ballots to make sure that we elect candidates who will act on reform,” the former president tweeted.

Boxing legend Floyd Mayweather is paying for Floyd’s funeral, which will be held in southwest Houston.

A public viewing will be held from noon to 6 p.m. Monday, June 8, at Fountains of Praise church on Hillcroft Avenue, followed by a homegoing celebration the next day, beginning at 11 a.m.

How long will we have to keep burying our Black men? Which method will you use to fight to keep them alive?